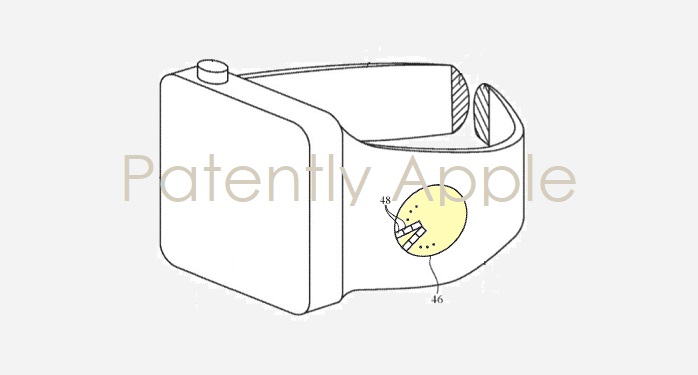 Today the US Patent & Trademark Office published a patent application from Apple that relates to future Apple Watch bands taking on sensors and circuitry so that the body of Apple Watch could be made much thinner over time. Today Apple's ECG is in the body of the watch. In the future ECG sensors could be integrated into the band or "smart band." Apple also opens the door for a fitness band by describing "a wearable band without any wristwatch unit (e.g., a band of the type sometimes referred to as a health band, fitness band, or activity band."

Apple's patent FIG. 2 below illustrates a possible future Apple Watch band that could support light-emitting diodes or tiny display; FIG. 15 is a diagram showing how a flexible printed circuit may be provided with connector contacts that allow the flexible printed circuit to couple to mating contacts in a connector on a watch unit or other electrical device structure. 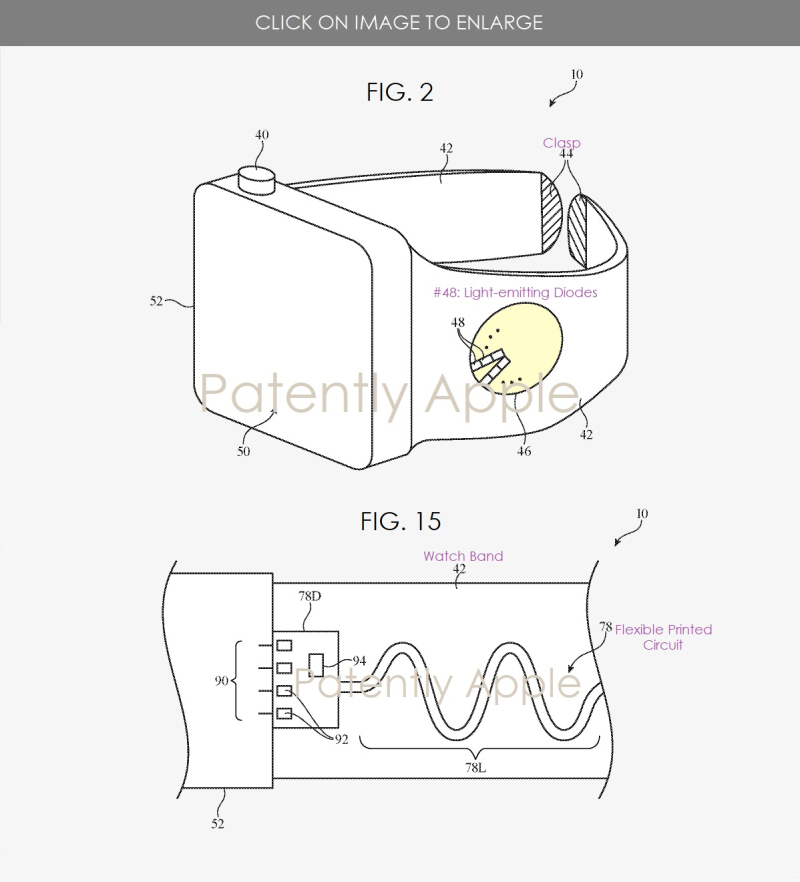 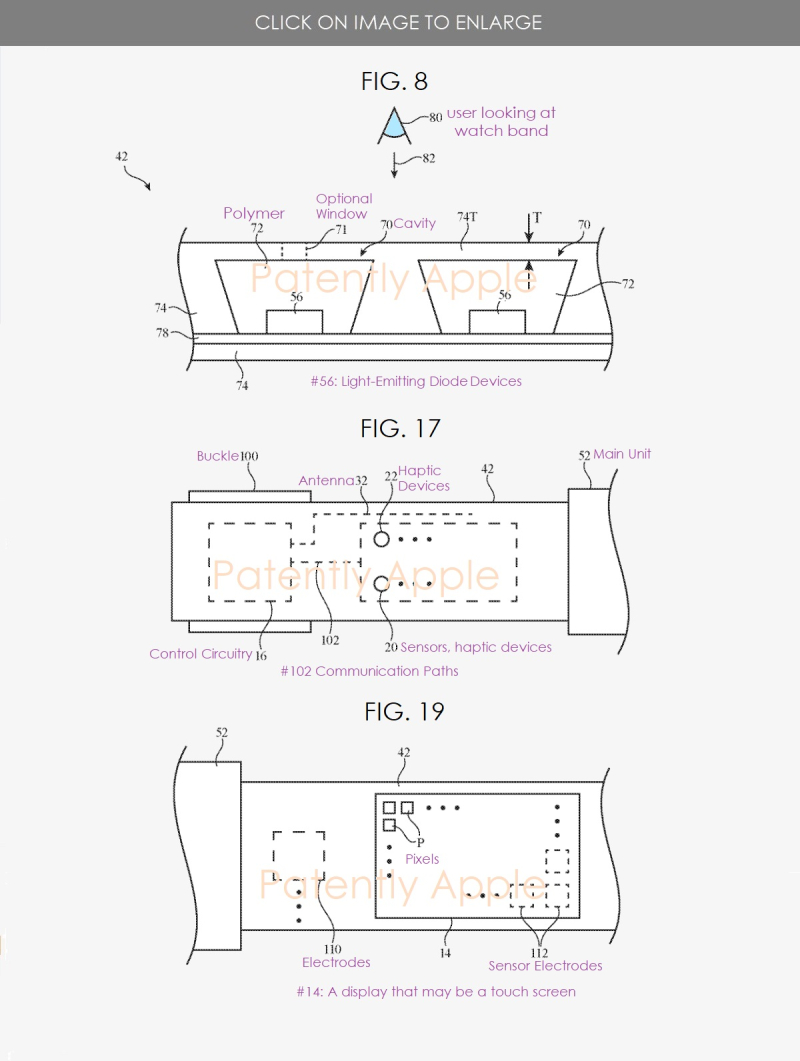 Apple's patent FIG. 19 is a top view of a portion of a band with a display and an electrocardiogram electrode.

The bands could be made with materials ranging from elastomeric polymer to woven fabrics, metals, ceramic, wood, crystalline materials or natural materials.

This is a promising ongoing project at Apple and here are other patent-pending concepts on this theme of smart bands: 01, 02, 03 and 04.

Apple's patent application 20200192423 that was published today by the U.S. Patent Office was filed back in Q4 2019. Considering that this is a patent application, the timing of such a product to market is unknown at this time.