Home Archives Contact Us Subscribe Twitter MeWe Patently Mobile
Apple invented a Waterproofing Port System back in 2016 and today a Slow Motion Video allows us to witness the System in Action
Korea's Fair Trade Commission is winding down their case against Apple, but a final vote on Apple's corrective measures is months away

In March 2019 Patently Apple posted a report titled " Apple Stuns Fans by Admitting that their Multi-Device Charging Pad Branded 'AirPower' has been Officially Cancelled." Dan Riccio, Apple’s senior vice president of Hardware Engineering stated in an email statement sent to Patently Apple and other Apple news sits that "After much effort, we’ve concluded AirPower will not achieve our high standards and we have cancelled the project. We apologize to those customers who were looking forward to this launch. We continue to believe that the future is wireless and are committed to push the wireless experience forward."

After the announcement the U.S. Patent Office continued to publish Apple's IP on its wireless charging pad (01, 02 on overheating issue & 03 slip free top material) along with a new form factor and finally a charging dock as shown below. Despite Apple's admission that their AirPower project was officially cancelled, Jon Prosser revived his April rumor today that Apple's charging pad 'AirPower' is still alive and well and, more specifically, back on track by overcoming its over heating problem. 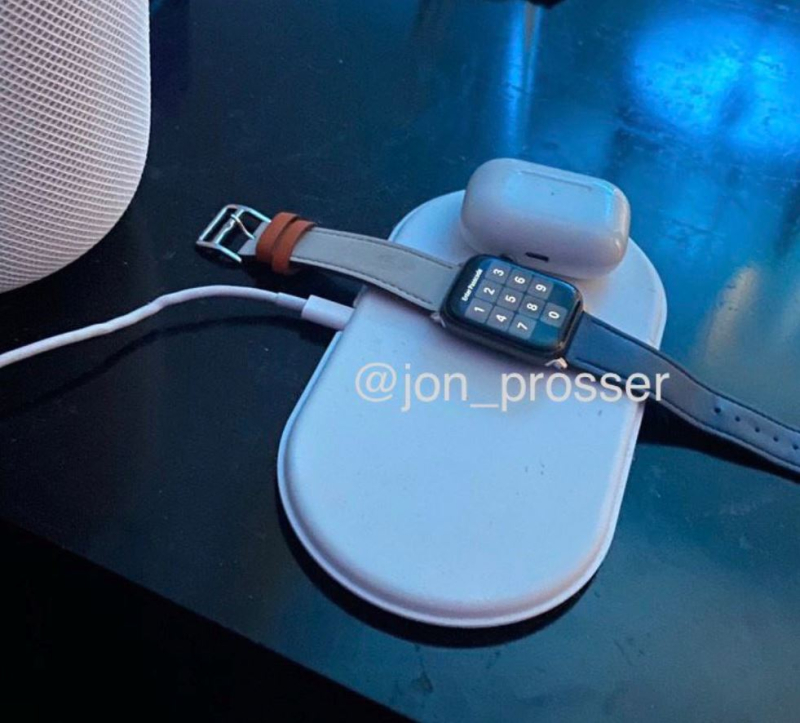 Below is a reply tweet to Jon Prosser from Bloomberg's Mark Gurman stating that "I've had at home (in black, even) since last year, even works with the Apple Watch." Gurman was illustrating an AirPower charging mat from a year ago, without pretense of it being a product that Apple is still working on. 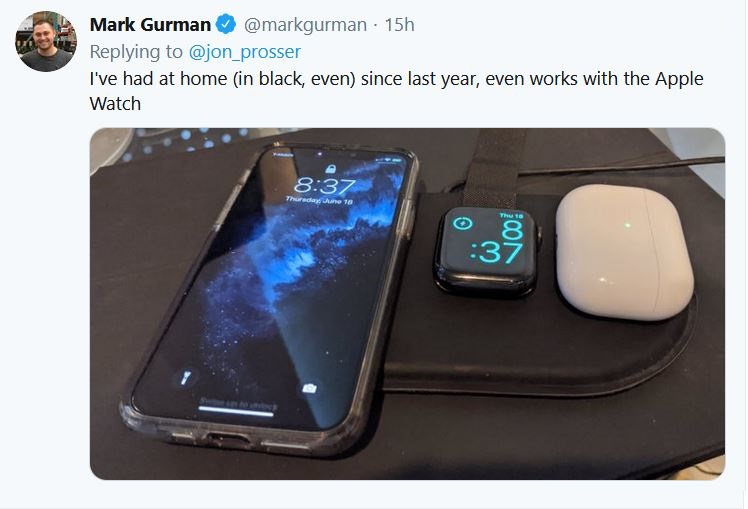 Will Apple resurrect their cancelled accessory? Only time will tell. Until such time, Apple now sells various wireless chargers including the 3-in-1 charging pad from mophie that does exactly what AirPower was to perform. Apple should simply acquire mophie and rename their product(s) AirPower and be done with it already. Hopefully we've heard the last rumor on AirPower.