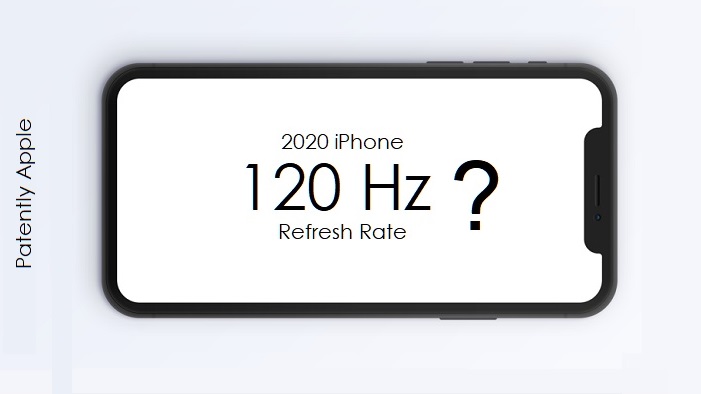 A year ago Patently Apple posted a rumor report titled "Rumor Claims that High-End 2020 iPhones may Introduce Switchable 60/120Hz Refresh Rate Screens like the iPad Pro." The rumor was started by "Ice Universe" as the original tweet below confirms. Other details in May of this year by Max Weinbach about improved zoom and more.

Apple is considering a switchable 60Hz/120Hz refresh rate screen on the iPhone in 2020, and is discussing with Samsung and LG. pic.twitter.com/4aoU303umu

Late yesterday a new video was posted by EverythingApplePro as presented below was posted with more rumors include 4K 120/240FPS mode, Apple Watch series 6 and AirPods 3. Filip Koroy talks speculation, some vague maybe's while rehashing rumors already posted by Sonny Dickson, Ming-Chi Kuo, Elec and more. If you need a good dose of rumors like cafeine freeks need coffee to start your day or week, then you'll certainly get your fix while getting more CAD based eye-candy graphics to go along with it all.

Earlier this month we put forth an idea that would be great to see in the future regarding MacBooks. Apple introduced the killer color Midnight Green last year and is rumored to be introducing Midnight Blue this year. It would be great if Apple would introduce a new MacBook Pro option every year to have the MacBook in the same color of the most recent killer color for the iPhone.

While we won't be seeing that this year to be sure, Koroy tells us in today's video that upcoming Apple Watch Series 6 may introduce a Midnight Blue metal base and band as presented in a graphic below. If they bring this to the watch, perhaps Apple's SVP Marketing Phil Schiller will get it that some fans would appreciate having their hardware color coordinated as well. 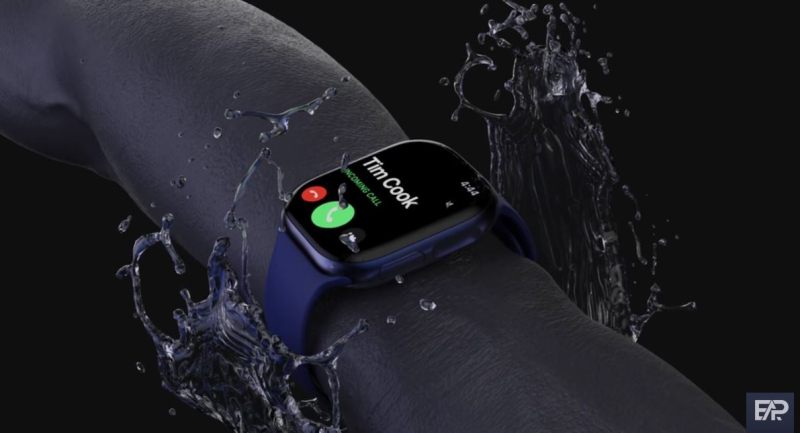 I think that the Midnight Blue Apple Watch would be very popular this year. While we're on the topic of iDevice colors, the Max Weinbach CAD presented below shows us the colors he believes are launching this year. Lets hope that the colors are much sharper and crisper than those in the CAD. The garbage-grape and dead-blue colors as presented below are unappealing. Then again, others may find these colors refreshing. I suppose that it's all in the eye of the beholder.