Home Archives Contact Us Subscribe Twitter MeWe Patently Mobile
The Indian Government has dropped Contentious Clauses in their new 'Production Linked Incentive' Program that could be Positive for Apple
Lil Wayne Interviewed Dr. Fauci on COVID-19 and Dr. Dre on the Murder of George Floyd on his Apple Music Show on Friday 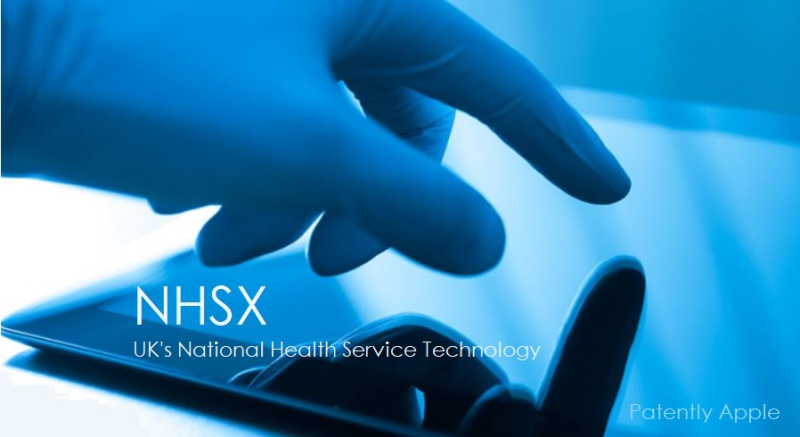 Germany, Italy and the Netherlands have said they will use Apple and Google’s app, but other health officials have clashed with the tech giants, especially France which has urged the tech firms to ease privacy restrictions on its service to make it easier for them to track coronavirus with their own system.

The UK, while it initially developed its own contact-tracing app, is now evaluating the Apple and Google technology for its app as well.

While the countries and national health authorities will build the contact-tracing apps themselves, these will be built on Google and Apple’s software or API. This software puts some limits on what they can do with that data. It cannot be stored in a central server, and cannot collect more granular data, such as GPS data.

This concerns Professor Luciano Floridi, director of Oxford’s data ethics lab who is an advisor to the NHS’s contact-tracing app efforts, a system competing with the one developed by Apple and Google. He warned that European nations turning to Apple and Google for help building their coronavirus contact-tracing apps risk "handing over the keys" to power over healthcare data.

NHSX, which is developing the UK’s app currently being trialed on the Isle of Wight, rejected this approach, saying they wanted more access to the data so they could monitor the pandemic. They wanted less privacy protections.

An Apple spokesman pointed The Telegraph to a joint statement with Google from May 20. It said: "Our technology is designed to make these apps work better. Each user gets to decide whether or not to opt-in to exposure notifications; the system does not collect or use location from the device; and if a person is diagnosed with COVID-19, it is up to them whether or not to report that in the public health app. User adoption is key to success and we believe that these strong privacy protections are also the best way to encourage use of these apps." For more on this, read the full Telegraph report.