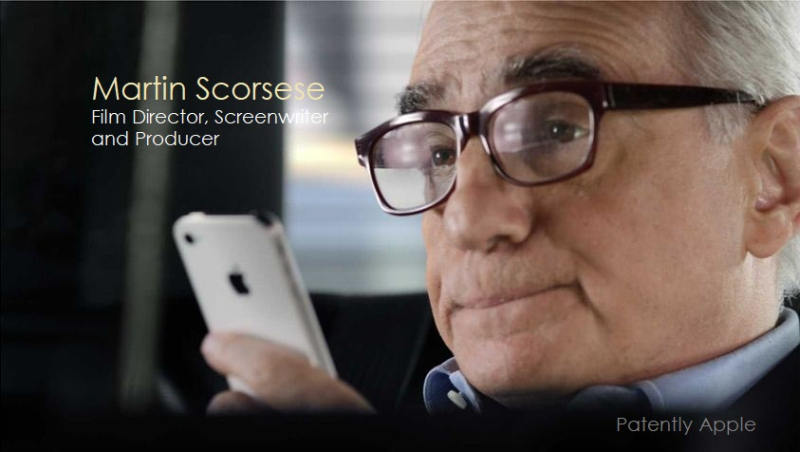 On April 10 Patently Apple posted a reported titled "Martin Scorsese is in talks with both Apple and Netflix for his next Film," titled "'Killers of the Flower Moon." The film, which is poised to star Leonardo DiCaprio and Robert De Niro, was set up at Paramount Pictures that became uncomfortable with movie's escalating budget, with the project expected to cost over $200 million. It's now being reported that Paramount has enlisted Apple to get the film over the hump, though technically the deal will take a few more days to technically finalize the deal.

Sources told Variety that Paramount will still distribute the murder mystery drama, with Apple coming on to finance the pic and also serve as the film’s creative studio.

Imperative Entertainment, whose partners Dan Friedkin and Bradley Thomas acquired the book in 2016, will produce the film. Imperative first bought the book and would later bring on Scorsese and DiCaprio to reteam on the project before bringing it to Paramount.

Based on David Grann’s non-fiction book, “Killers of the Flower Moon” is set in 1920s Oklahoma, where the newly created Bureau of Investigation began investigating a string of murders of wealthy Osage Indians who had been granted revenue rights to oil discovered under their lands. The book carries the subtitle “The Osage Murders and the Birth of the F.B.I.”

For months, the studio and producers had been back and forth on the film’s budget, which those close to the project said ranged between $180 million and $200 million, leading to rumblings about whether the movie would stay at Paramount, move to another studio or go to a streamer like Netflix, which just produced Scorsese’s “The Irishman.” For more on this, read the full Variety report.