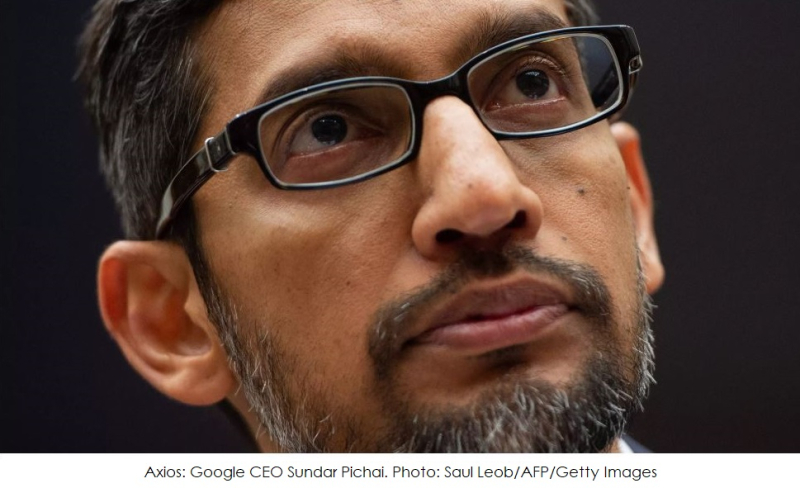 Google's 47-year-old CEO Sundar Pichai has already been dealing with a host of issues including antitrust allegations, employee unrest, and a feeling that the trillion-dollar behemoth dominating global search and advertising was losing mojo as a charming innovator when COVID-19 hit the world. Google has been managing through the crisis, as users turn to its services even more. The crisis uniquely provided Google with the opportunity of collaborating with key rival Apple on contact tracing technology.

Wired Magazine posted a report online yesterday titled "Sundar Pichai Says Google Doesn't Plan to Go Entirely Remote." Their seasoned writer Steven Levy interviewed Google's CEO on wide array of  issues and topics. One of them was on how working with Apple on Contact Tracing came to be.

Levy: You and Apple are collaborating on contact tracing tech that involves both your mobile operating systems. How did that start?

Pichai: Both teams independently had started working on technology to support health agencies in their contact tracing work. Very quickly both sides realized that for this to work well it has to be available everywhere. So engineering teams across Android and iOS organically started reaching out. At some point, Tim and I decided to exchange notes and talk directly.

Levy: How often do you talk to Tim Cook?

Pichai: We meet periodically, for sure. We partner with Apple in many areas. In this case, we felt the sum was greater than the parts.

Levy: Both your companies have been linked to surveillance capitalism, as some call it. But this product was crafted in a way that seems hyper-conscious of privacy, so much so that some people say it won’t be effective because it requires people to opt in.

Pichai: You are right, opt-in is an important principle. We also realized we have to give users real privacy guarantees. I think we have struck the right balance. Even if only 10 to 20 percent of users opt in, this will have a real, meaningful impact. The more, the better.

Levy: Do you think this could open the door for other sorts of collaborations between the companies, which together own the world of mobile operating systems, or is this just a one-off?

Pichai somewhat skirted the question by simply stating that "Large companies working together in service of society is really good for the world. I am committed to finding other opportunities, and I had the same sense from Tim on this."

Pichai's answer seemed to lean towards working with Apple on other "service of society" matters and not on any major product collaboration.

Wired's lengthy interview covers a lot of territory beyond Apple and you can read all about it here.