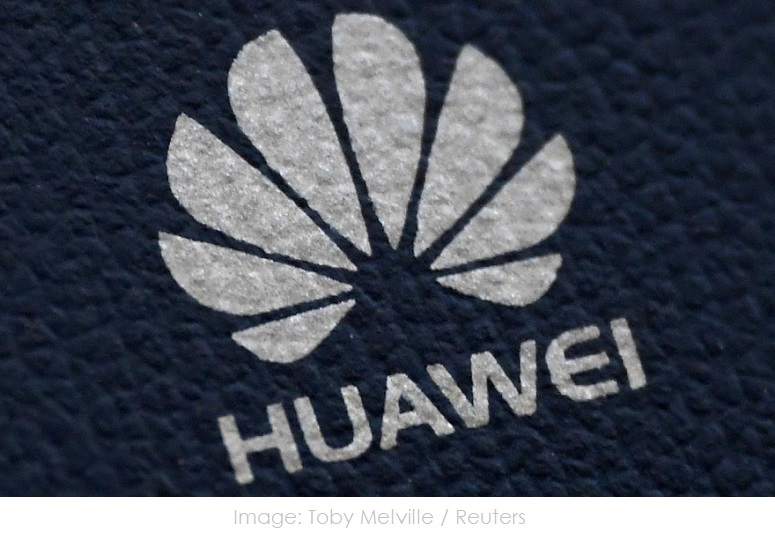 A new rule, unveiled by the Commerce Department and first reported by Reuters, expands U.S. authority to require licenses for sales to Huawei of semiconductors made abroad with U.S. technology, vastly expanding its reach to halt exports to the world’s No. 2 smartphone maker.

The reaction from China was swift, with a report on Friday by China’s Global Times saying Beijing was ready to put U.S. companies on an "unreliable entity list," as part of countermeasures in response to the new limits on Huawei.

The measures include launching investigations and imposing restrictions on U.S. companies such as Apple Inc, Cisco Systems Inc and Qualcomm Inc), as well as suspending purchase of Boeing airplanes, the report said here citing a source.

The Global Times of China report added that "China will take forceful countermeasures to protect its own legitimate rights," if the US moves forward with the plan to bar essential suppliers of chips, including Taiwan-based TSMC, from selling chips to the Chinese tech giant, the source told the Global Times in an exclusive interview.

The Commerce Department’s rule, effective Friday but with a 120-day grace period, also hits Taiwan Semiconductor Manufacturing (TSMC), the biggest contract chipmaker and key Huawei supplier." This may have pushed TSMC to sign on the line to open a plant in Arizona officially announced earlier today. 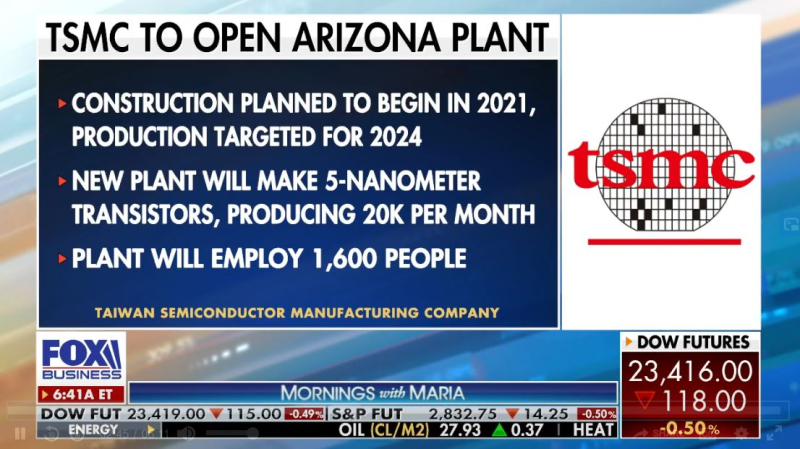 The department said the rule is aimed at preventing Huawei from continuing to "undermine" its status as a blacklisted company, meaning suppliers of U.S.-made sophisticated technology must seek a U.S. government license before selling to it.

Commerce Secretary Wilbur Ross told Fox Business News on Friday that "There has been a very highly technical loophole through which Huawei has been in able, in effect, to use U.S. technology with foreign fab producers." Ross called the rule change a "highly tailored thing to try to correct that loophole." For more on this, read the full Reuters report.

Below is the Fox News interview with Commerce Secretary Wilbur Ross with Maria Bartiromo. The video begins when it comes to the breaking news today about the Commerce Department's move against the Huawei loophole closure. Earlier in the video there's a discussion on TSMC coming to the U.S.