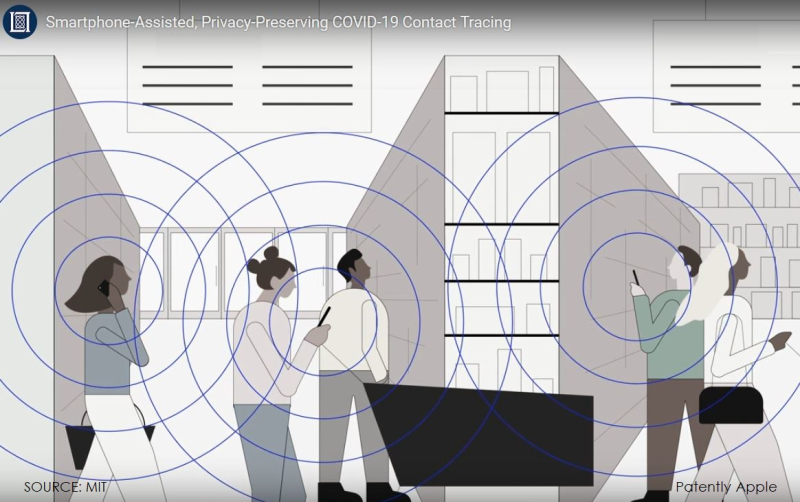 Within the last half-hour Patently Apple posted a report titled " The Canadian Province of Alberta introduced the Country's first Contract Tracing App today, with Version 2 using the Apple-Google System." This afternoon CNBC posted a report noting that the CDC (Centers for Disease Control and Prevention)  published a new document this week, outlining what it views as the critical features of contact tracing apps. The recommendations appear to be good news for the Apple-Google partnership.

Writing for CNBC, Kif Leswing noted that "Millions of people are expected to download contact tracing apps in the coming months to slow the spread of the coronavirus. CDC guidance is important because public health organizations often refer to it when they decide what technology to support.

In the latest CDC publication, the group cites the "PACT protocol" as a an example of the recommended method for using "Bluetooth enabled proximity tracking" while maintaining privacy. Apple and Google, in developing a contact tracing system, took several ideas from PACT, an open-source protocol developed under the leadership of the Massachusetts Institute of Technology (MIT).

The companies will unveil sample apps using their system early next week, company representatives said, and released beta software for developers on Wednesday. Apple and Google have said they’re leaving it to public health authorities to decide what system to make and how to implement it.

At their most basic, contact tracing apps, like those currently deployed in Singapore and Australia, use signals from smartphones to trace who an infected person has been in contact with, so those people can be isolated or tested.

Two broad approaches to digital contact tracing apps have been used. One, often called "decentralized," is anonymous and doesn’t require a phone number or email address to use. The other approach, often called a "centralized system," feeds infection data to public health authorities so they can reach out manually to people who may have been infected.

Apple and Google are among those who support the decentralized approach, saying that it’s a more private way to do contact tracing, and that it can get faster and more widespread adoption because users remain anonymous and are contacted through automation if they’re at risk.