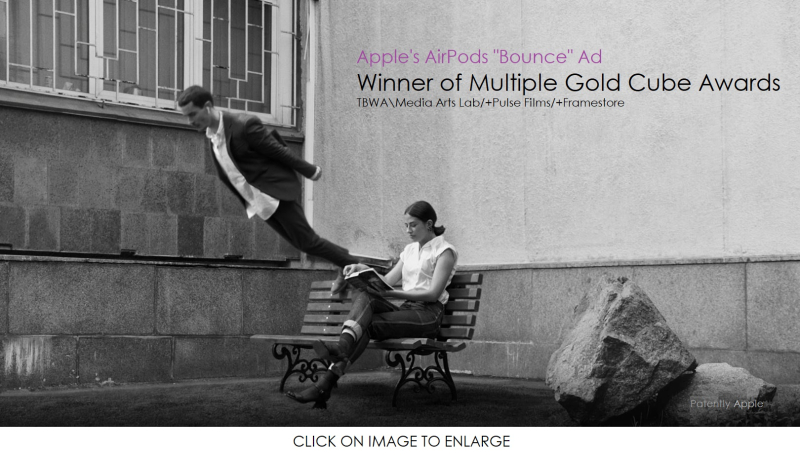 The Art Directors Club of New York (ADC) Annual Awards is the oldest continuously running industry award show in the world. Now in its 99th year, these Awards celebrate the very best in advertising, design, illustration, photography, packaging, motion and digital media, all with a focus on craftsmanship and innovation.

Apple's 2019 ad for AirPods with wireless charging titled "Bounce," that was produced by TBWA/Media Arts Lab/ Los Angeles, was awarded the 2020 Gold Cube.  The Jury behind the awards, which includes Julia Neumann of TBWAChiatDay New York, could be viewed here. 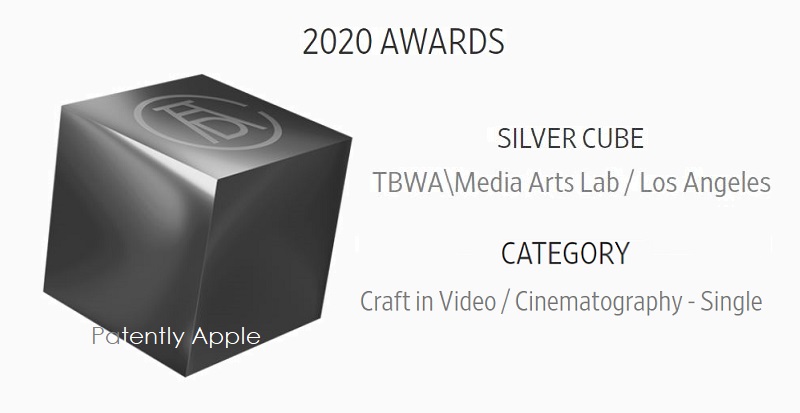 Other awards for Apple ads includes their Silver Cube for their Poster Advertising Campaign for AirPods Pro. There are 10 different AirPods Pro posters from around the world that you can see here. 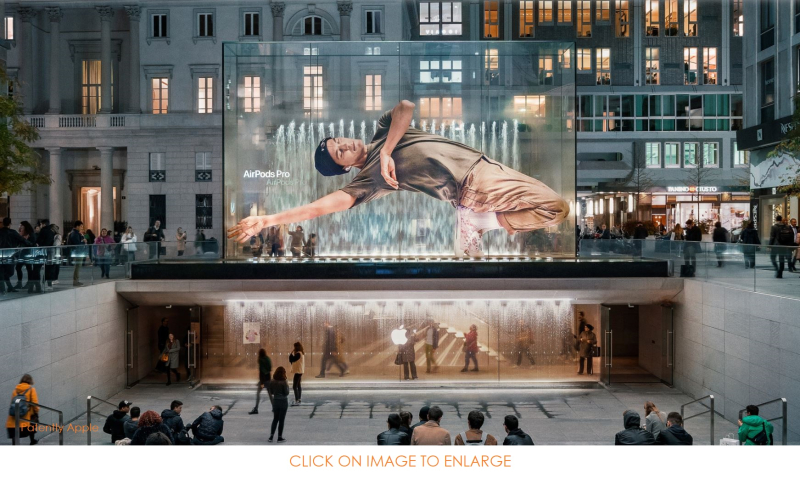 A second bronze cube award for Apple was granted for "Shot on iPhone 11 Pro – Snowbrawl" as shown below.

Certain Apple ads were granted different awards for different categories which you could check out for yourself here.