On Friday Patently Apple posted a report titled "CDC Posts new Contact Tracing Document that opens the door for the Apple-Google approach." Today Apple and Google shared more information on their automatic exposure notification system, including sample UI resources for both platforms as presented further below for potential apps and restrictions on how the system could ultimately be used as presented below. 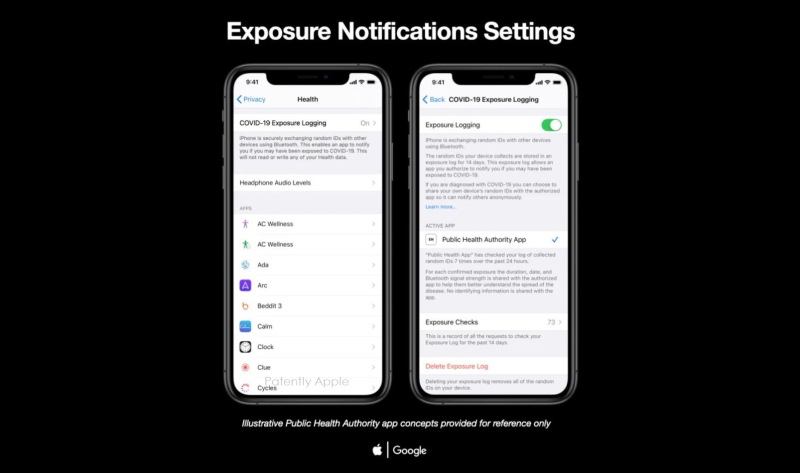 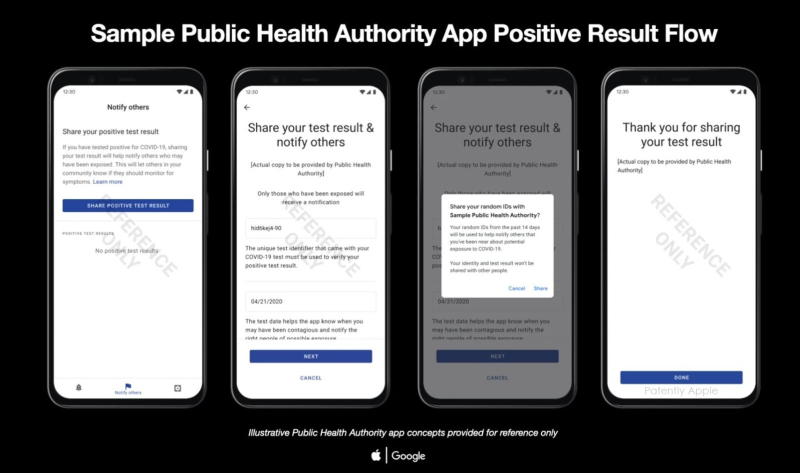 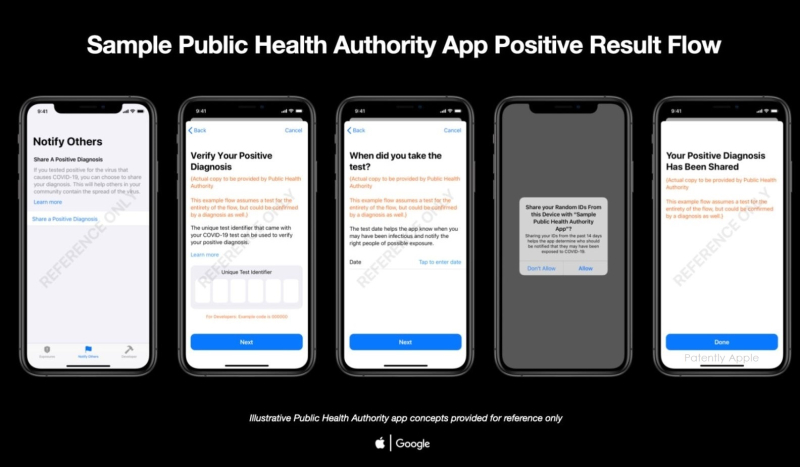 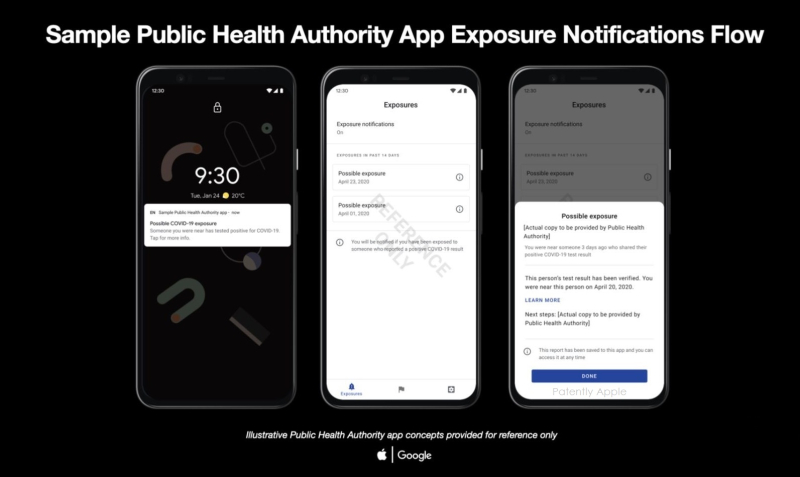 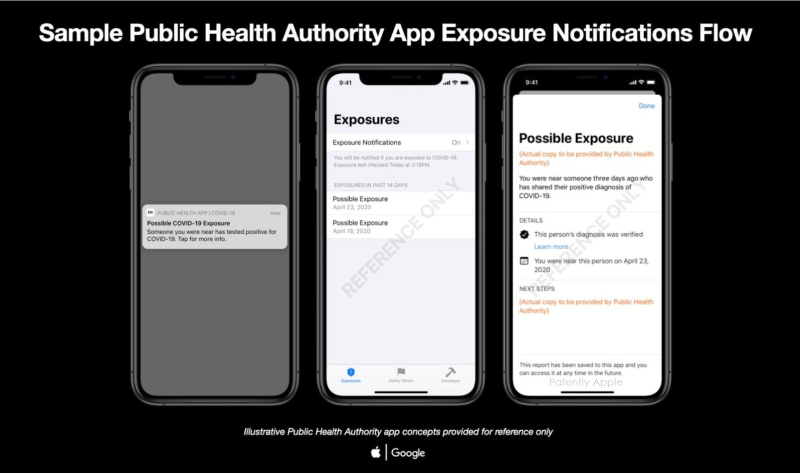 The new interface samples give a sense of how those notifications will work in practical terms and exactly how the companies plan to ensure proactive consent. Intended for use by developers, they show how specific alerts would appear and when particular API calls should be made.

The companies are also sharing a library of reference code (an SDK for Android and an Xcode toolkit for iOS), which the team hopes will serve as 'a starting gun' for app development by public health agencies. Still, representatives clarified that the code itself was not meant to ever ship as an application.

The companies say that they’re also going to continue the pace of updates release for their software and software development kits in advance of shipping the public version of the API to consumers starting later this month.

You could read more about this from both The Verge and TechCrunch.

Bloomberg added to this story by noting that "Apple Inc. and Google said their upcoming contract-tracing tool will be restricted to one public health app per country to get as many people in each nation using the software as possible."

On Friday Patently Apple posted a report titled "The Canadian Province of Alberta introduced the Country's first Contract Tracing App today, with Version 2 using the Apple-Google System." It was revealed in that report that Deloitte, that was behind the Canadian Contact Tracing App, was going to adopt the Apple|Google system due to it having significantly better scaling, privacy and cryptographic qualities.