The U.S. Patent and Trademark Office officially published a series of 62 newly granted patents for Apple Inc. today. In this particular report we cover Apple's patent that demonstrates the detail and commitment to making the Apple Watch accessible to wheelchair users in a meaningful way. Apple first introduced this feature within a special segment of the Apple Watch presentation during their WWDC 2016 event.

Detecting Activity by a Wheelchair user

Various human activities, such as activities by a wheelchair user, involve repetitive motions of the arms. For example, pushing oneself in a wheelchair, rowing, push-ups and pull-ups, and assembly-line tasks may all involve repetition of a sequence of motions using the hands, arms, and wrists. A wearable device may be worn on the hand, wrist, or arm of the person performing the activity. It may be desirable to track activity by a wheelchair user for health, safety, or productivity reasons.

According to one aspect of Apple's granted patent covers a method for tracking activity by a wheelchair user that can include collecting motion data of a user device located on an appendage of the user, detecting by a processor circuit that one or more activities by the wheelchair user occurred based on the motion data, estimating by a processor circuit an energy expenditure by the user based on the one or more activities, and outputting the estimated energy expenditure by a processor circuit. In some embodiments, the motion sensor can include an accelerometer, a gyroscope, a magnetometer, or a combination thereof. 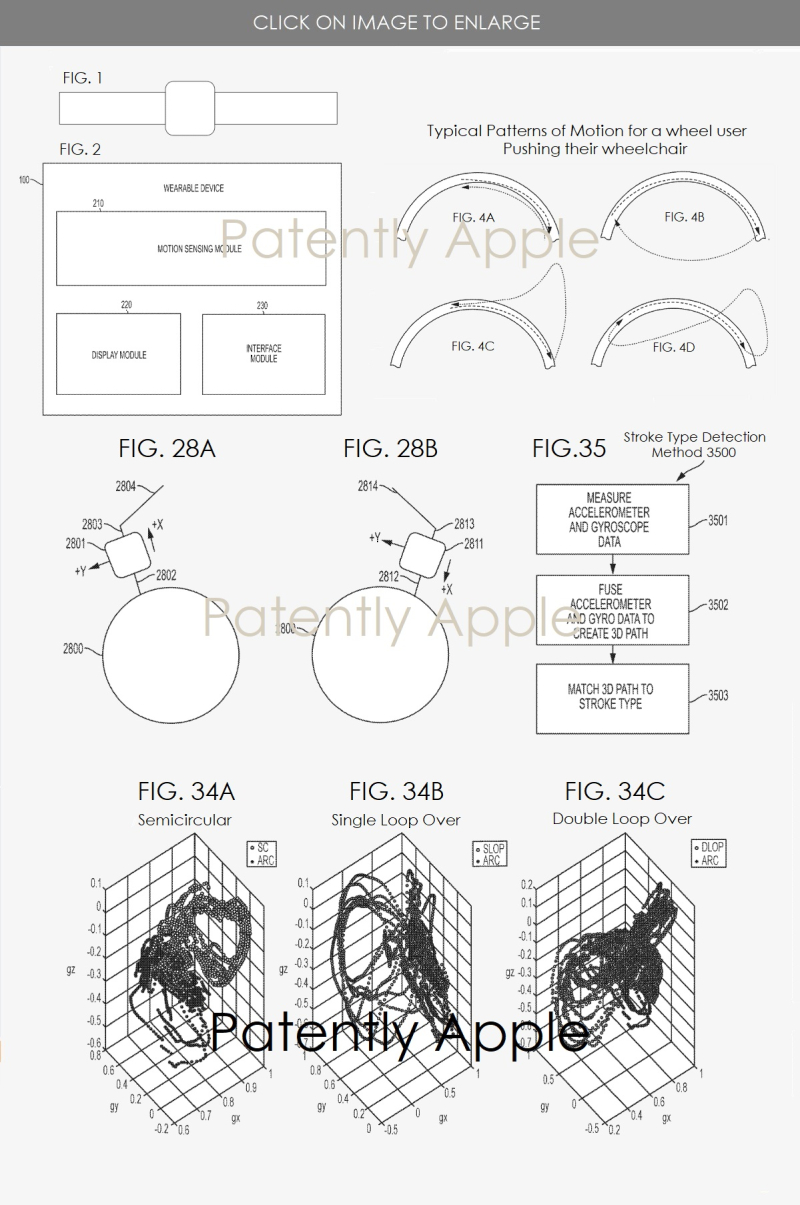 Apple's granted patent 10,646,117 was filed for in Q2 2017 and published today by the U.S. Patent Office. To review the more than 75 patent figures and details, click here. Patently Apple first covered this as a patent application back in 2017.

Below are a few of the wheelchair movements shown at WWDC 2016 that were covered in today's granted patent.