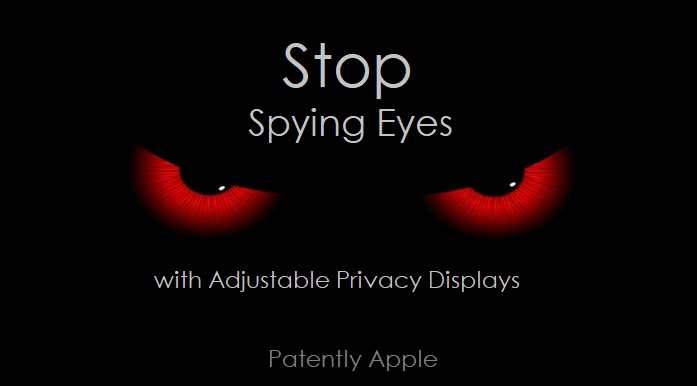 Apple's engineers began to work on displays with a privacy mode as back as 2009 (published in 2011) in context with a tiny iPod display. In February of this year a new display privacy mode patent application surfaced covering flat or curved displays from a MacBook to an iPhone, iPad and Apple Watch. Today a granted patent surfaced covering a more advanced version of this idea wherein a user could one day have the ability to adjust the privacy level that they felt comfortable with.

Apple notes that electronic devices often include displays. For example, laptop computers have displays. Displays are typically designed to display images over a relatively wide angle of view to accommodate movements in the position of a viewer relative to the display. In some situations, such as when a user of a laptop or other device with a display is using the device in public, the wide viewing angle is undesirable as it compromises privacy. Apple's newly granted patent is to finally remedy this.

Apple's patent FIG. 3 below illustrates a cross-sectional side view of a display. An adjustable angle-of-view control layer such as angle-of-view adjustment layer #90 may overlap the footprint of the display and have one or more electrically adjustable structures that the control circuitry can control dynamically to place the display in a normal viewing mode or a private viewing mode.

Layer 90 may, for example, have one or more liquid crystal layers that can be adjusted to produce a variable amount of viewing angle restriction (adjustable privacy) based on user input, input from sensors, information on the nature of which content is being presented on the display etc. 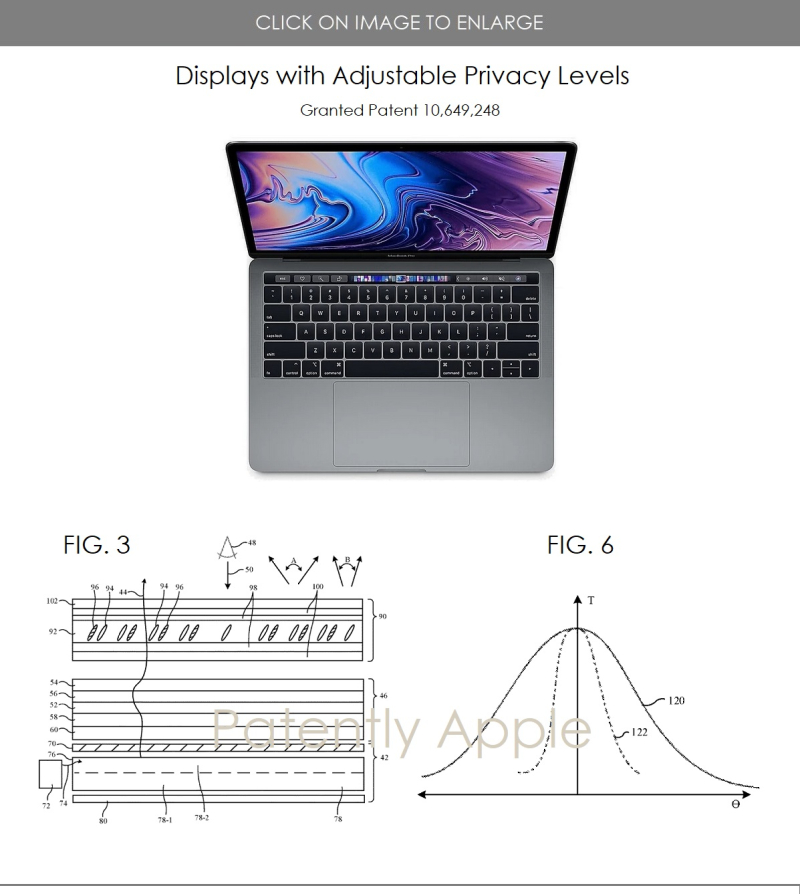 Apple's granted patent 10,649,248 was originally filed in Q4 2017 and published today by the US Patent and Trademark Office. This granted patent was never made public as a patent application under Apple to keep it off the grid until it was granted.