Today, the U.S. Patent and Trademark Office published a granted patent from Apple that reveals their possible evolutionary process of first eliminating just the physical trackpad to get users used to the idea of it not being a fixed-positioned physical component of the MacBook. The new design granted today will allow a user to change the position of an illuminated area trackpad to anywhere along the width of the MacBook. Once users are familiar with the new illuminated based trackpad, Apple could then move to the more radical step of replacing the physical keyboard with one based on illumination that we'll be covering in a second granted patent report. 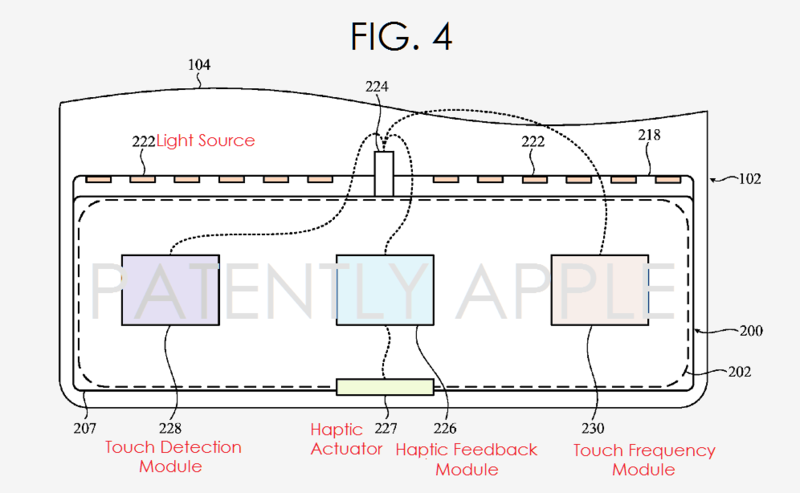 Apple's patent FIG. 4 above shows a bottom view of a portion of an electronic device including a dynamic input surface, a haptic feedback module, a touch detection module and a touch frequency module.

Apple's granted patent 10,656,719 that was published today by the US Patent and Trademark Office was a part of a 2016 patent application. To view more patent figures and details of this invention, review our original patent application report here.