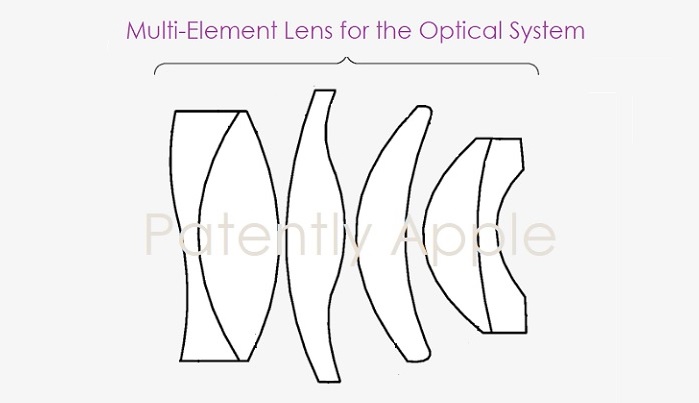 Of late, there's been all kinds of speculation about Apple's first AR glasses product coming to market sometime over the next two years, including a bizarre rumor about a special Steve Jobs edition (with thin rounded lenses). Perhaps we'll see that by 2030 – but for now, it's a silly rumor fantasy.  While those rumors were flying around yesterday, another optical system patent application from Apple was published by the US Patent & Trademark Office.

Apple's ramp up in patent applications for both a Head Mounted Display device and smartglasses along with accessories have been accelerating over the last year. There have been 23 patent related inventions revealed in the first five months of 2020 alone.

In Apple's patent application background published yesterday they note that a head-mounted device such as a pair of virtual reality or mixed reality glasses may have a display for displaying images for a user. An optical system can be used to direct image light from the display to the eyes of a user.

The process of using an optical system to provide images from a display to the eyes of a user in a head-mounted device has the potential to introduce image distortion.

Challenges may also arise in forming an optical system that is sufficiently compact to wear on the head of a user. If care is not taken, an optical system for an electronic device may be overly bulky and may not exhibit satisfactory optical performance.

A head-mounted device such as a pair of augmented reality glasses that is worn on the head of a user may be used to provide a user with computer-generated content that is overlaid on top of real-world content. The real-world content may be viewed directly by a user through a transparent portion of an optical system.

The display system may include reflective displays such as liquid-crystal-on-silicon displays, microelectromechanical systems (MEMs) displays, or other displays.

The image light may pass through the multi-element lens and may be coupled into a waveguide using an input coupler such as a prism." 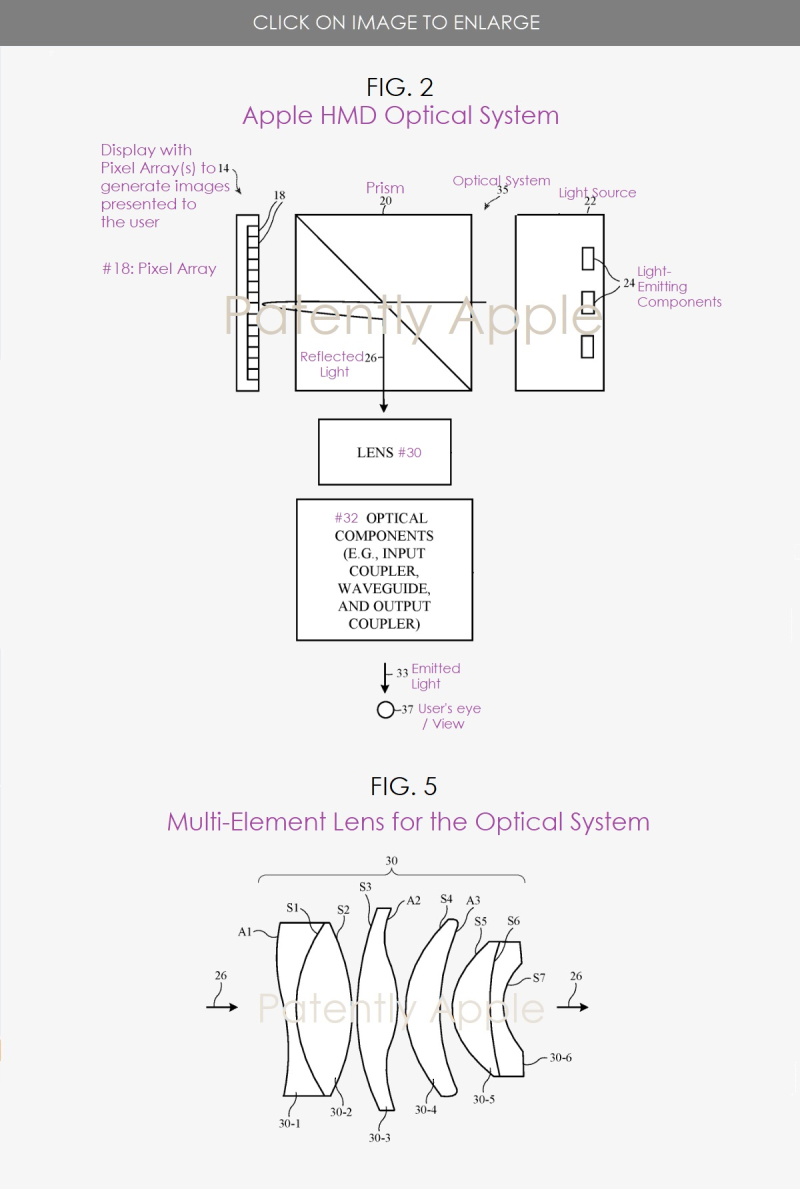 While Apple's smartglasses invention doesn't introduce us to exciting features like "X-ray mode" or a special 'Cheat-mode" for students, it does show us that Apple is out to overcome the current overly bulky AR smartglasses designs available today.

More importantly, Apple's optical system revealed today is carefully being designed to deliver superior optical performance. The other cool stuff will come later on, to be sure.

For engineers wanting to delve into the finer points of this invention can do so by reviewing the full patent here. Considering that this is a patent application, the timing of such a product to market is unknown at this time.