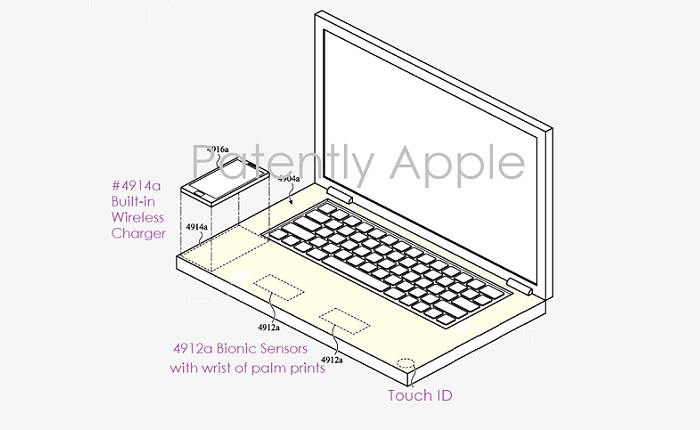 Apple has filed a number of patent applications over the years that covered various aspects of their project involving virtual keyboards for the iMac and unique MacBook Pro designs that introduce dual displays that could accommodate virtual keyboards and other interfaces (one, two, three and four). Apple was granted their first patent for a dual display MacBook in February 2018.

Today U.S. Patent and Trademark Office officially granted Apple a patent relating to future MacBooks with a transparent finger sensing system placed over the keys that will allow users to draw a quick straight or curved line, circle or a box right on the keys to put into a report without even blinking. The granted patent also illustrates other key MacBook features like building a wireless iPhone charger right into the palm rest area as presented in our cover graphic above. Apple even envisions newly advanced biometrics that are interesting.

Cutting to the chase, Apple's patent FIG. 32A presented below depicts a MacBook with an integrated finger sensing system; FIGS. 48A/B/C/E depict example of a user applying their finger in various ways and have it appear on the display the MacBook to make a quick line or a curved line or draw a box and so forth. 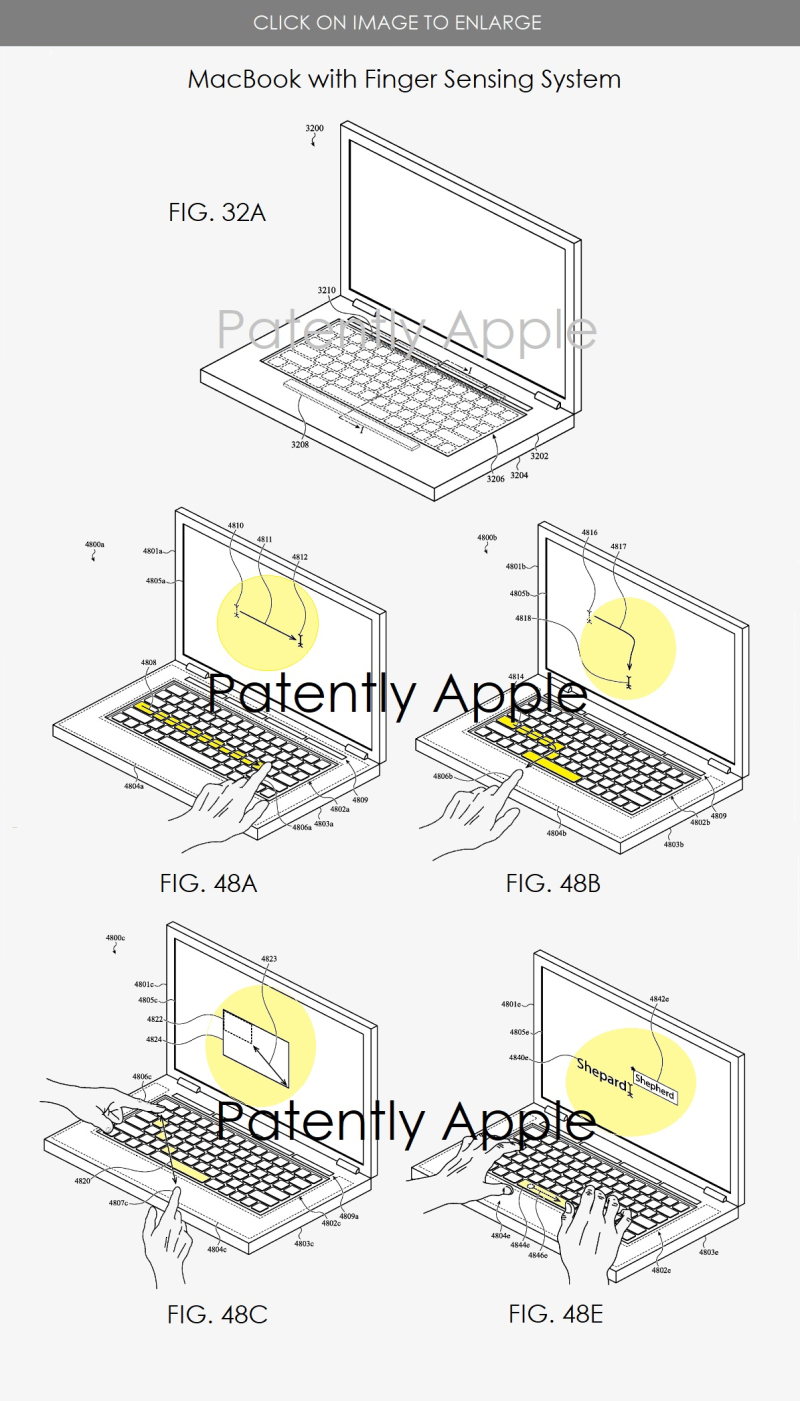 In Apple's patent FIG. 48F we see that Apple's engineers envision the use of a dual-display MacBook or iPad, depending how you look at it. 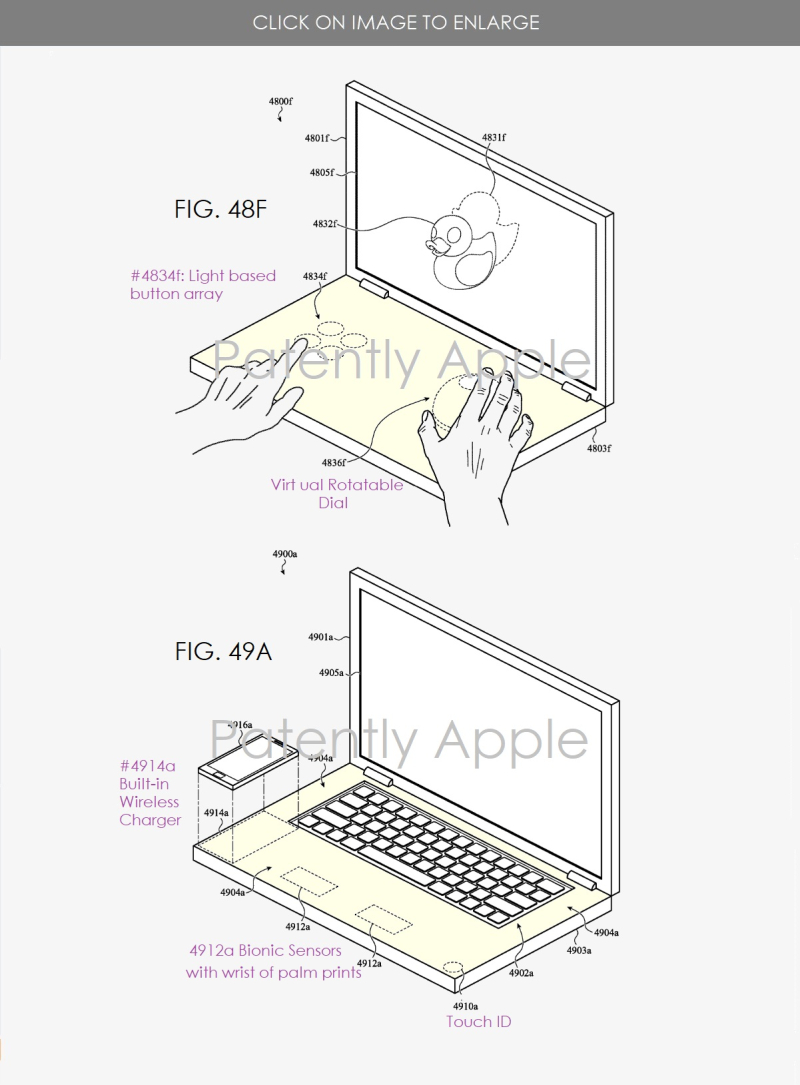 Apple's patent FIG. 49A above illustrates a MacBook with an iPhone recharger built-into the palm rest area. The patent figure also illustrates that Apple may add future biometrics into the palm area.

More specifically, the biometric sensors #4912a may be configured to detect biometric information about the user through the top case. For example, the biometric sensors may detect palm- or wrist-prints, detect a user's heart rate, blood oxygenation levels, temperature, and the like. In the age of COVID-19-like diseases, having the ability to take your temperature quickly while at school or work could prove to be valuable.

Apple envisioned a dual display device (MacBook and/or iPad) well ahead of Microsoft's Surface Neo dual display tablet that has now been delayed until 2021.

Apple's granted patent 10,656,714 was originally filed in 2018 and published today by the US Patent and Trademark Office. Patently Apple posted Apple's patent application for this inventioin back in August 2018 and you could check it out here for more details and patent figures.