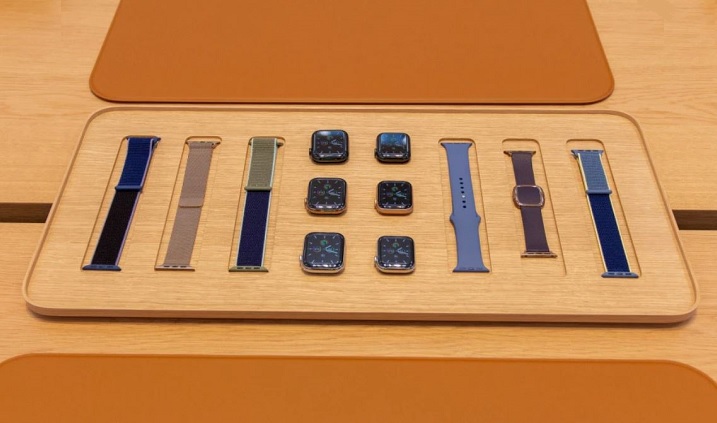 On Friday Apple was granted a series of new design patents from the Hong Kong Patent Office covering 'Apple Watch Studio' in-store display trays that sit on Apple Store tables. One such design in photo form is illustrated as our cover graphic. In total 16 images were granted, with our report covering ten of the key figures.

In other IP news, Apple also filed for the 'AirPods Pro' trademark in the U.S. and USPTO issued Apple a Registered Trademark Certificate for 'ClassKit." 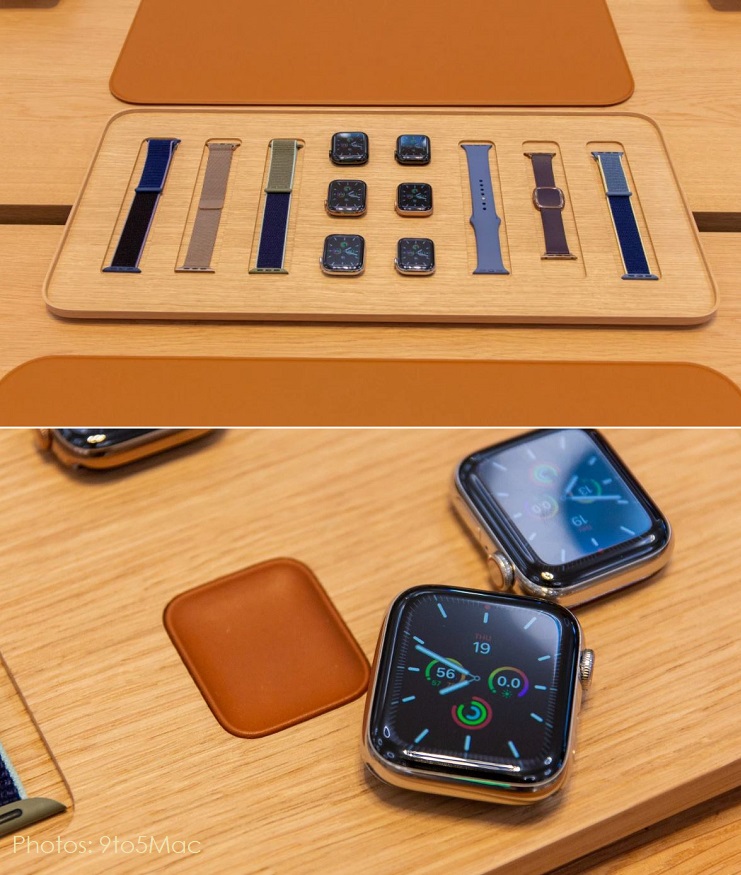 Yesterday the Hong Kong Patent Office granted Apple a series of design patents covering 'Apple Watch Studio' in-store displays. The first two designs presented below cover designs having space-grooves in a tray to accommodate 6 watch bands and 6 cases; and another with grooves to accommodate 3 watch bands and 3 cases.  All of the designs were filed under the Locarno Classification 20 – 2 which covers "Display and Sales Equipment." 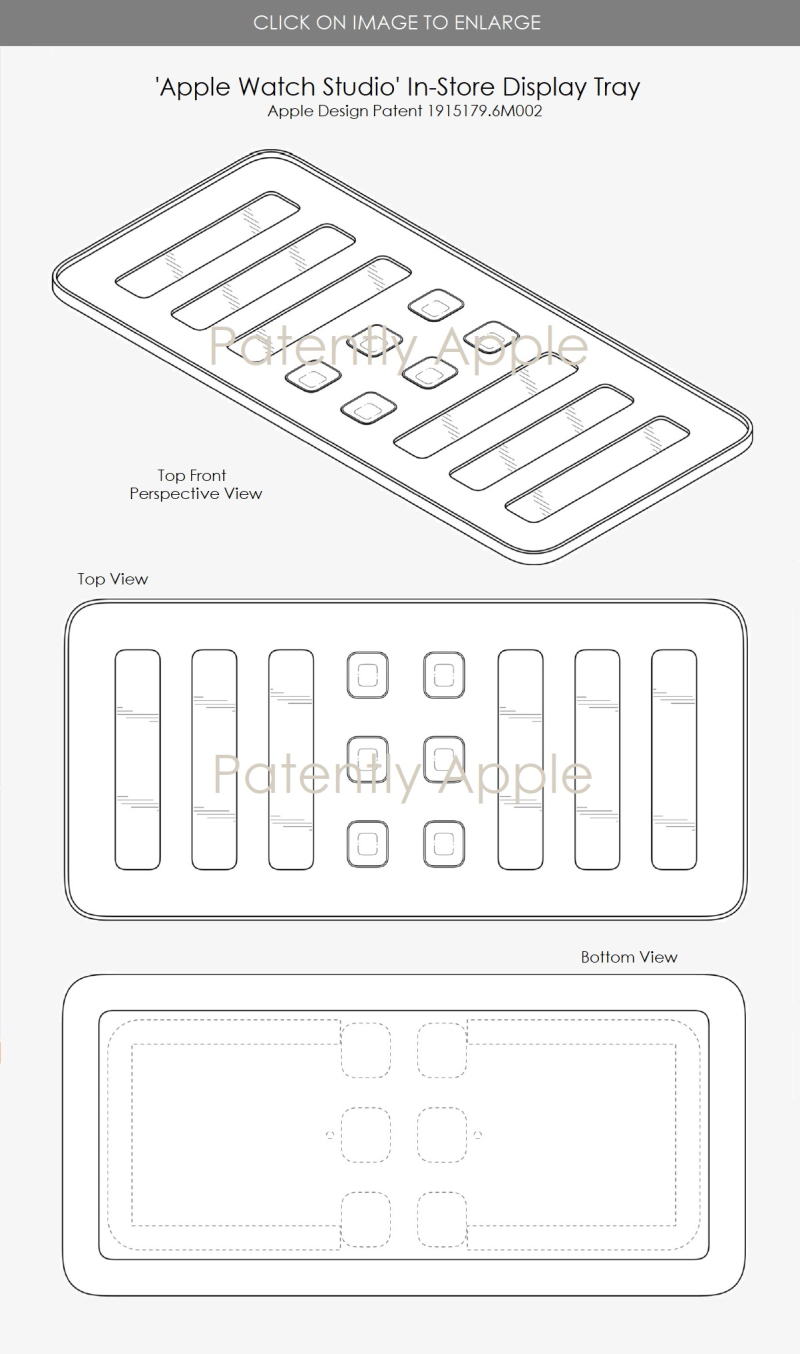 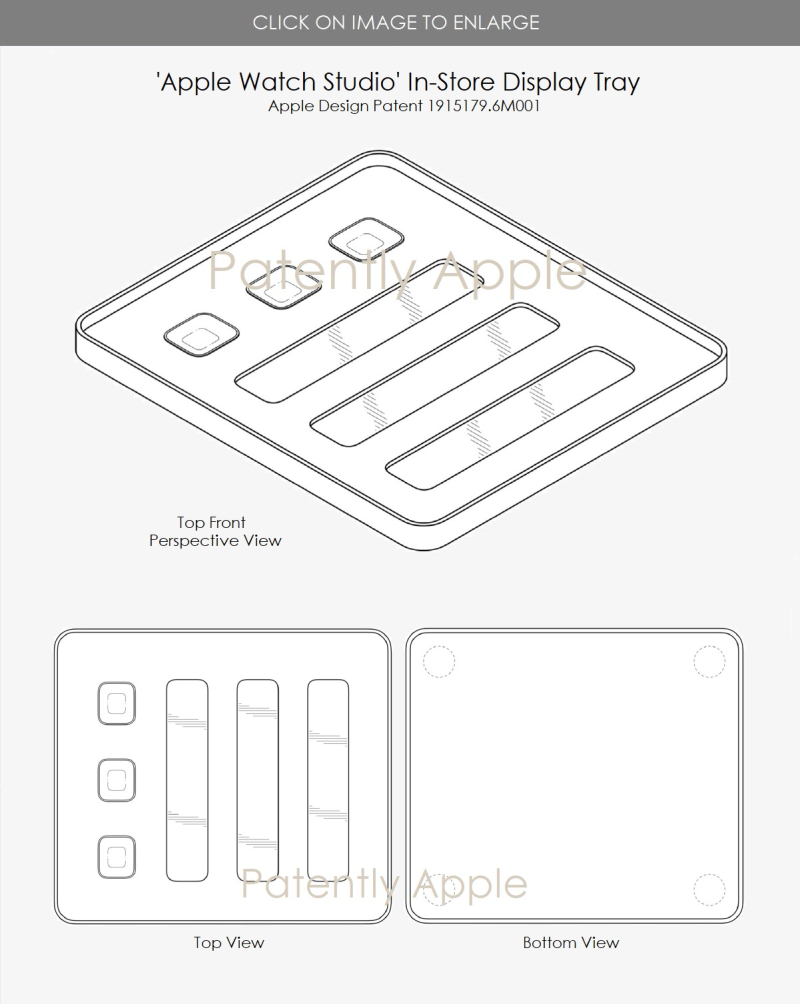 In the second round of design patents for 'Apple Watch Studio' in-store displays we're able to see alternative designs with just case grooves and space for bands to sit in, with the last display being a totally empty / groove-less tray design for maximum flexibility to accommodate as many watch bands and cases as needed by the sales representative serving a customer. 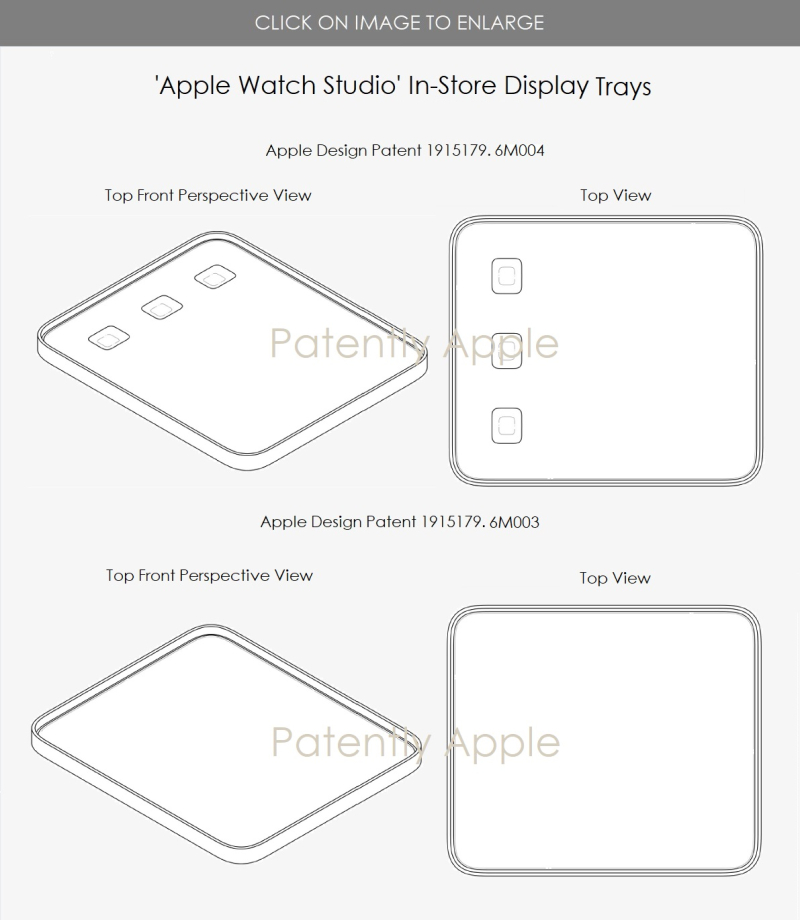 Below is a partial of one of the design patent forms issued by the Hong Kong Patent Office for the Apple Watch Studio in-store displays under number 1915179.6M002. 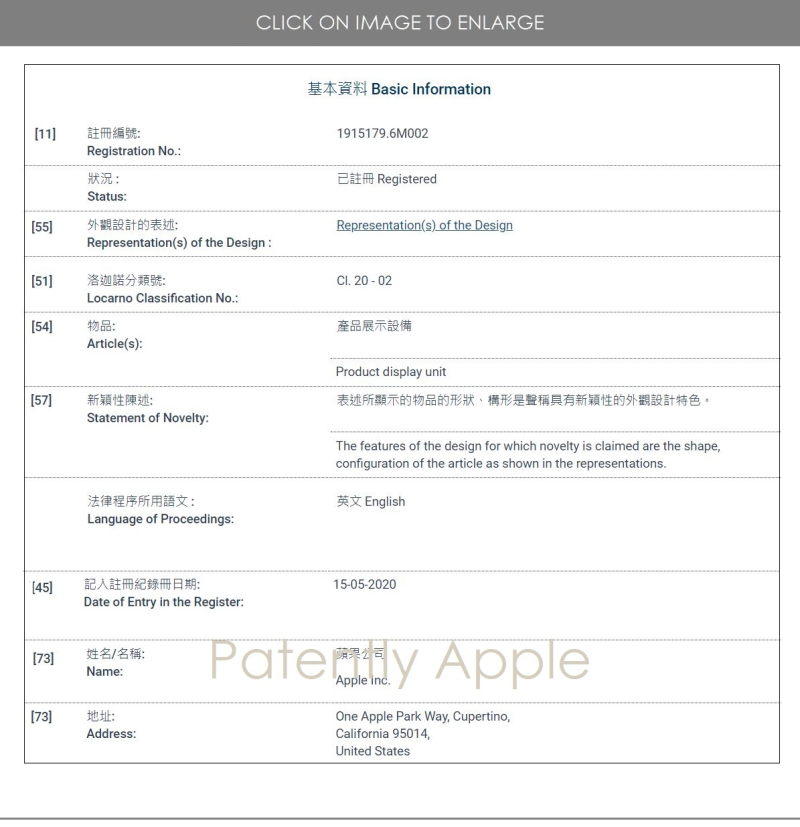 Other IP News this Week

In other IP news this week, Apple filed for the 'AirPods Pro' trademark under 88831036 that was filed in March and published last week. USPTO also issued a certificate of registration for the trademark "ClassKit," under number 6,053,970 as presented below. 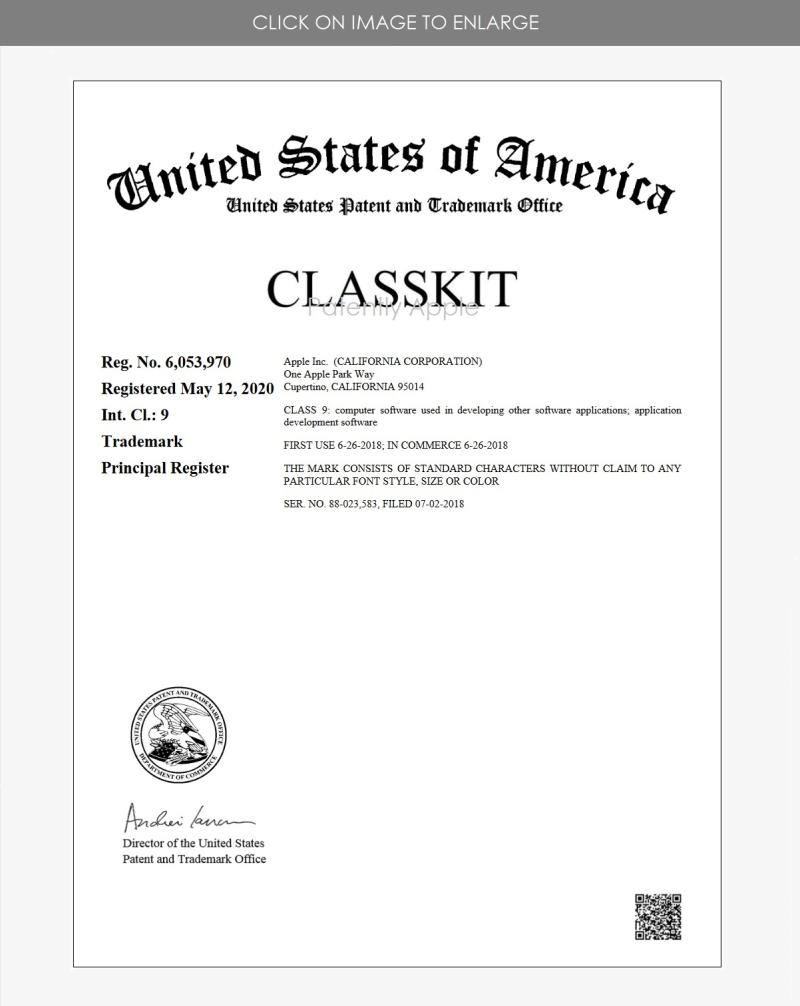