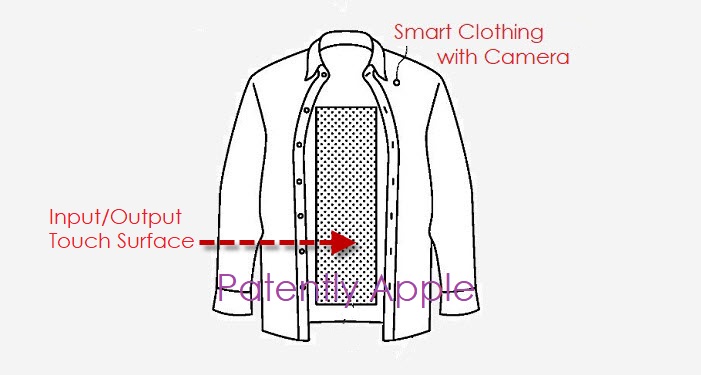 Back in mid-2018 Patently Apple posted a patent application report titled "Apple Invents First Advanced Navigation Guidance System for the Blind that could Eliminate Cane or Dog Guidance." It was a major overview covering a series of technologies Apple was working on for the sensory impaired. Yesterday the U.S. Patent and Trademark Office officially published Apple's patent as one being given granted status.

One of the inventions discussed in the granted patent for the sensory impaired is seen in our cover graphic in the form of smart clothing with a built-in camera and frontal touch surface to assist users feel tactile output and feedback.

Apple's Patent FIG. 1 below illustrates Apple's technology assisting those impaired to cross the street without the use of a traditional cane. 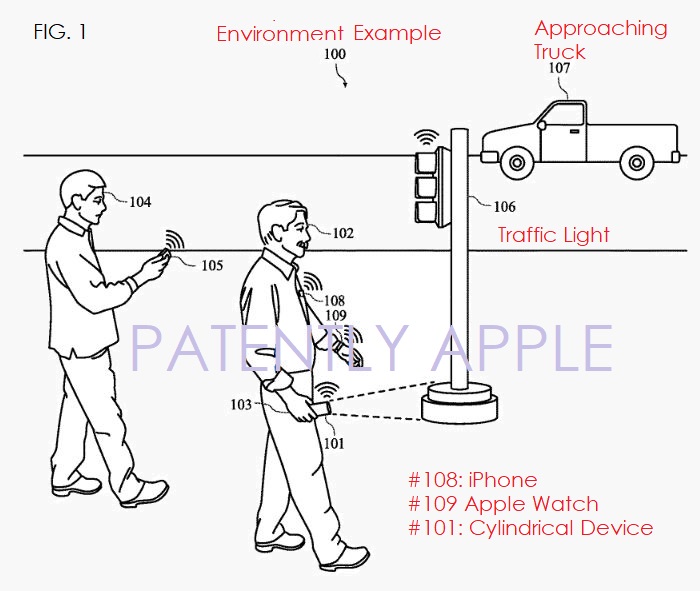 Apple's patent FIG. 2 below shows a user navigating through yet another example environment using the new guidance device which may or may not be an iPhone. 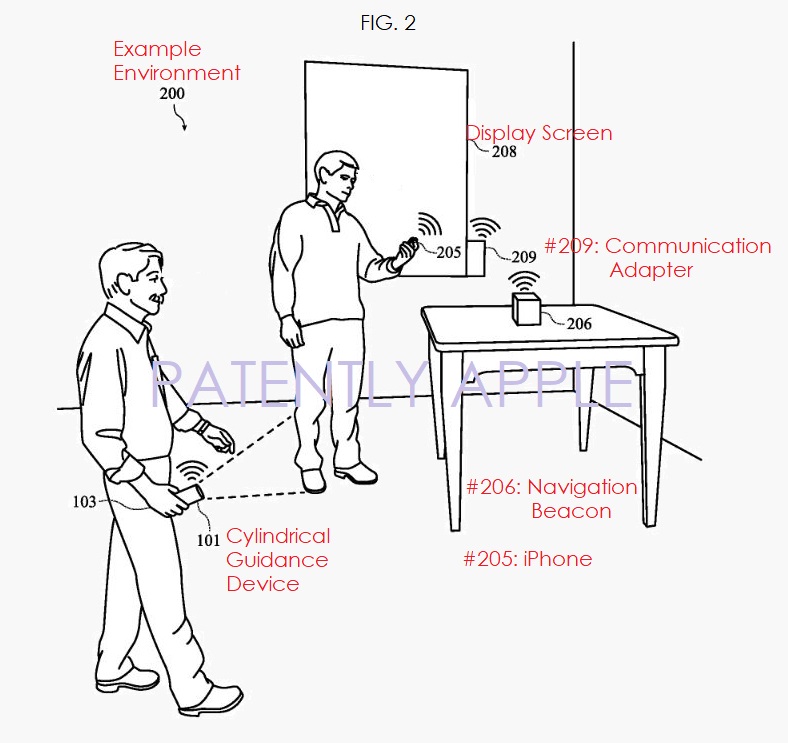