In August 2018 Patently Apple posted a legal report titled " Zomm Sues Apple for stealing their Technology related to the Apple Watch 'Emergency SOS' Feature & more." Zomm noted in their original court filing that they were contacted by Apple to explore the possibility of selling their product through Apple's brick-and-mortar retail stores and online channels. They later claimed that Apple stole their technology after working with them for years under a Confidentiality Agreement.

Today we're learning that Apple was able to convinced a patent office tribunal to invalidate Zomm's device patent that’s also being contested in a separate lawsuit. 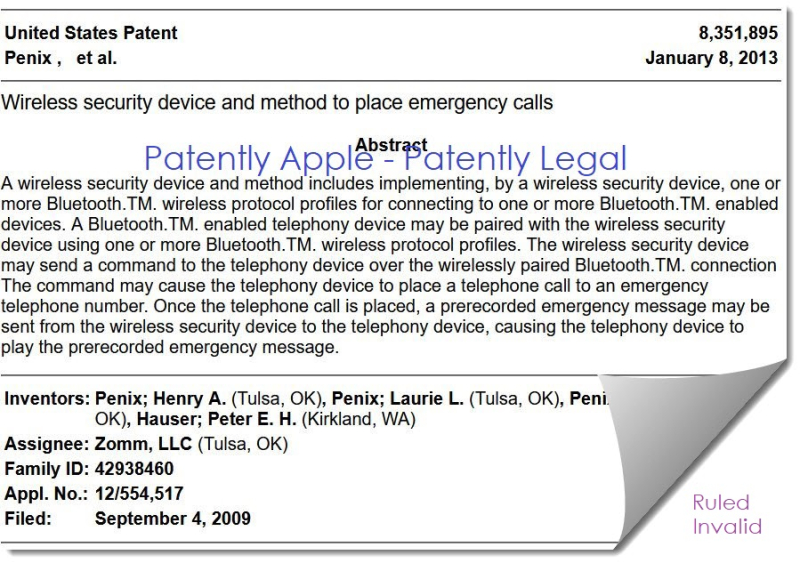 According to Bloomberg Law, the Patent Trial and Appeal Board stated that Zomm's U.S. Patent No. 8,351,895 titled "Wireless security device and method to place emergency calls," was invalid because "it’s obvious" in light of a previous invention.