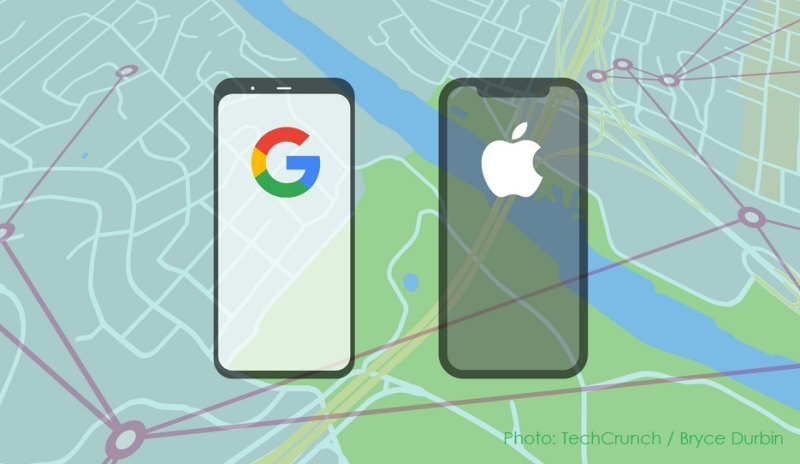 The first states that are committed to publicly using Apple and Google’s contact tracing technology are Alabama, North Dakota and South Carolina. The technology is designed to slow the spread of coronavirus by tracking who a person has been in close contact with.

More specifically, Apple and Google technology will be used in North Dakota’s CARE19 app, and the South Carolina SC-Safer-Together app, according to statements distributed by the companies.

North Dakota governor Doug Burgum said in a statement: "North Dakota is excited to be among the first states in the nation to utilize the exposure notification technology built by Apple and Google to help keep our citizens safe."

Apple and Google won’t make the actual contact tracing apps, government health bodies will. The companies have revealed that at least 22 countries and a number of US states have requested and received access to the Apple-Google technology.

The Apple and Google approach was designed to protect users’ privacy and limit the use of personal information in digital contact tracing.

The companies won’t allow apps built with their technology to use GPS data, which can pinpoint a user’s location, and won’t allow governments to turn them on silently, company representatives said. The companies also say they will restrict governmental authorities to collecting the minimum amount of data necessary, and nobody will be able to use the data for advertising or other uses.

Without using the Apple and Google system, apps will have difficulty using Bluetooth to trace contacts, because both iOS and Android restrict the use of Bluetooth in the background. Apps that haven’t used the Apple-Google system, like Singapore’s Trace Together app, have run into battery life and usability issues. For more on this read the full CNBC report.

Today Apple also released iOS and iPadOS 13.5 with a major health update. More specifically, the iOS 13.5 update introduces the Exposure Notification API created by Apple and Google, which is designed to allow public health authorities to create COVID-19 contact tracing apps with the aim of slowing the spread of the virus. Below are a few of the example user interfaces provided by Apple and Google for their COVID-19 Exposure Notification App. 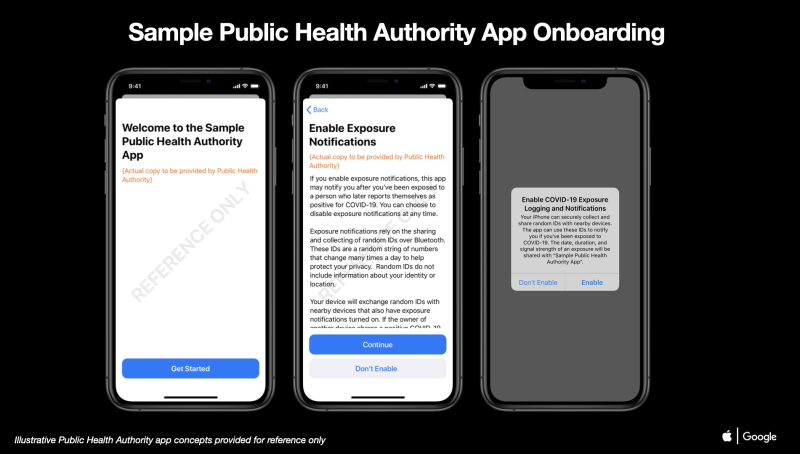 On May 4th Patently Apple presented a series of five sets of user interfaces related to this project that you could review here.