A Trickle of U.S. Apple Stores will begin Reopening next week in less Populated Cities in Alaska, Idaho, South Carolina and more 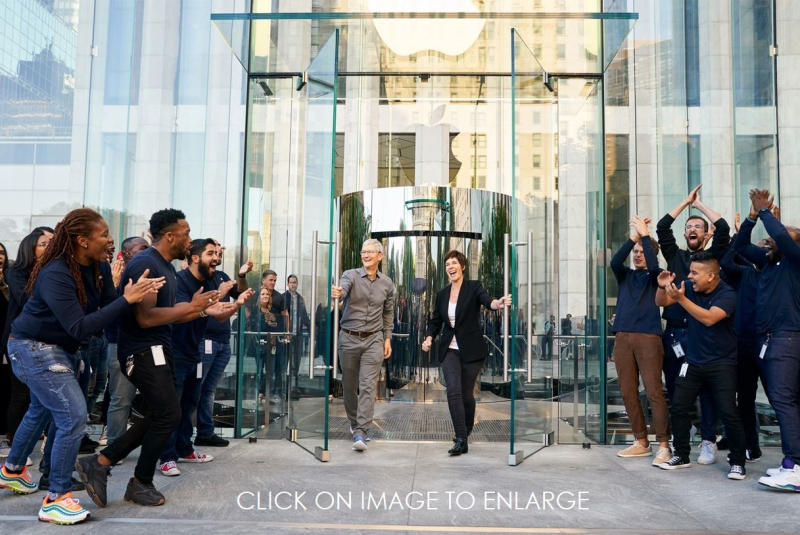 Last September Apple reopened their Fifth Avenue Apple Store in New York to a massive crowd. Whenever it reopens after being closed due to the Wuhan Virus, it won't be opening to uncontrolled crowds to be sure. However tame, Apple fans will want to almost feel normal again visiting their favorite Apple store to check out the new iPhone SE and other products unveiled in calendar Q1.

Last week Apple's VP of Retail Deidre O'Brien stated that she expected that the company would begin reopening "many more" of its retail stores in May after closing all locations outside of China in March due to the Wuhan Virus.

Today we're learning that Apple will be reopening some stores in the United States next week along with temperature checks and a limited number of customers in the location at one time.

In recent weeks, a few locations have reopened in countries such as South Korea, Australia and Germany.

Apple’s stores are a key demand driver for the company’s products. Reopening them is a sign that operations for the company are slowly getting back to normal during what Apple CEO Tim Cook called the “most challenging global environment” the company has ever experienced.

an Apple representative said in a statement: "We’re excited to begin reopening stores in the US next week, starting with some stores in Idaho, South Carolina, Alabama and Alaska. Our team is constantly monitoring local heath data and government guidance, and as soon as we can safely open our stores, we will."

Apple has only six stores in those states, and did not confirm that all of them are opening next week. Overall, Apple has 510 stores globally and 271 stores in the U.S.

Apple said that the primary focus of the stores will be fixing products and that it will put safety procedures in place to protect staff and customers from the coronavirus, including temperature checks for employees and customers, social distancing and face coverings for employees.

The statement further noted that "Our new social distance protocol allows for a limited number of visitors in the store at one time so there may be a delay for walk-in customers. We recommend, where possible, customers buy online for contactless delivery or in-store pick up." For more read the full CNBC report.