Home Archives Contact Us Subscribe Twitter MeWe Facebook Patently Mobile
J.P. Morgan Believes that Apple's iPhone SE at $399 has the power to eventually make a notable dent in the Indian Market
Apple Stores in Minneapolis and Portland were hit by Rioters Overnight 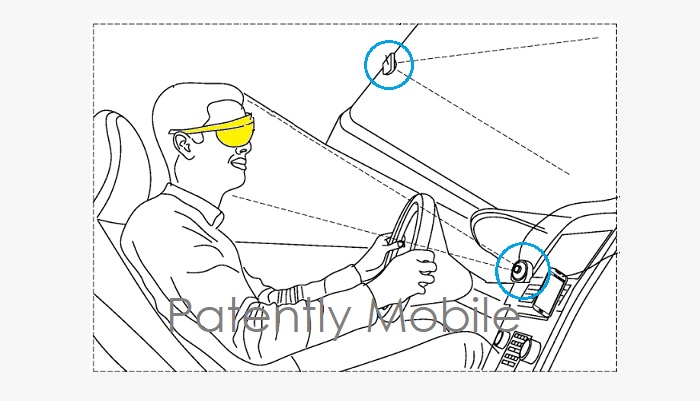 Earlier this month the U.S. Patent and Trademark Office published a patent application from Samsung for Augmented Reality glasses that will be able to assist drivers with an application that will work in sync with a map directions application so that drivers could keep their eyes on the road while being directed when to change lanes, exist freeways and find their destination with ease. It's interesting because this is likely one of the many apps that Apple is likely working on for their future glasses device.

While Samsung's future AR glasses will use a camera on the glasses to assist in reading the road and providing realtime directions, the system may also work with vehicles offering embedded AR controls that could communicate with the glasses. 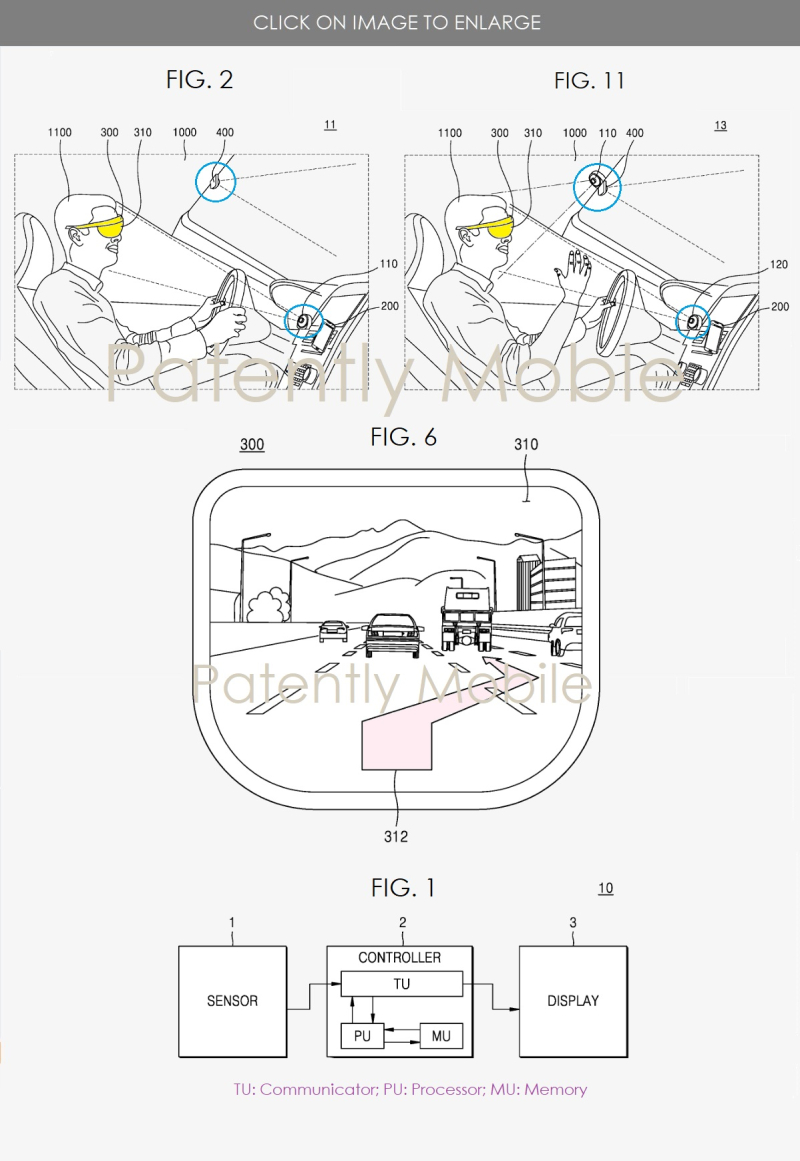 The external camera #400 illustrated in both FIGS. 2 and 11 may obtain actual image data by capturing an image of an actual object. An actual object may include a road, a building, or a sign outside the vehicle.

In FIG. 11, the camera may be a two-way camera wherein camera #110 can watch for in-air gesturing initiated by the driver to control and interface or deliver a command captured by a sensor in the camera #110.

The AR glasses have a built-in image generator that works in sync with the glass display.

Although it's a Samsung patent, it's clear that Apple having a turn-by-turn Maps app will likely adopt this  for their future AR glasses, as it's a natural AR application.