A so-called "exclusive" rumor report surfacing from 9to5Mac late yesterday makes a big point about their learning of a new head and neck detection system. Yet Apple has already been granted a patent for that feature back in February and has already updated this patented feature last week. I guess we should have put "exclusive" in our byline when reporting on this patent.

Another feature mentioned in the exclusive report comes from Bloomberg about magnetic ear pads which again is something that was found in a December patent. The images below are from that patent detailing the detachable magnetic ear cups. While the application is for a customizable HMD, patents concepts can be extended to other headphone products. Apple rarely, if ever, limits a concept to a single device. 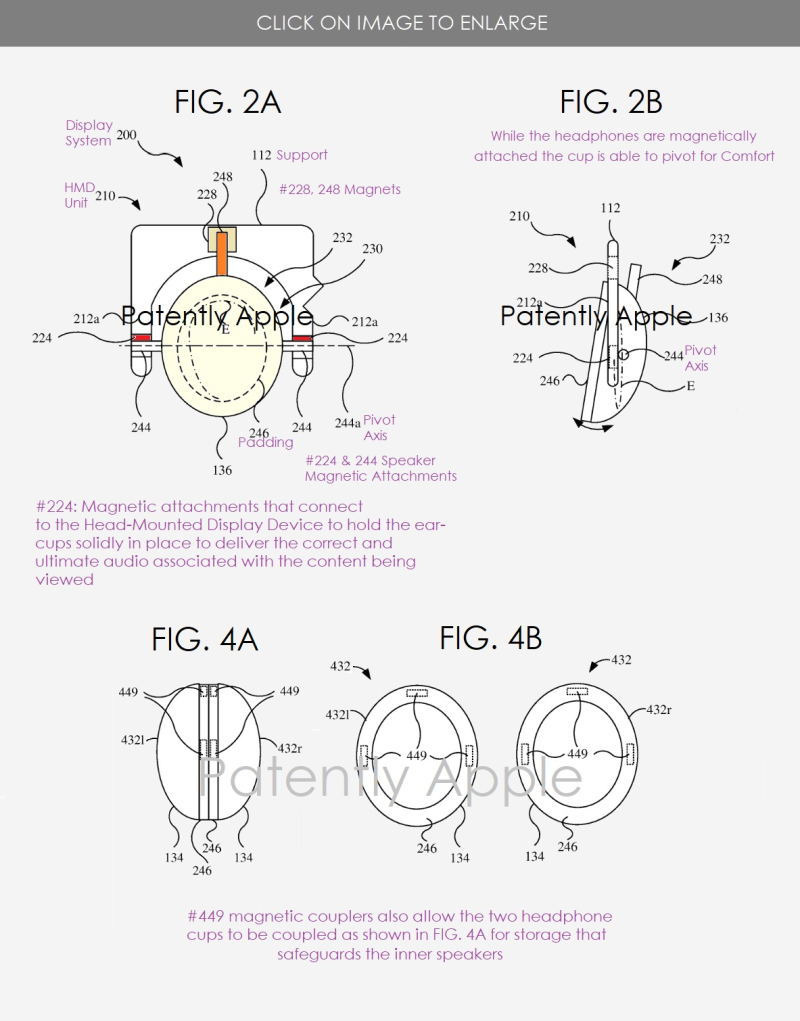 The Bloomberg report on future headphones mentioned in the exclusive report also mentions a "leather-like" fabric and an Apple patent extensively covered the possible future use of fabrics for its over-the-ear headset back in a November 2019.

In the end, the "exclusive" report isn't that exclusive, though it does mention a custom equalizer feature that could be new and interesting to some. You can read all about here. Lets just hope that an Apple branded over-the-ear headset makes it to market later this year.

One more thing: The exclusive report points to a user removing their headphones and the tune that they're listening to is automatically put on hold. I'd love to see that feature extended through to Apple TV+ content.