Last week Patently Apple posted a report titled "Two of Google's Key Pixel Phone Architects are out which has caused a little Mayhem behind-the-scenes." Days later we posted an IP report titled "A Google Patent filing reveals a Smartphone that uses both a Stylus & 3D Hand Gestures to take on iPhone and Samsung's Note." Google is certainly looking for an edge over Apple's iPhone and now we learn that the Pixel team has even filed for a patent covering a possible foldable version of the Pixel phone. That's a riskier move than adding a stylus to a future Pixel phone, but if they could beat Apple to market, it would be some form of bragging rights. Of course, that's if they have the talent to actually pull it off to begin with. 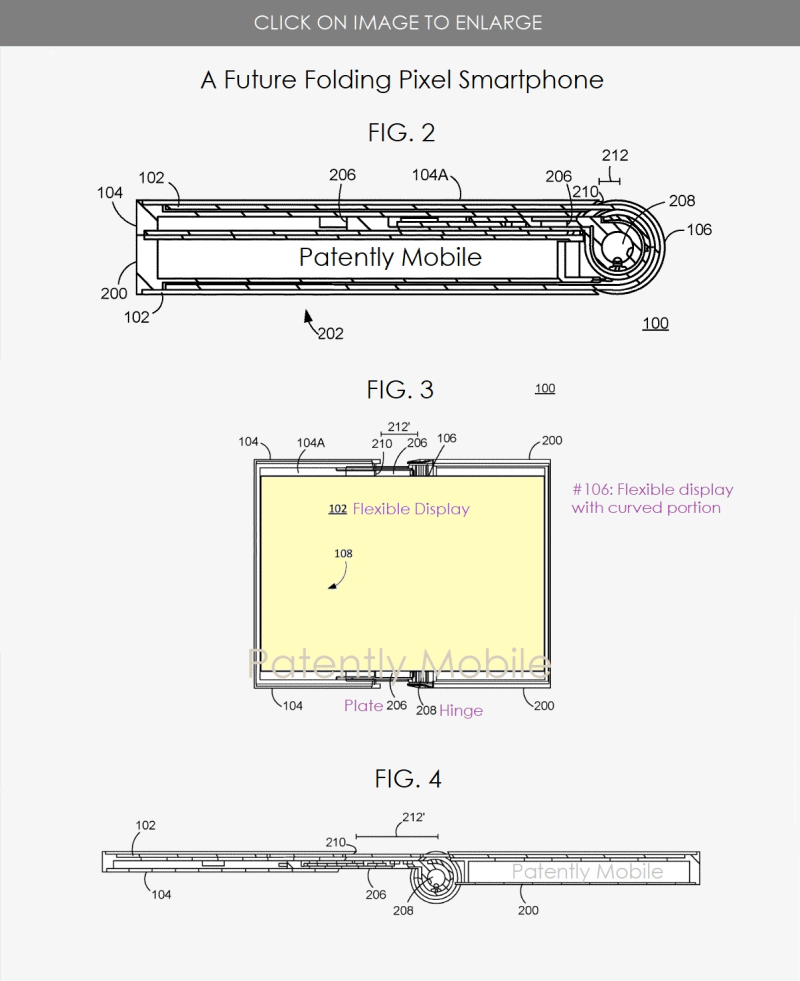 Google's patent doesn't expand on the marketing side of the folding phone by explaining how Android would support this or that feature. Instead the patent filing is all about the nuts and bolts of the physical device that goes into great detail about the folding hinge mechanism and so forth.

While it's not exactly exciting stuff, it at least provides us with a peak at what Google's engineers are working hard on which could end up either as an Android folding phone prototype for their OEMs to work with or even something fun for their Pixel Phone fans that's different from an iPhone.

While Google's patent filing was originally made in Q4 2018, the U.S. Patent and Trademark Office published it earlier this month.