A Company called Blyncsy Hints that they'll sue anyone, including Apple & Google, if they don't license their Contact Tracing Patent

A Utah Company called Blyncsy says that it has exclusive business rights to the use of smartphones and other electronic devices for tracing people who have come into contact with a person with COVID-19, setting up a potential patent-infringement battle with some of the biggest technology companies. Of course their patent doesn't refer to COVID-19 by name but rather a "contagion" in general.

Blyncsy, Inc., which describes itself as a "movement and data intelligence" company headquartered in Salt Lake City, holds the business method patent for "tracking proximity relationships and uses thereof" such as identifying the movements of people with a contagious disease, CEO Mark Pittman said.

Blyncsy (pronounced BLINK-see) won the patent from the U.S. Patent and Trademark Office in February 2019. It recently launched a website for other companies to request licensing of its contact tracing methods. No company has received a license, yet plenty are offering contact-tracing apps, Pittman said.

Bloomberg's report notes that "the company faces a serious uphill battle if it tries to protect the patent, practitioners say. Tech giants like Apple Inc. and Alphabet Inc., the parent of Google, which both offer contact tracing tools via mobile phone apps, aggressively seek to get patents canceled through the USPTO and are even more relentless in court. The type of patent Pittman has could be vulnerable under a 2015 Supreme Court ruling that limited the types of software that can be patented.

Blyncsy’s home state of Utah, for example, has a contact tracing app called “Healthy Together” through which residents self-report their health status on a daily basis, and which has received praise from the White House. About 35,000 smartphone users have downloaded “Healthy Together.”

Pittman later added: "We’re using our property rights to protect the privacy interests of the American people. Can we trust Google and Apple?"

Blyncsy is threatening to sue anyone not licensing their contact tracing technology. For more on this, read the full Bloomberg report. 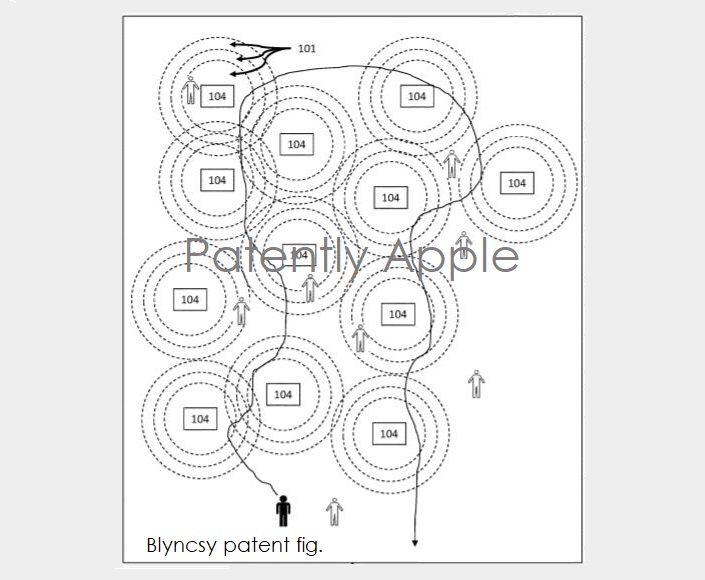 To be honest, it's hard to believe that the CEO of  Blyncsy, a completely unknown entity to the public at large, would actually question whether consumers could trust Apple, a leading global technology company with a proven track record of designing their products with a foundation and commitment to user privacy.

With that said, their '779 patent which was first filed for in 2017 and granted to them in February 2019, well ahead of the COVID-19 breakout, appears to, on the surface, cover contact tracing rather well. However, will it be enough to stop the Apple|Google contact tracing system in its tracks at this point in time? Highly unlikely. But that won't stop a lawsuit from emerging at some point in the future.

As the campaign "Opening up America Again" begins, the White House is seriously considering to present Congress with a "liability shield" law so that companies reopening can't be sued during this pandemic for one reason or another. Whether that could be extended to those that are developing software like contact tracing apps or various testing kits is unknown at this time.