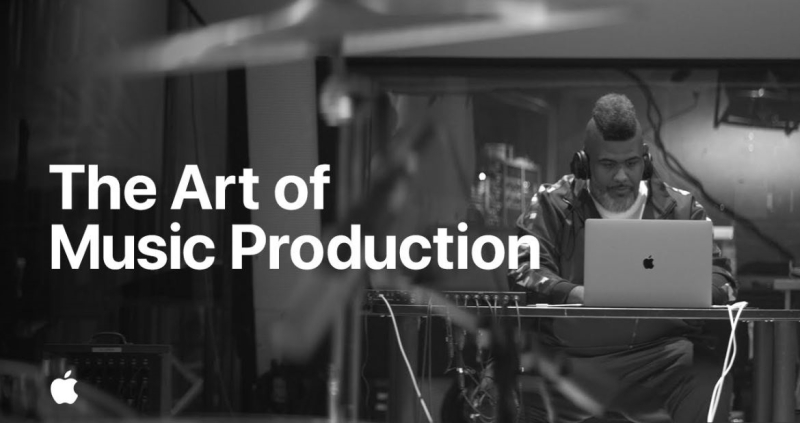 Warren "Oak" Felder is a Turkish-American that is a Grammy Award nominated songwriter and record producer based in Atlanta and Los Angeles. He is known for his work as part of the production duo Pop & Oak, and was nominated for a Grammy Award in 2015. Apple's latest video is titled "In the studio with Grammy-nominated music producer Oak Felder."

Apple's video captures Felder in creative mode producing a new song. Along the way, he speaks about music production, creating his own unique sound, working with the world’s top artists, and what it means for young artists to have access to powerful technology that has never been possible before.

Instead of renting a session in a studio for the day at $2000, Felder is able to work at a community center or someone's home with the right set up and with his MacBook and Logic Pro X put together the sound he wants in realtime. He could work on a song's production in the backseat of an Uber ride if something inspires him instantly.

The world of music production is changing and Apple is helping artists realize their dreams and tunes as they imagine them while the creative juices are hot.

As Felder sees it, "back in the day there was the idea that you had as a creative, right, and then the end result was having everyone else experience that idea. But in between you had this thick layer of basically non-access if you weren't somebody who go in and spend $2,000 a day renting out a major recording studio. And now, just like the technology, that layer has shrunk," allowing young artists to get into their creative zone quicker, edit faster, cheaper and better.

Felder adds: "How unfair is it that you have this amazing 18 year old kid that might have a crazy idea, but they can't get it out. They can't have it fully realized the way that it's supposed to be realized. Technology gives them the capability to potentially make something better than I would make. That's important."