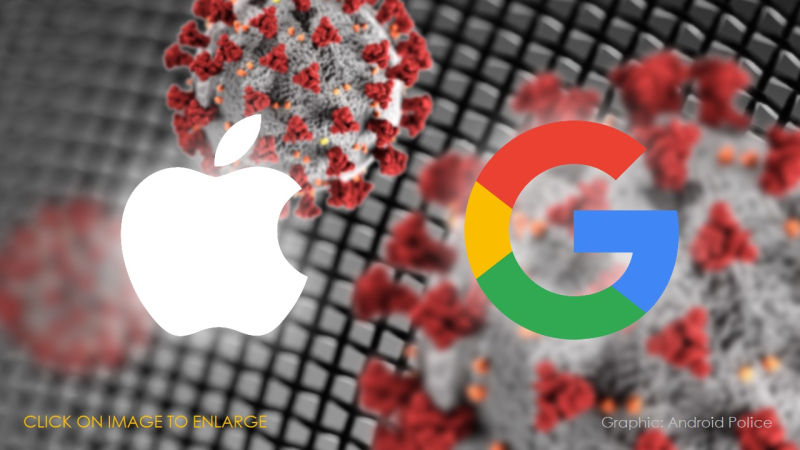 Our last report this afternoon was titled "Apple & Google Clarify that Contact-Tracing will be an Opt-In feature which could render the net effect useless." Then during this afternoon's White House coronavirus briefing a reporter asked President Trump what he thought about the Apple-Google contact tracing feature.

Trump added "I don't want to get into that because we have a whole constitutional thing. We have more of a constitutional problem than a mechanical problem but we will be making a determination on that. That's something we're going to be discussing with a lot of people over the next four weeks. That would be a very accurate way of doing it. But a lot of people have a problem with it."

The video below is set to begin when the question is presented to President Trump about the Apple-Google technology.

Although it could be a very important smartphone feature/app that could possibly save lives and/or help stop the spread of COVID-19 by warning people who were in close proximity to one that tested positive, to stay home for 14 days.

The issue could get messy politically if the Democrats want this to be another political football to fight President Trump with instead of doing what's right for the country.  Stay tuned as we'll know more on this front in about a month.

Every possible tool that's made available to the public to help them feel safer going back to work is needed. There is no magic bullet or tried and true precedent here and so it will take an unproven multi-pronged approach to help in the transition back to normalcy – the new normalcy, that is, until a vaccine is found and made available to the public sometime in the future.