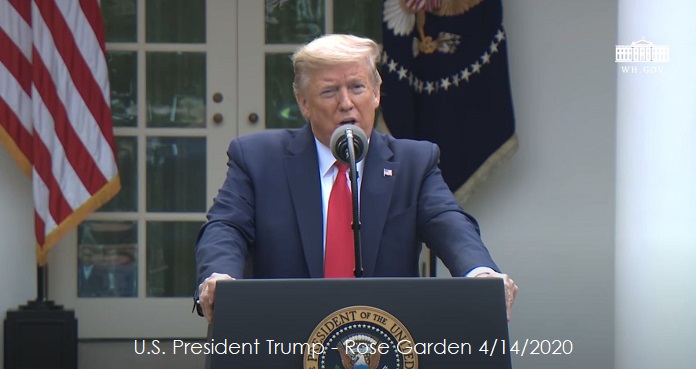 These bipartisan groups of American leaders will work together with the White House to chart the path forward toward a future of unparalleled American prosperity.  The health and wealth of America is the primary goal, and these groups will produce a more independent, self-sufficient, and resilient Nation.

Leading the Technology Sector list, which isn't set alphabetically, is Apple and its CEO Tim Cook as noted in the full list of tech companies below.

The YouTube video below is set to begin at the 36:34 mark when President Trump began to announce the leading tech companies and their respective CEO's that will be participating in the bipartisan group of American leaders. The list starts with Apple and CEO Tim Cook.