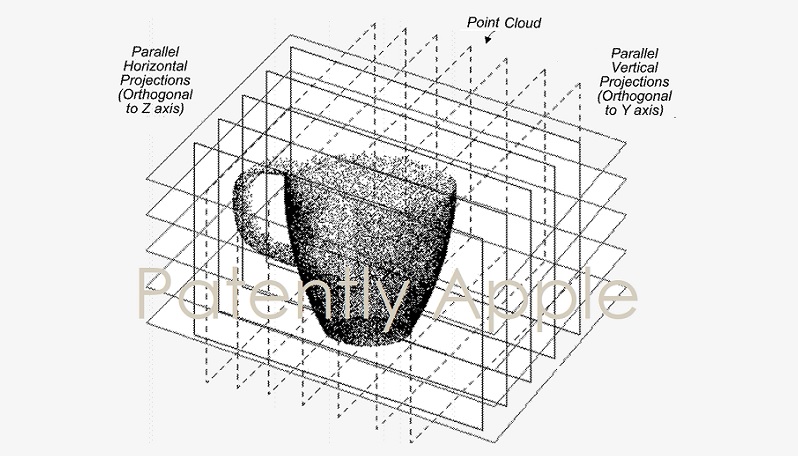 Today the US Patent & Trademark Office published a patent application from Apple that relates to Point Clouds using LiDAR systems. A 3-D display, a holographic display, or a head-mounted display may be manipulated in real-time or near real-time to show different portions of a virtual world represented by point clouds. Point Clouds could be used in connection with playing video games over the internet, with vehicle mapping systems and more.

As data acquisition and display technologies have become more advanced, the ability to capture point clouds comprising thousands or millions of points in 2-D or 3-D space, such as via LIDAR systems, has increased.

Also, the development of advanced display technologies, such as virtual reality or augmented reality systems, has increased potential uses for point clouds.

However, point cloud files are often very large and may be costly and time-consuming to store and transmit. For example, communication of point clouds over private or public networks, such as the Internet, may require considerable amounts of time and/or network resources, such that some uses of point cloud data, such as real-time uses, may be limited.

Also, storage requirements of point cloud files may consume a significant amount of storage capacity of devices storing the point cloud files, which may also limit potential applications for using point cloud data. This is what Apple's patent is to remedy.

Apple's patent covers an encoder that may be used to generate a compressed point cloud to reduce costs and time associated with storing and transmitting large point cloud files.

In some embodiments, a system may include a decoder that receives one or more sets of point cloud data comprising compressed attribute information via a network from a remote server or other storage device that stores the one or more point-cloud files.

For example, a 3-D display, a holographic display, or a head-mounted display may be manipulated in real-time or near real-time to show different portions of a virtual world represented by point clouds.

In some embodiments, a system, may include one or more LIDAR systems, 3-D cameras, 3-D scanners, etc., and such sensor devices may capture spatial information, such as X, Y, and Z coordinates for points in a view of the sensor devices. 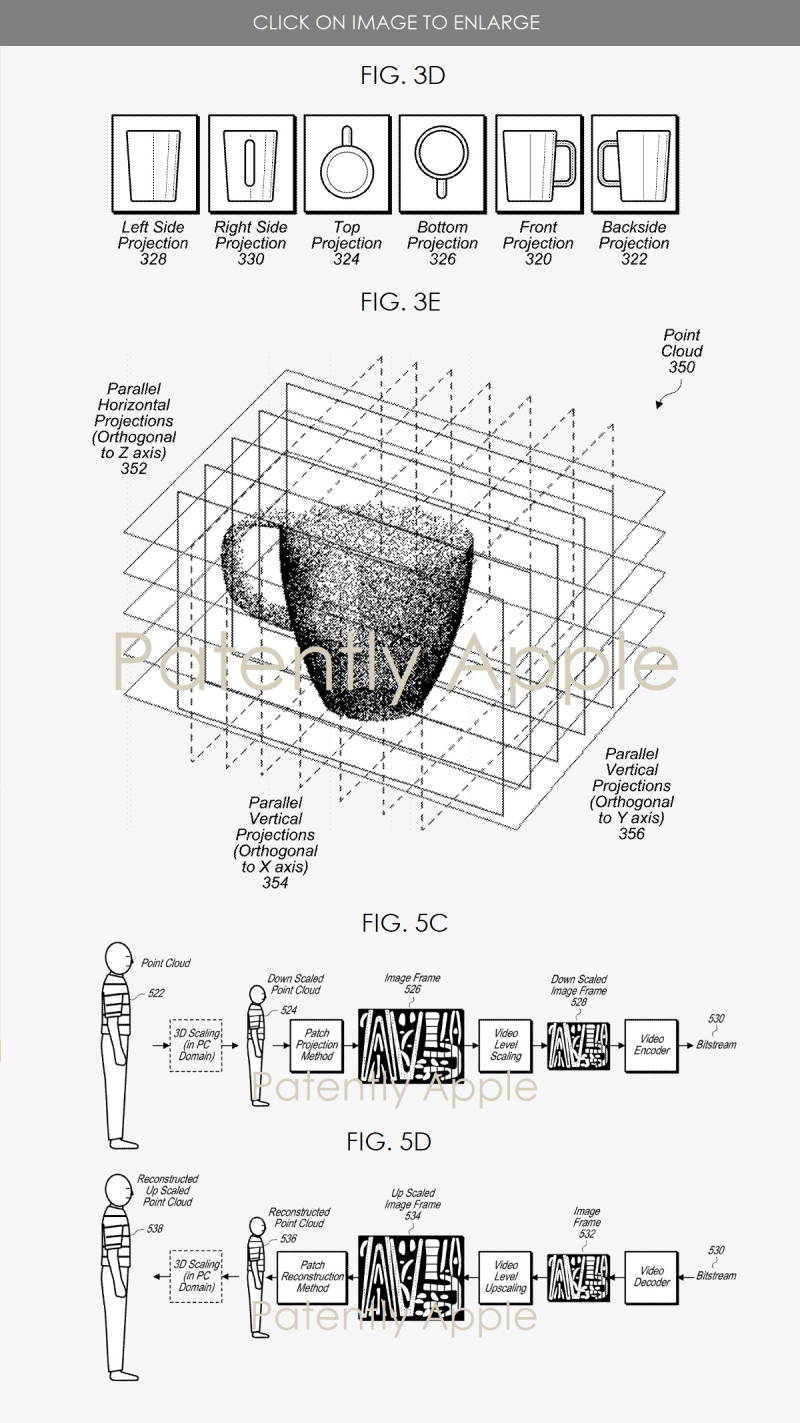 Apple's patent FIG. 5A above illustrates components of an encoder that includes geometry, texture, and/or other attribute downscaling.

This is a highly technical patent that covers segments titled:

Apple's patent application 20200111237 that was published today by the U.S. Patent Office was filed back in Q4 2019. Engineers and super geeks could review the full details here. , Considering that this is a patent application, the timing of such a product to market is unknown at this time.