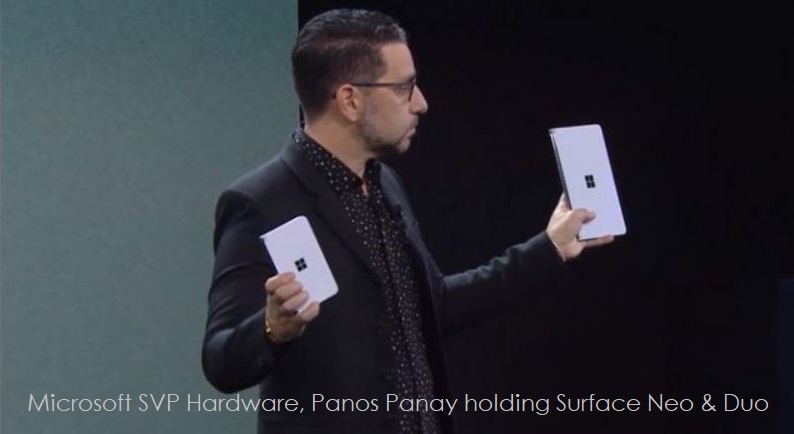 The U.S. Patent and Trademark Office published a Microsoft granted patent relating to their next-gen foldable dual display devices branded Surface Neo (folding tablet) and Surface Duo (foldable smartphone). The hinge position of the device corresponds to a particular state of the device, such as a "book state" or a "laptop state," which then signals which type of applications could be supported.

These next-gen devices were expected to launch sometime during the 2020 Christmas shopping Quarter  but a rumor from ZDNet's Mary Jo Foley surfacing last week claimed that Microsoft's Panos Panay, Microsoft's SVP Hardware, told his team that the new products would be delayed until sometime in 2021 due to COVID-19 complications.

In order for a user to access information from multiple applications simultaneously, it would be desirable to deliver a device with multiple displays. And that's exactly what Microsoft's patented solution delivers – the foundation for their next-gen dual display hardware that has been branded Surface Neo, for a dual display tablet, and Surface Neo, a dual display based foldable smartphone.

The patent describes dual display devices that are capable of making a "state-based" determination of information to be displayed on a screen region of a hinge that is coupled to other screen regions.

The determination may be made based on any one or more of a variety of factors, including but not limited to a state of the hinge (a.k.a. the hinge state; e.g., an angle of the hinge and/or the hinge state changing from a first state to a second state), an orientation of a device that includes the hinge, a manner in which the device is held, the device being located on a surface of an object, a context of the user, an application being executed in foreground by the device, an application being executed in background by the device, a state of an operating system of the device, and a state of a user interface associated with a task that is being performed by a user of the device.

Microsoft's patent FIGS. 1-6 below are views of example devices having hinges in respective states which translates to: "Open state, closed state, book state, laptop state and tent state."  The hinge determines the state and how software is to respond in those states. 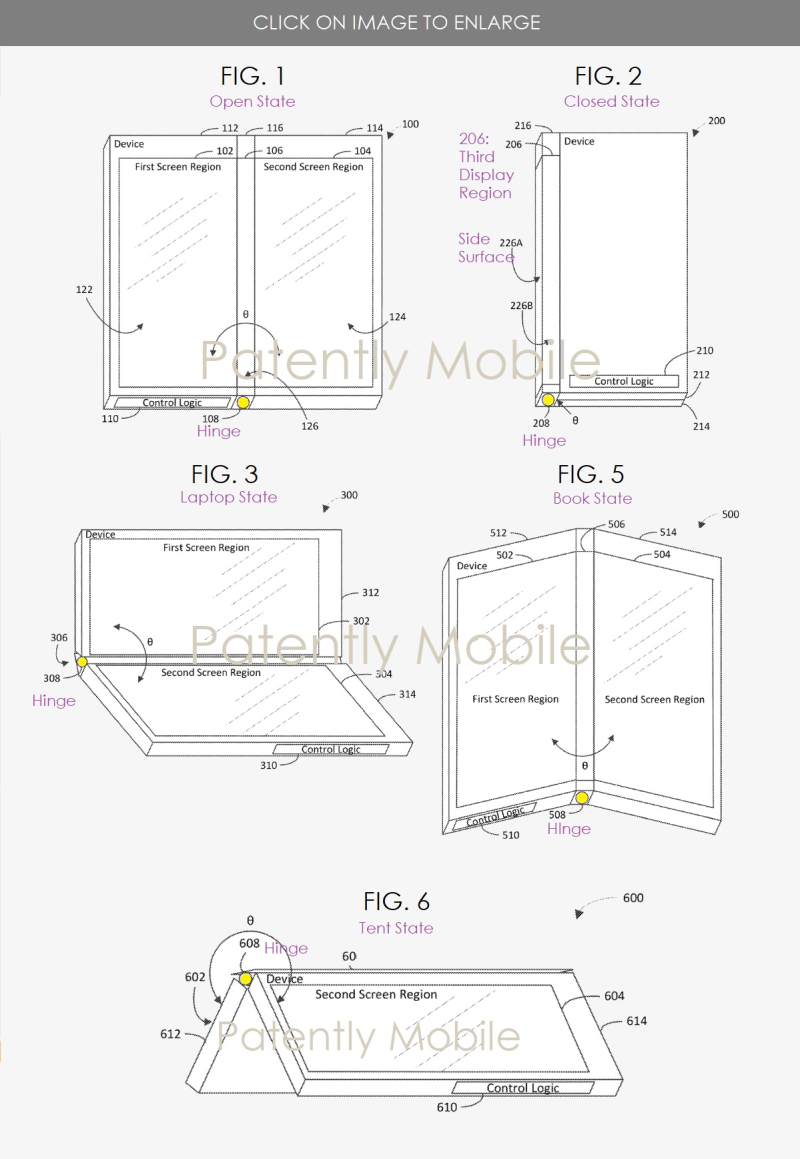 For on this, read the full Patently Mobile report here.