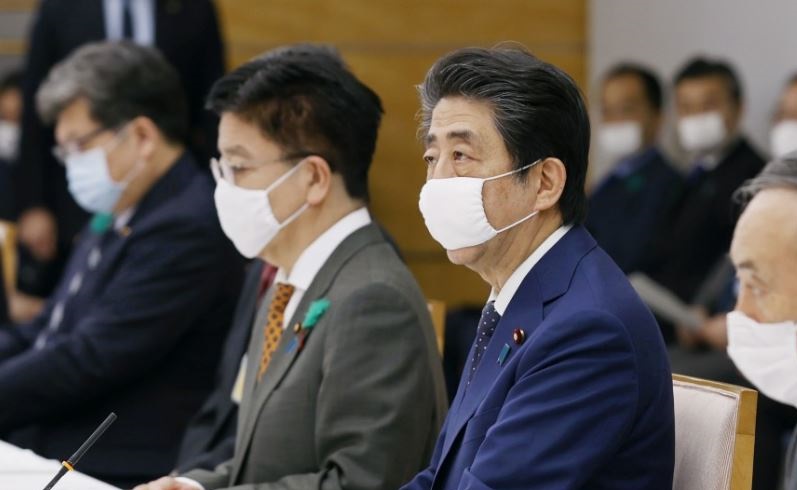 It's being reported today that Japanese mobile carriers NTT Docomo Inc. and SoftBank Corp. have stated that they will delay their launches of Apple Inc.’s new iPhone SE model until May 11 instead of the scheduled April 27 amid the coronavirus outbreak, according to Bloomberg.

The Bloomberg report added that "Japan’s government expanded the area covered by its state of emergency declaration to the whole nation last week and is calling on citizens to cut contact with people by 80% in an attempt to control the outbreak. The state of emergency is currently scheduled to remain in force until May 6."

Background: it was reported by Kyodo News on Thursday that "Japanese Prime Minister Shinzo Abe expanded on Thursday the state of emergency beyond Tokyo, Osaka and five other prefectures to the entire nation in an attempt to prevent the new coronavirus from spreading further and straining the health care system.

With the declaration now covering all 47 prefectures in the country of around 126 million people, Abe said the government will provide cash handouts of 100,000 yen ($930) to all citizens.

Abe told a meeting of a government task force on the coronavirus response "I decided to put all prefectures under the state of emergency to curb infections in respective areas and especially to keep the movement of people to a minimum heading into the Golden Week holidays."

Abe added that in order "To end the emergency situation by May 6, it's imperative for people to reduce contact with others by at least 70 percent and up to 80 percent." For more on this, read the full Kyodo news report.

It's unknown at this time why the two Japanese carriers have chosen to delay the sale of the iPhone SE until Monday the 11th instead of the weekend of the 9th. Perhaps they fear the possible crowds that could gather to purchase the new iPhones.

Side Note: the "Middle East Respiratory Syndrome (MERS)" was a viral respiratory illness that was new to humans. It was first reported in Saudi Arabia in 2012. Did the Saudi's go on a media blitz trying to rename MERS because it was offensive? No. The Wuhan Virus name was to identify the origin of the Virus which offended China's Communist Party who is pretending that the virus came from somewhere else. While we have generally used the term COVID-19 for the sake of brevity, we will on occasion refer to this virus as the Wuhan Virus whether the Communist Party and its members like it or not. There was nothing discriminatory to the term MERS and there's nothing discriminatory about using Wuhan.