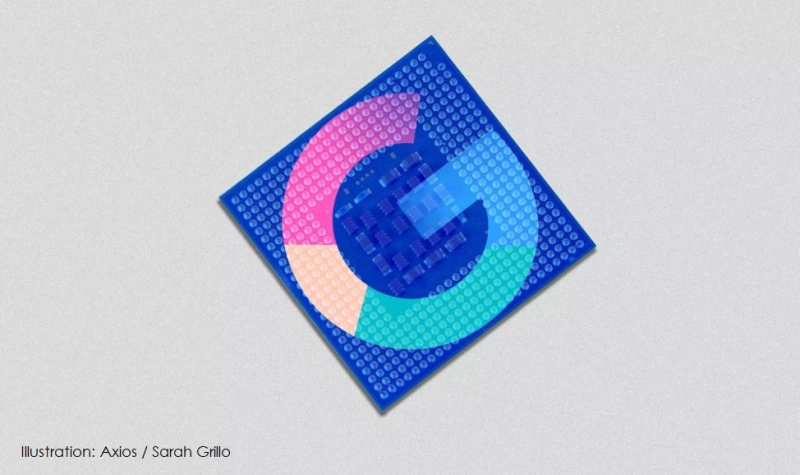 Google's Pixel smartphones have had difficulty competing with Apple's iPhone that is powered by their custom-designed AX-Bionic chip with its 8-core Neural Engine, Machine Learning accelerators, its super-fast high-end GPU and more. The Pixel phone once had the lead with their cameras based on custom AI but that lead has all but vanished with the new iPhone 11 Pro.

We're now hearing that Google is preparing to release their first custom 8-core ARM processor aimed to power their 2021 Pixel smartphones, according to a scoop from Ina Fried of Axios.

Although Google is already testing their first custom CPU, it reportedly won't be ready for prime time until sometime next year. The CPU, reportedly code named Whitechapel, was designed in cooperation with Samsung and their state-of-the-art 5nm technology.

Google has been gradually building its semiconductor capabilities. The Pixel already includes custom Google chips for machine learning and image processing tasks, and the company has hired a number of chip experts from rivals, including Apple and Intel.

Two of the their key hires from Apple were John Bruno (System Architect) and Manu Gulati (SOC Micro Architect right up until the A12X). Those hires likely gave Google the itch to push harder with their own silicon. However in 2019 those powerhouse chip architects moved on to open NUVIA in late 2019. Though by that time, Google had their core chip-team in place working on Whitechapel.

While the Axios report pointed to a version of the chip being considered for future Chromebooks, it's a little too far in the distance to start talking about that possibility. For more, read the full Axios report.