Google has been Granted a Patent for a Hybrid Mobile Device that covers a mini Tablet, Phone and Notebook 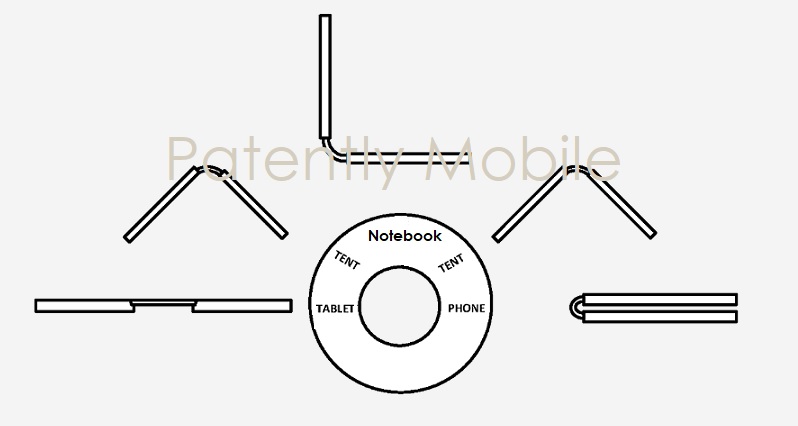 Last year we saw both Samsung and Huawei introduce their first folding devices respectfully branded the Galaxy Fold and the X Mate. With the Galaxy Fold's introduction blowing up in Samsung's face, it completely rattled the market's confidence in such products and instantly rendered them too experimental and ahead of their time.

Then came Microsoft in Q4 2019 with the revelation that they would introduce the Surface Neo (foldable tablet) and Surface Duo (foldable smartphone) based on dual displays instead of flimsy single display folded in half like the Galaxy Fold. They're due in Q4 unless COVID-19 complicates Microsoft's scheduling.

We know that Apple is working on possible future foldable devices via revelations found in their many patents. Though Apple isn't in any rush is likely to wait this trend out for the time being as the technology improves and evolves.

Yesterday Google was granted a patent by the U.S. Patent and Trademark Office that clearly indicates that their Pixel smartphone team have been working on a hybrid device of their own. One that favors a style using a large single flexible display that folds over.

Our cover graphic is actually Google's patent figure 7 which is described as "a diagram illustrating various configurations of an exemplary display device." The single display device will be able to be configured as a mini notebook, smartphone, tablet and bend over to maintain a tent position using a multifaceted hinge system.

It will also include a mode detector assembly configured to detect configurations of the electronic device and configured to generate a signal indicating a change of mode of operation of the display.

Each mode represents a different device, be it a tablet, phone, notebook and more.

In addition, Google's patent states that "secure applications may be provided via the SIMM cards, along with additional information, such as placing identifying information on the SIMM card in a non-hackable manner."

Google's patent FIGS. 1A to 1C below illustrate schematic views of an exemplary hybrid display device. 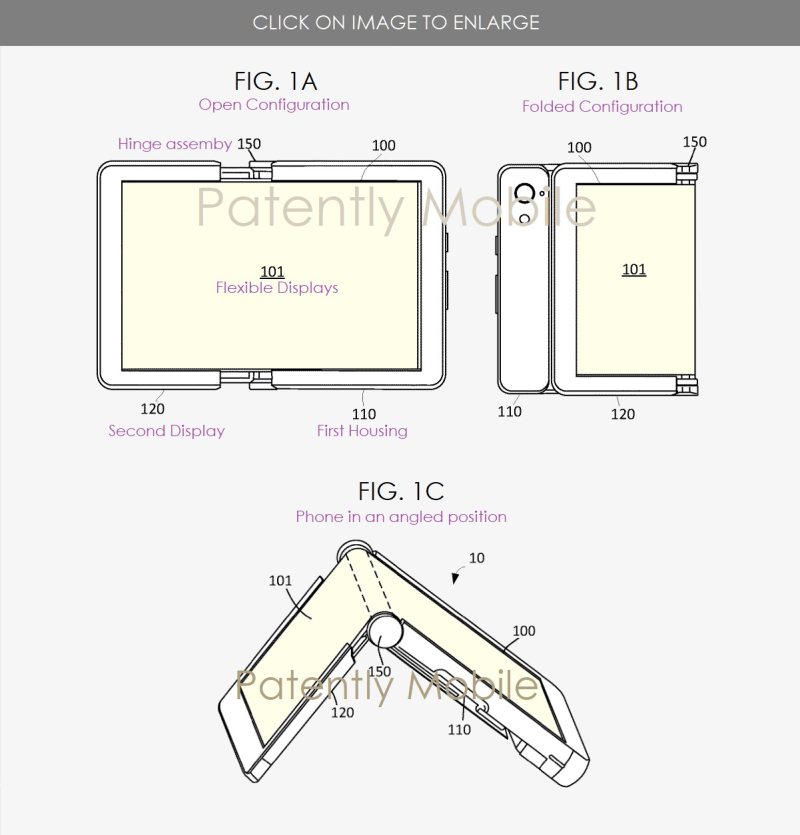 Google's patent FIGS. 2A through 2C are side views of the exemplary display device shown in FIGS. 1A through 1C, respectively. 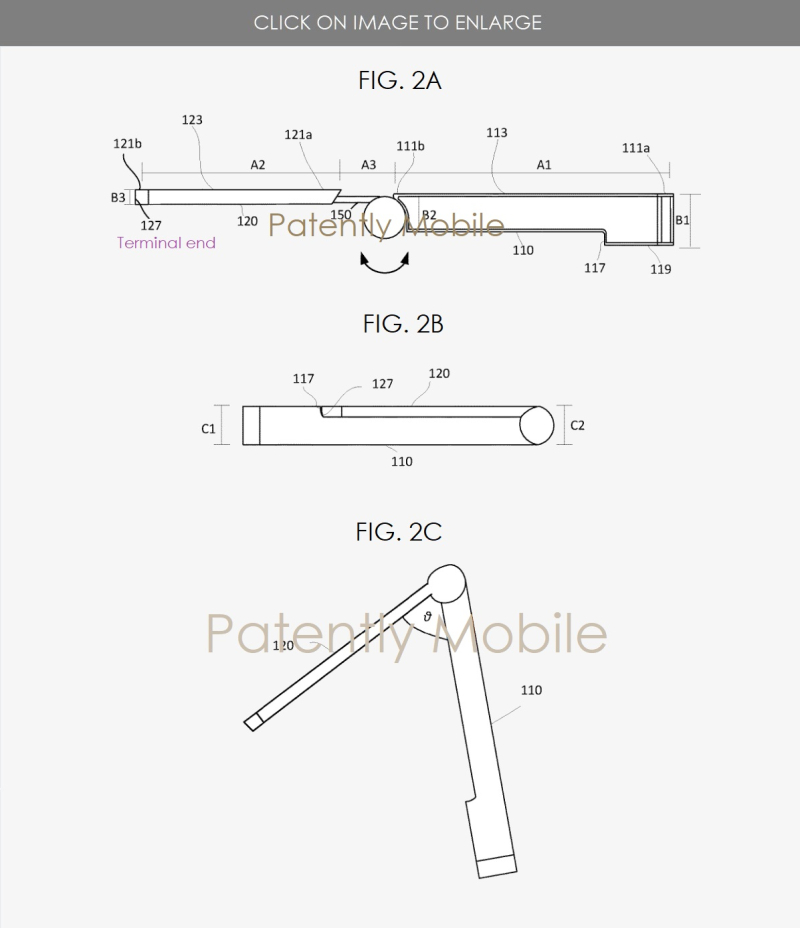 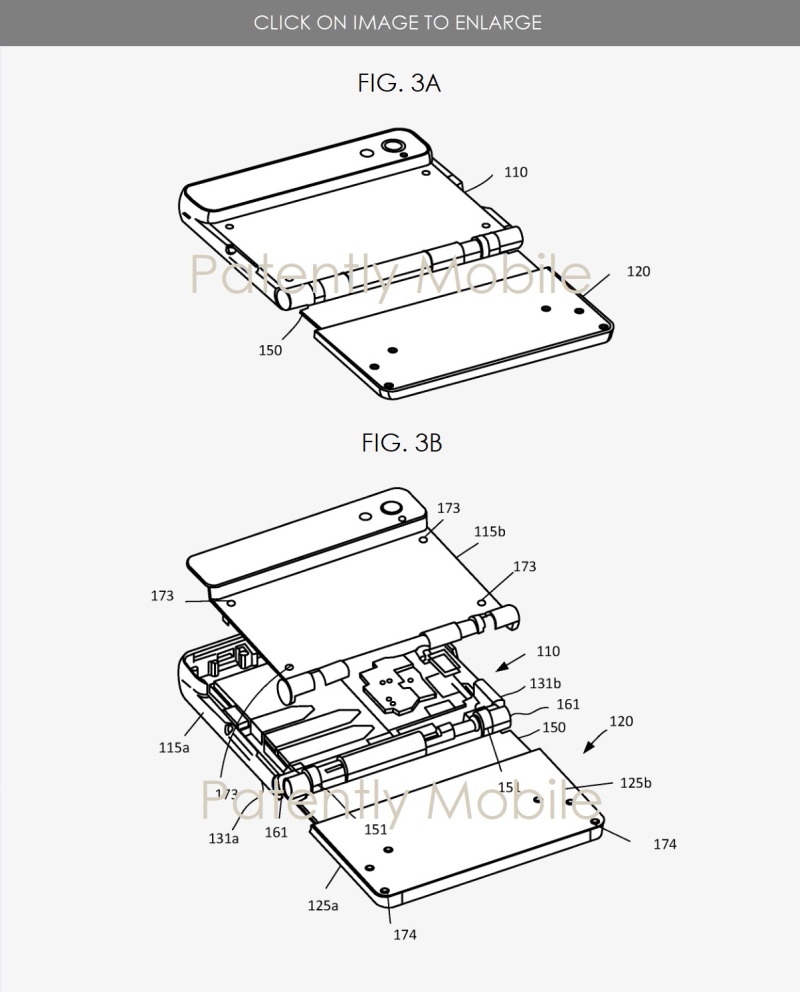 About 80% of the patent covers information on a complicated set of hinges to support the chameleon nature of the device.

Whether Google will act on this invention in the hopes of leap frogging Apple's iPhone while being more competitive with Asian smartphone OEMs is unknown at this time.

The U.S. Patent and Trademark Office officially published Google's patent yesterday which was originally filed on May 23, 2019. Patently Apple was first to discover this patent. The listed inventor used to work for HTC which Google partially acquired back in 2018. 2000 of HTC's engineers and team members joined Google at that time.