Even with battling COVID-19, Apple Fans lined up at Apple Stores in Hong Kong to get their hands on the new iPhone SE 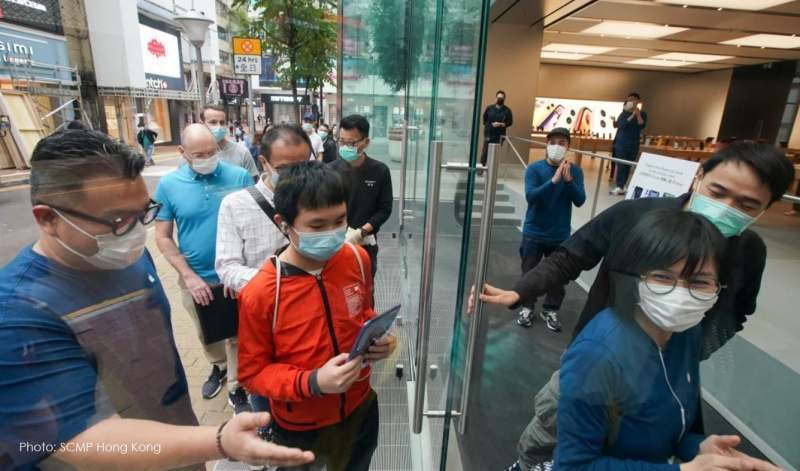 Cheers to the Apple fans who lined up to be the first to purchase the iPhone SE at Apple Stores in Hong Kong. Even with COVID-19 concerns, these enthusiastic and brave fans were compelled to get in on the excitement of Apple's newest and most economical iPhone to date.

All week Chinese publications have been downplaying the impact the iPhone SE would have in the Chinese market, like this Abacus report titled "Where does the iPhone SE fit in a country full of good, cheap phones?

The thing is that those wanting a cheaper iPhone couldn't care less about 5G from the likes of Xiaomi and others. They care more about things like privacy, quality software and access to a full line of hardware like the iMac, iPad, MacBooks and more instead of company making phones and air purifiers.

Professionals in China need access to computers for work, especially working from home these days. The Chinese publications are myopic in their views of the iPhone.  It's about Apple's entire ecosystem and stylish hardware that most Chinese OEMs just can't match. A smartphone for many is just one computing tool amongst many. Most Chinese phone vendors can't compete with Apple in providing a full line-up of computers.

The South China Morning Post report today stated that the new iPhone model had its Hong Kong launch without the usual queues and fanfare on Friday, with just two dozen customers making their way to Apple’s Causeway Bay store before it opened amid the coronavirus pandemic.

At about 10am, staff at the tech giant’s store opened the doors, clapping and cheering to welcome customers interested in getting the new iPhone SE 2020 – a smaller, mid-market model intended to address complaints about the company’s pricier devices.

The dampened sentiment – amid a bleak citywide retail outlook caused by the health crisis – was in stark contrast with previous Apple kick-off sales, such as last year’s launch of the iPhone 11, when super fans queued overnight to get their hands on the new model – and yet under the circumstances, a line-up of any kind is rather surprising. 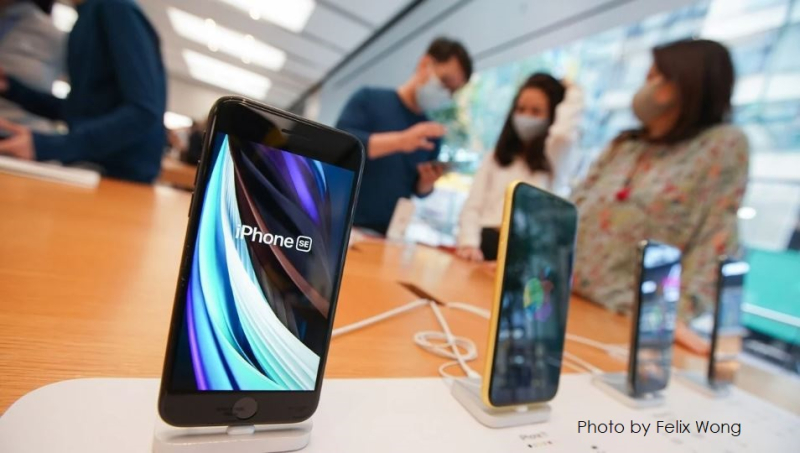 A 47-year-old IT worker stated that he pre-ordered the phone last Friday because he needed a new model. Despite the economic downturn, he said: "When I need a phone, I still have to buy it."

Teacher Paul Stanley, 36, had not pre-ordered, but decided to try his luck picking up a new SE 2020. "My phone is dying. This is the one I want because I don’t need the fancy bits. Plus the price is affordable."

In a second report SCMP/Abacus they noted that this year it seems like iPhone owners are more enthusiastic about upgrading to a new device. Despite the coronavirus pandemic, over 40% of Chinese Apple users recently surveyed by Strategy Analytics said they want to buy a new phone as planned or sooner. In contrast, only one in four Huawei owners expect to upgrade as scheduled.

It also helps that the iPhone SE is similar to older models, according to IDC. That way loyal users who haven’t upgraded in a while can easily transition. Those who still prefer Touch ID, for instance, can keep using this feature without being forced to switch to Face ID. The iPhone SE is also smaller than its premium siblings, in keeping with older models.