Home Archives Contact Us Subscribe Twitter MeWe Facebook Patently Mobile
Apple announced that it will stop taking a cut of Amazon, Canal+ and other video Purchases on the App Store
FCC Chairman Pai Proposes new rules for the 6 GHz Band, Unleashing 1,200 Megahertz for Unlicensed Use 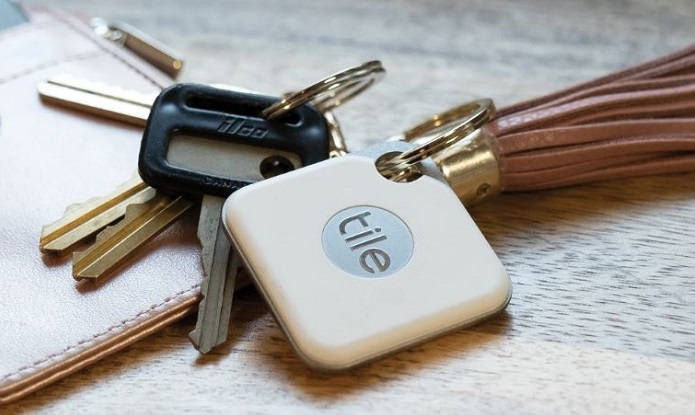 Tile Inc. is an American consumer electronics company which produces devices to help users find their belongings, such as keys and backpacks, which use Bluetooth 4.0. The devices work with a companion mobile app for Android and iOS, which allows users to locate lost items through Bluetooth or where they were last seen.

Tile Inc, told a congressional panel today that Apple had failed to live up to promises aimed at resolving a dispute between the two companies and introduced requirements that would hurt their business.

The smart-tracker maker was one of four companies that testified against the big tech platforms - Tile focused on Apple - in a January hearing in Colorado of a panel of the House of Representatives Judiciary Committee.

At the time, Tile’s General Counsel Kirsten Daru said that the company had initially had a mutually beneficial relationship with Apple which deteriorated last year amid signs that Apple planned to bring out a similar product.

Tile said in a statement to the committee posted online on Wednesday: "Unfortunately, since that hearing, Apple’s anti-competitive behaviors have gotten worse, not better."

Tile had objected to Apple requiring its users to repeatedly agree to allow Tile to operate in the background, which is crucial to Tile’s service. Without background location access, Tile’s app can only detect when a user loses keys or a wallet if they happen to lose it while the app is open.

Tile also said that there were indications that Apple planned to update its Find My product, adding hardware, so it would be a competitor to Tile.

The committee is one of several investigations underway into the big tech platforms, which also include Alphabet’s Google, Facebook and Amazon. The investigations are being carried out by the U.S. Justice Department, the Federal Trade Commission and two groups of attorneys general from dozens of states. For more on this, read the full Reuters report.

It should be noted that at present, Tile's belief that Apple is developing hardware products that will eventually compete with theirs is complete speculation at this point in time designed to reinforce their complaint against Apple.