The U.S. Patent and Trademark Office officially published a series of 69 newly granted patents for Apple Inc. today. In this particular report we cover two patents. The first covers Apple's modular retail display system that is used by partner stores like Best Buy and Verizon. Each retailer could have a different store layout with differently chosen modules. The second granted patent covers Apple Watch 5 with ECG system. And as always, we wrap up this week's granted patent report with our traditional listing of the remaining granted patents that were issued to Apple today. 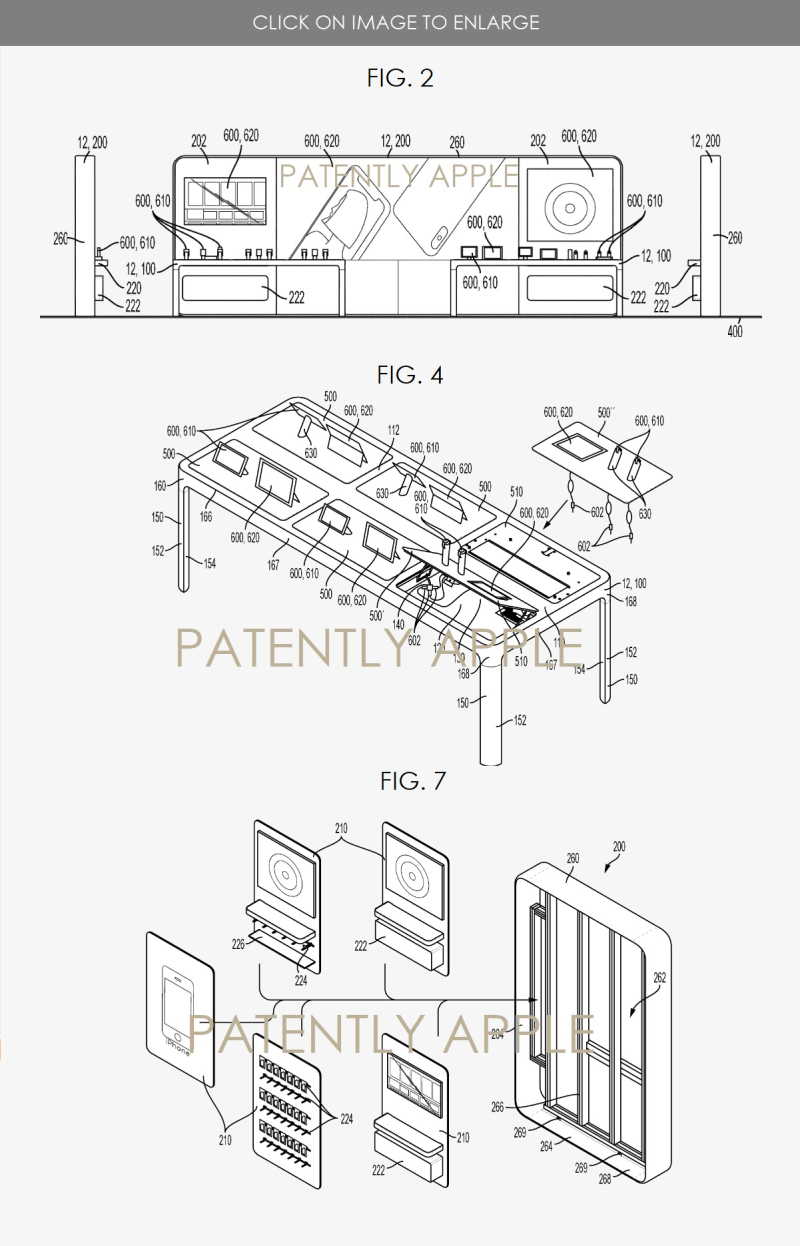 Apple clarifies that the retail environments discussed in the patent can be arranged and found in retail stores or retail chains such as Best Buy or Target in addition to service provider stores such as AT&T and Verizon.

The floor system may also help maintain a neat and uniform appearance to the retail space. For example, it may include a wire management system such that the wires and cables are hidden from view.

The floor system can also include carpet tiles and edging to create a uniform appearance. This may be beneficial in a store environment where the floor helps define a dedicated retail space within the store.

Apple's granted patent 10,610,031 that was published by the U.S. Patent and Trademark Office this morning was oddly published as a patent application last Thursday under number 20200100604. How does a 5 day turn around sound? Odd and rare.

Apple's granted patent covers Apple Watch 5 with the focus being on the ECG aspect of the watch. Overall, the patent covers systems, devices, methods, and apparatuses directed to an electronic watch or other wearable electronic device having a set of electrodes that may be used to sense or determine biological parameters of a user that wears the wearable electronic device. The biological parameters may include, for example, an electrocardiogram (ECG) of the user.

Apple's patent FIGS. 2A, 3 and 4A illustrate examples of an Apple Watch that incorporates a set of electrodes, with FIG. 3 being an alternative design that Apple may use in the future. 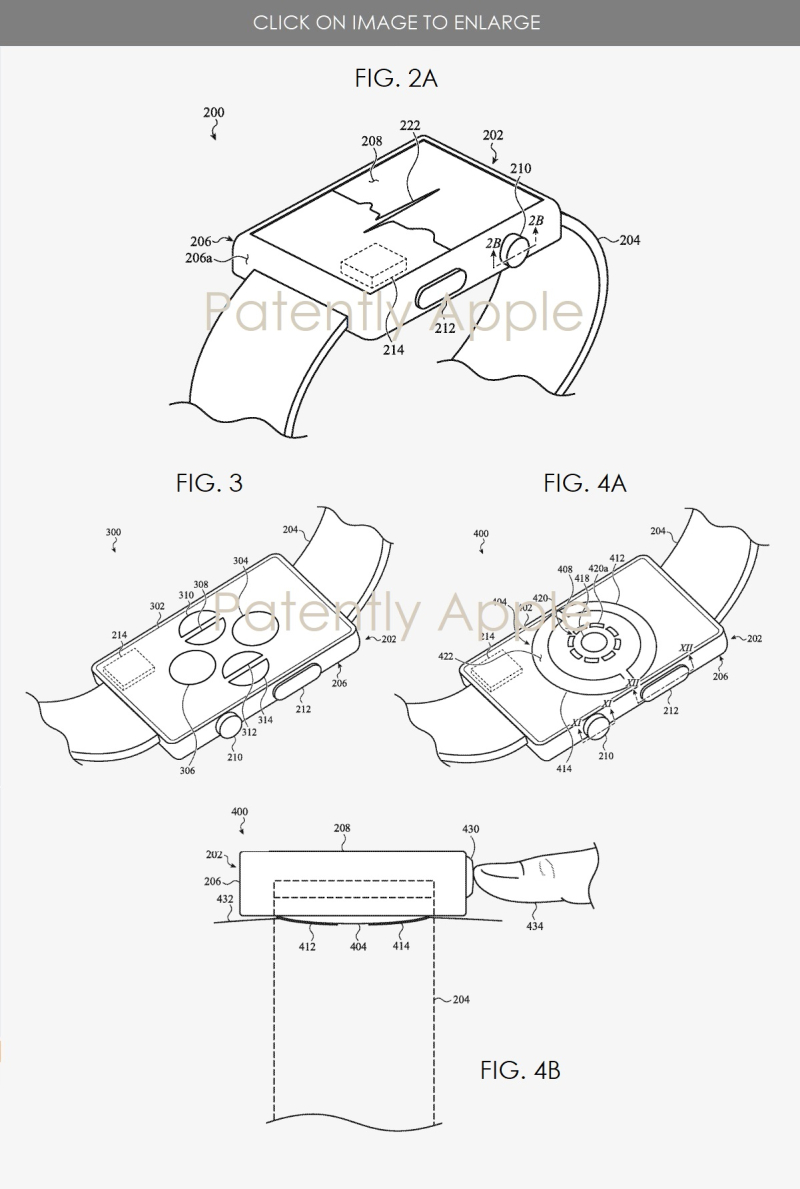 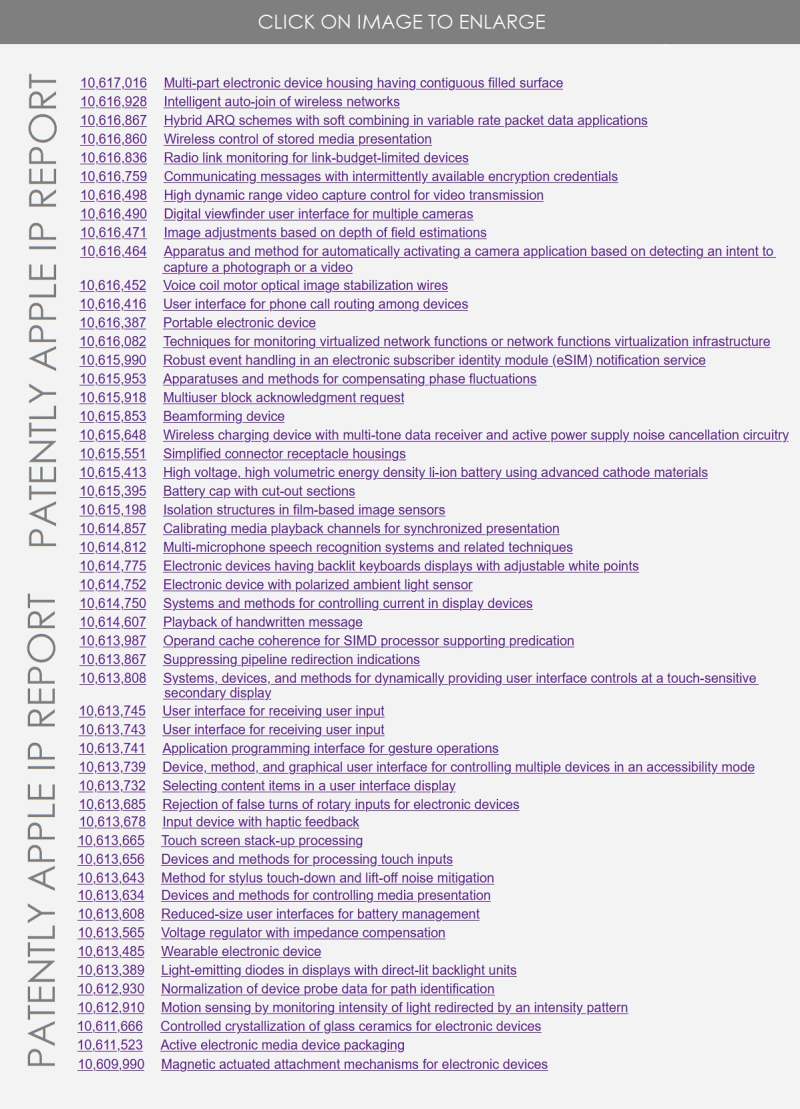