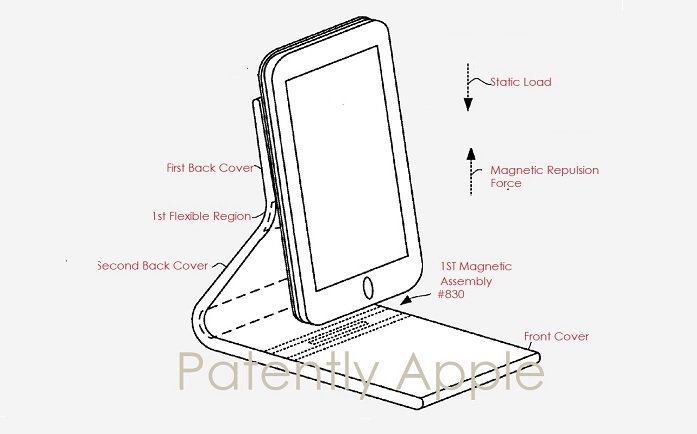 The U.S. Patent and Trademark Office officially published a series of 54 newly granted patents for Apple Inc. today. In this particular report we briefly cover Apple's patent titled "Device case with balanced hinge." The patent covers an iPhone case that doubles as a stand using a new kind of hinge system that uses magnets and more.

In patent FIG. 6A presented below we're able to see that this design of case relies more on a flexible region #620 disposed between the first portion #608 and the second portion #610. The flexible region can include one or more springs as we noted in earlier patent figures presented above and/or one or more layers of flexible material that act as a spring embedded between layers that define the first portion and second portions. 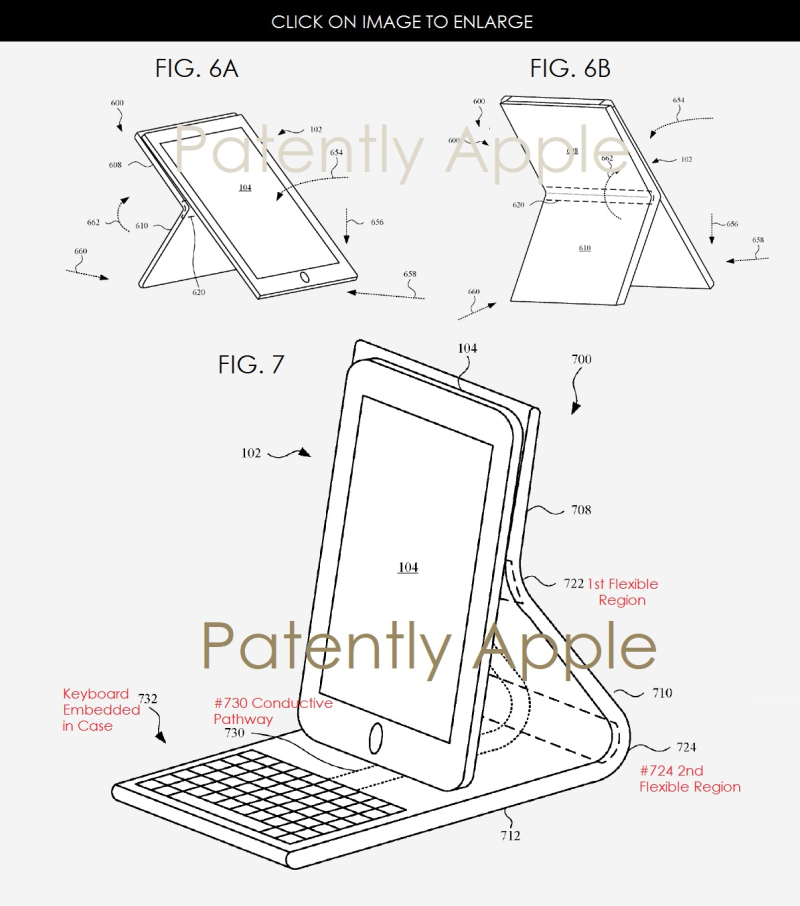 In Apple's patent FIG. 7 presented above we're able to see a rather interesting new idea of an iDevice case. The new concept illustrates a perspective view of an embodiment of a case #700 that can include one or more flexible regions and conductive pathways for operating electrical components embedded in the case #700.

More interesting is that this design relies on magnets to keep the case securely attached to an iPhone and may include an embedded keyboard.

Apple's granted patent 10,623,037 was originally filed in Q2 2018 and published today by the US Patent and Trademark Office. You could check out more details in our original patent application report here.