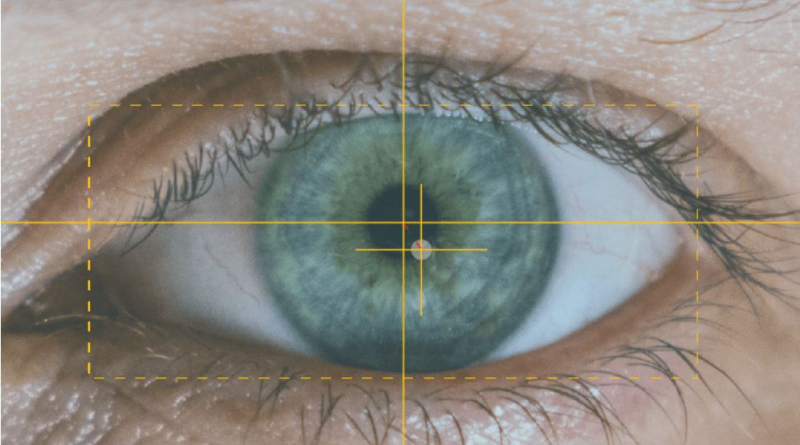 HTC's Vive Pro Eye headset was one of the first to market last year with eye tracking for VR. Engadget's video review is provide below.

Related art eye tracking falls into two different types. The first type is mounted eye tracking that includes a sensor that physically moves dependently along with the user (e.g., eyeball). For example, a head mounted display (HMD) moves with user and can provide eye tracking.

The second type of eye tracking is remote eye tracking that includes a sensor that physically moves with respect to the user (e.g., separate from or independently of the user).

include devices, systems, and methods that perform remote eye tracking for electronic devices that move relative to the user.

In some implementations, remote eye tracking determines a head pose in a 3D coordinate system, determines a position (e.g., eyeball rotation center) of the eye in the 3D coordinate system, and then identifies a spatial relationship between the head pose and the position of the eye. In some implementations, the spatial relationship is uniquely determined (e.g., user specific transformation).

Some implementations determine a first location associated with the first attribute in a three-dimensional (3D) coordinate system based on depth information from a depth sensor. 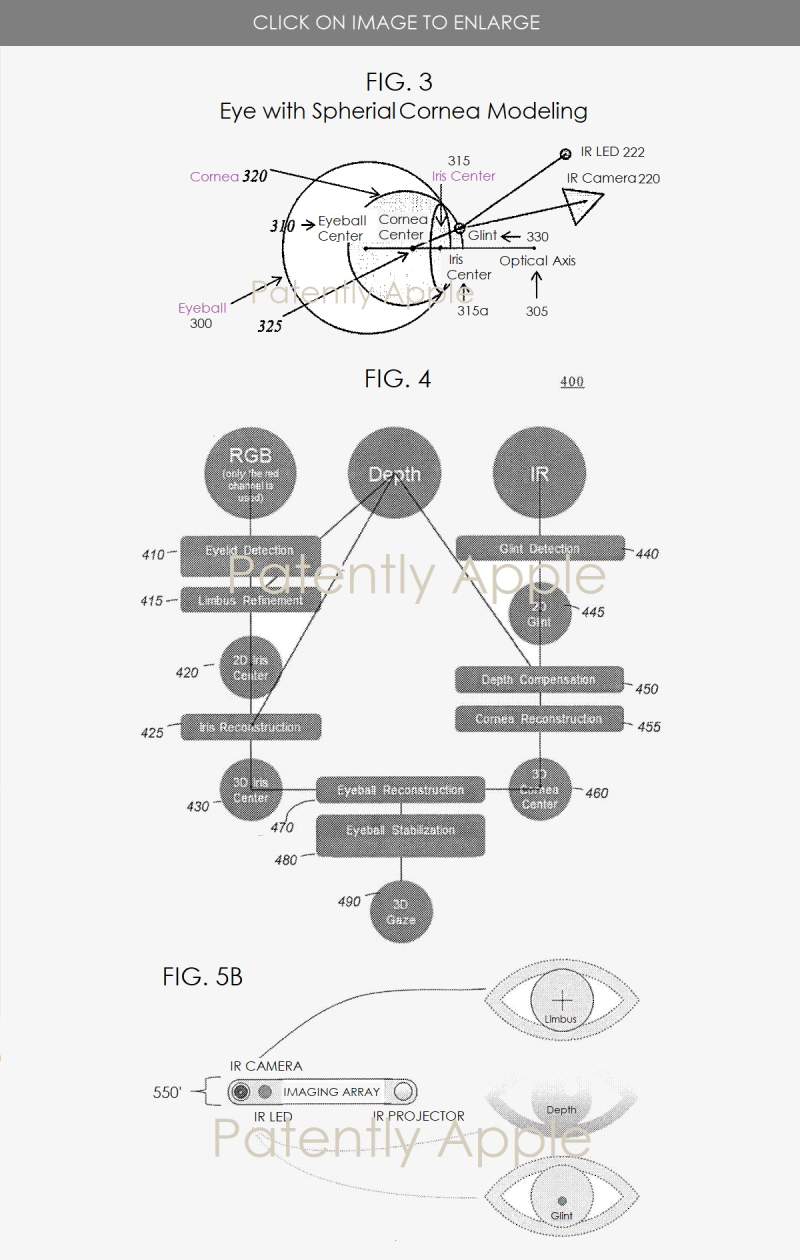 Beyond eye tracking for an HMD, Apple's patent filing touches on eye tracking for Macs as well. One use of remote eye tracking is to identify a Point Of Regard (POR) on a device in the direction of the user gaze, e.g., where the gaze direction intersects the display of the device. A POR can be used to facilitate user interaction with the device. For example, a system may detect that the users gaze has reached the bottom of the display and, in response, automatically scroll down to display more content to the user. This applies to Macs as illustrated in-part in Patent FIG. 7 below. 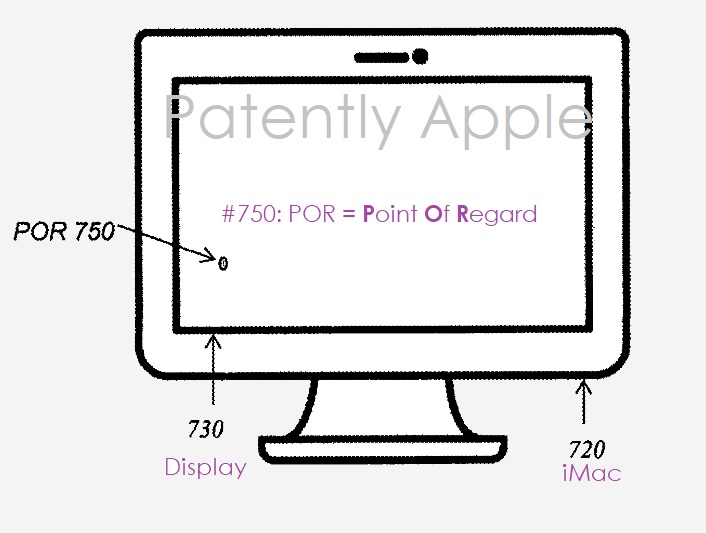 In addition, POR enabled by various implementations could support a privacy mode where a portion of the viewed content is not changed, but all other portions of the display are scrambled (e.g., reading text, scramble all words except the word being looked at).

Apple's patent application 20200104589 that was published Thursday by the U.S. Patent Office was filed back in Q3 2019. Considering that this is a patent application, the timing of such a product to market is unknown at this time. While the inventors came to Apple from the SMI SensoMotoric Instruments acquisition in 2017, this is an Apple patent which was filed in Q3 2019, well after their arrival to Apple.