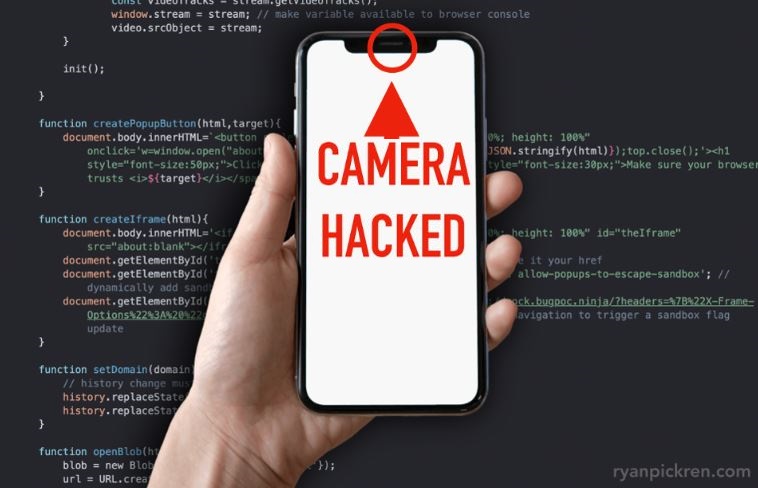 Ethical hackers, those security researchers who put their hacking talents to use in helping secure the products and services they break, can make big bucks. Work from home elite hackers participating in the recent virtual PWN2OWN event earned well over $270,000 in only 48 hours. Indeed, Google paid ethical hackers $6.5 million last year as part of its vulnerability reward programs, and Apple has a top bug bounty of $1.5 million for the most serious of iPhone hacks.

We're learning today that one savy paid-by-Apple hacker found no less than seven zero-day vulnerabilities that enabled him to construct a kill chain, using just three of them, to hijack the iPhone camera successfully.

A former Amazon Web Services (AWS) security engineer, Ryan Pickren, decided to look into Apple Safari for iOS and macOS, to "hammer the browser with obscure corner cases" until weird behavior was uncovered. Pickren focused on the camera security model, which he readily admits was "pretty intense."

That's something of an understatement as Apple has made the camera very secure, or so it thought, by requiring any and every app that wants access to be explicitly granted camera/microphone permission, permission that is handled by an OS alert box. Pickren found the exception to the rule, Apple's apps, which is what led him to prod away at the Mobile Safari app to see how he could gain unauthorized access to the camera and microphone.

The $75,000 (£60,665) bounty paid by Apple was the first that Pickren has earned from the company, which is quite a good start. "I really enjoyed working with the Apple product security team when reporting these issues. The new bounty program is absolutely going to help secure products and protect customers. I’m really excited that Apple embraced the help of the security research community." For more on this, read the full Forbes report. Below is Ryan Pickren's background story.