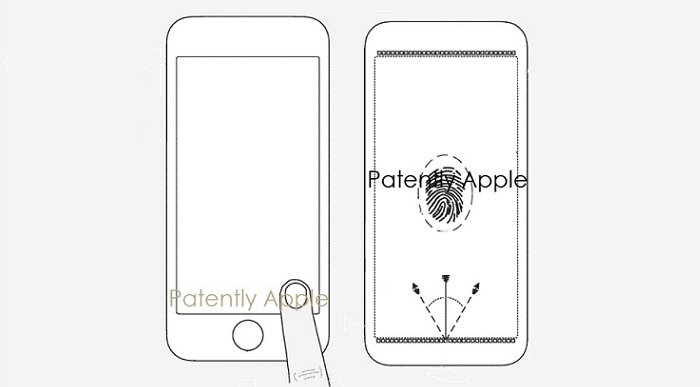 Patently Apple has discovered a series of new Apple patent applications that have been filed with the European Patent Office recently that we haven't seen surface in the U.S. In this second patent from the World Intellectual Property Organization (WIPO), we cover Apple's latest under-display optical fingerprint sensor technology. More specifically, to an under-display optical fingerprint sensor with narrow field-of-view (NFV) collimator and a thin-film transistor (TFT)-based organic imager.

Patently Apple has covered many such patents in the past that demonstrates how Apple's various engineering teams have been experimenting with varying ways of delivering this feature for future iDevices. Here are just a few of those reports on the matter that we covered in 2018-2019: 01, 02, 03, 04 and 05. One of our earliest reports on this subject matter dates back to Q1 2015 titled "Apple Introduces an Alternative Touch ID Method using Full-Display Fingerprint Sensors." The patent figures below are from that patent. 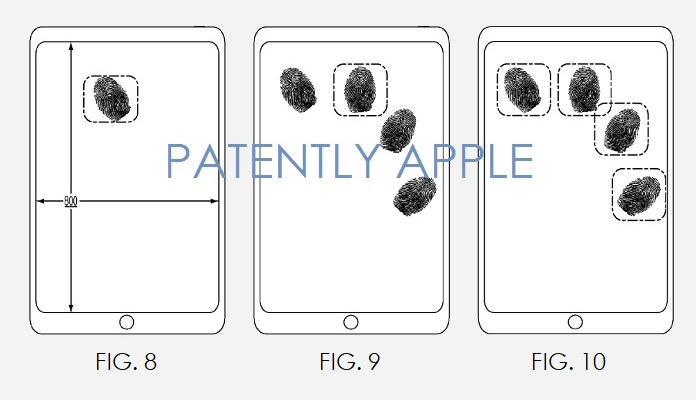 Apple notes that the challenges facing the general use of optical fingerprint sensor technology include consistency in performance over time, as the glass-air interfaces are not stable enough for small area matching. On the other hand, the large-area sensors using complementary metal-oxide-semiconductor (CMOS) are not cost effective. Separation of different reflection rays at various angles is another challenge, as many illumination patterns have to be used to separate the reflection rays, which leads to a long (e.g., a few seconds) image capture time.

Apple's patent covers subject technology directed to an apparatus for fingerprint sensing with a narrow field-of view (NFV) collimator and an organic imager.

The apparatus includes a touch-display layer, a collimator layer and a pixelated image sensor. The touch-display layer can be an organic light-emitting diode (OLED) display that is covered by a transparent layer (e.g., a cover glass layer) and can emit light to illuminate a surface touching the transparent layer and allows transmission of reflected light from the surface to underlying layers including the collimator layer and the organic imager.

The surface touching the transparent layer is a surface of a human finger including ridges and valleys, and the collimator layer’s purpose is to separate weak reflections resulting from angled illumination of walls of valleys.

Apple's patent FIGS. 1A-1B are diagrams illustrating an example of an under-display optical fingerprint sensor and a corresponding signal-level chart; FIG. 3 is a chart illustrating a signal-to-noise characteristic of an example narrow field-of-view filter (NFVF); FIG. 7 is a block diagram illustrating a wireless communication device, an iPhone, within which one or more aspects of the subject technology can be implemented. 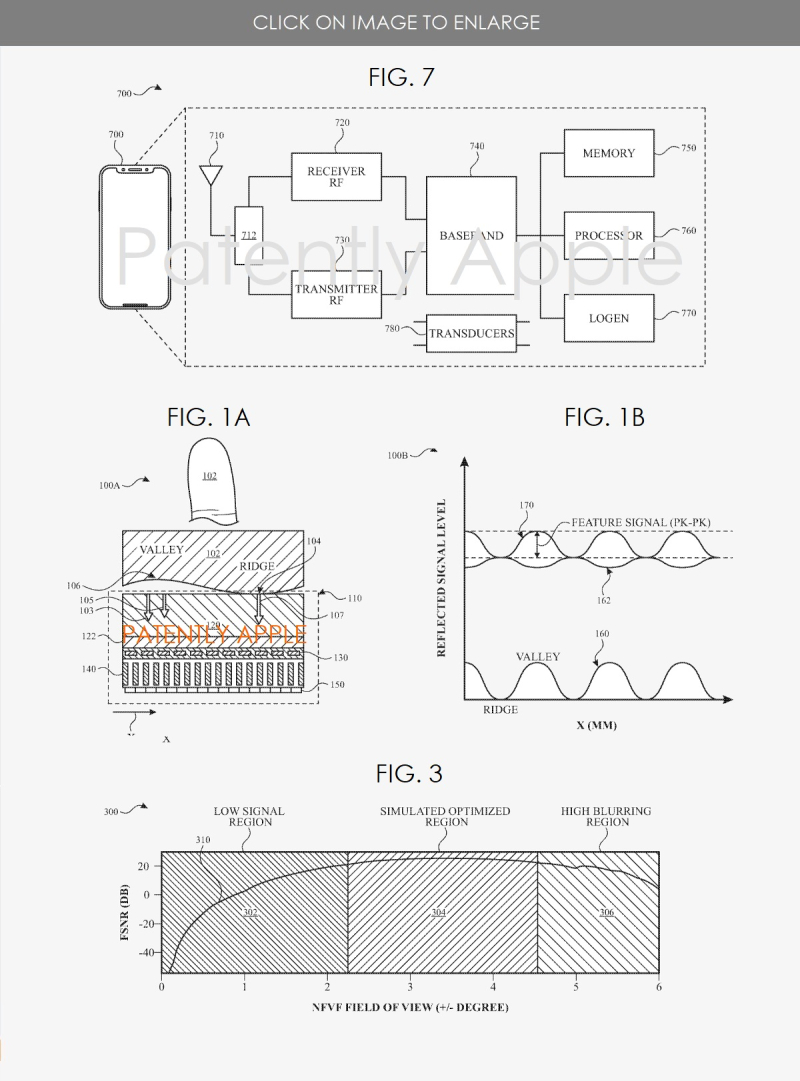 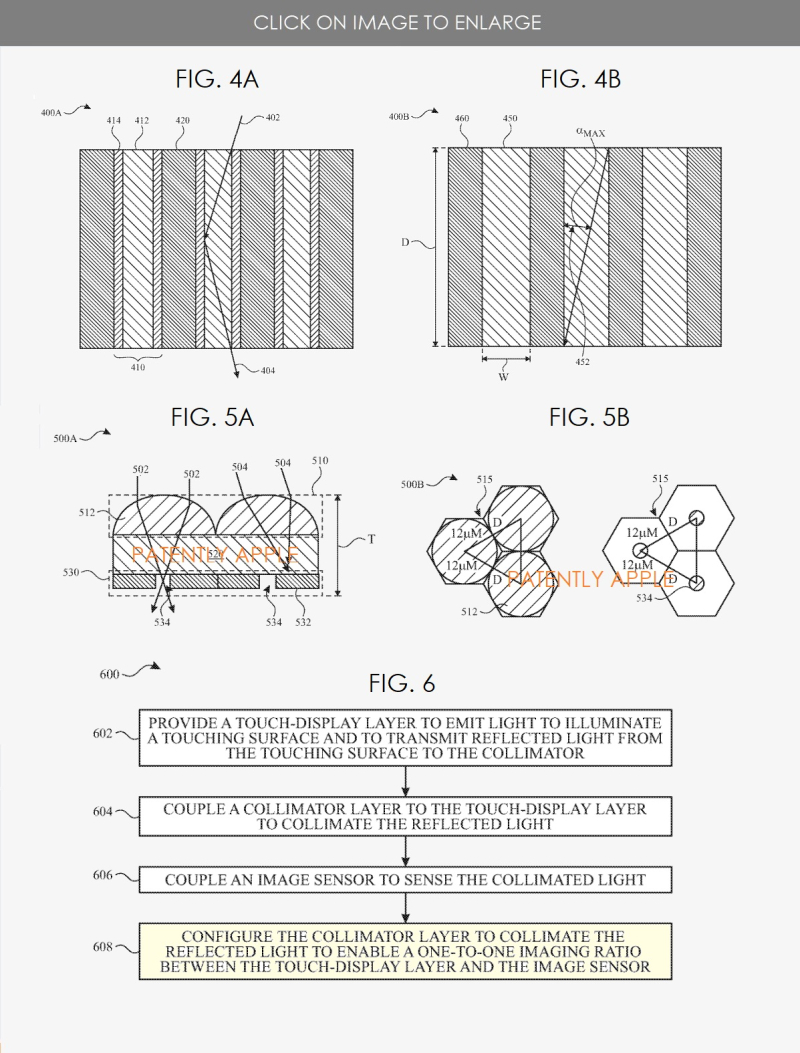 I don't know about you, but I'm hoping to see Fingerprint ID return with under the display all the better. Face ID has been a poor performer on my iPhone XR at night and Fingerprint ID would certainly be the solution. Drop a comment on our Twitter site whether you agree or disagree.