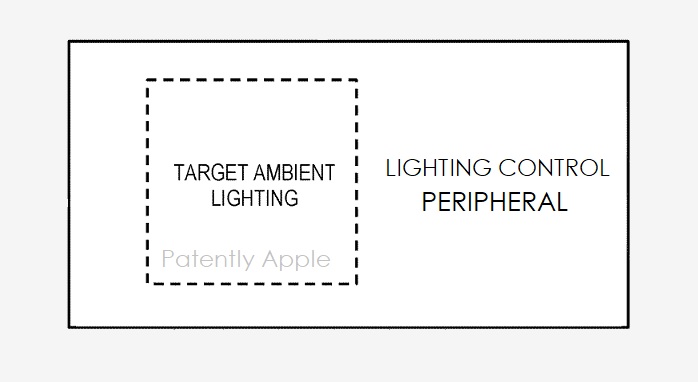 In this scenario, captured camera images can be combined with CGR content to display what has been referred to as "mixed reality" content on the head-mounted device.

Improving the quality of CGR content, including mixed reality content, is not a trivial task. There are conflicting limitations related to cameras, content generation, display quality, processing speed, and system cost that have not been adequately resolved.

Apple's invention covers an apparatus that comprises a transceiver and a controller in communication with the transceiver.

In accordance with at least one embodiment, a system comprises a head-mounted device configured to capture camera image data and to display computer-generated reality content.

The system also comprises at least one ambient lighting peripheral.

Apple's ambient light control technique enables adjusting the ambient lighting conditions to reflect the impact that a virtual object should have on the real environment.

For example, if CGR content includes a virtual glowing blue orb, a user would expect that the real environment near that orb would look blue. As the orb moves, the blue glow in the room should move with it.

Rather than performing computationally-expensive image processing to provide CGR content involving the blue orb, the disclosed ambient light control technique enables changes to the color of a light bulb in the room near the orb to be blue. 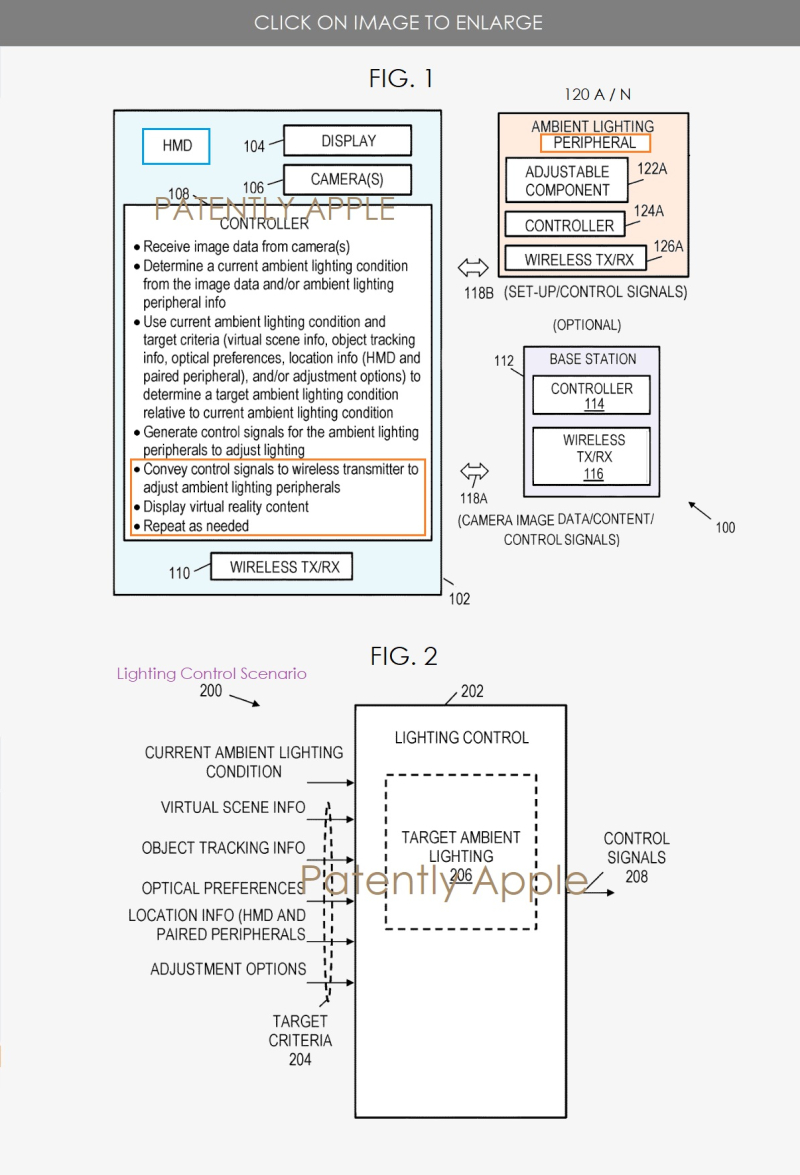 Apple's patent application 20200103656 that was published Thursday by the U.S. Patent Office was filed back in Q3 2019. Considering that this is a patent application, the timing of such a product to market is unknown at this time.