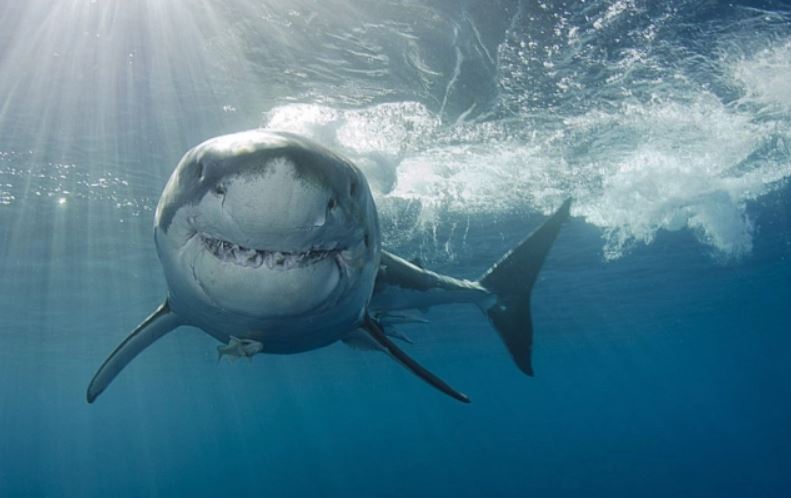 The U.S. Patent and Trademark Office officially published a series of 54 newly granted patents for Apple Inc. today. In this last granted patent report of the day we cover a next-generation of sensors that could be coming to a future Apple Watch.  While Apple Watch just added an ECG component to monitor a user's heart, we're now learning that Apple is developing an entire new wave of health sensors that will appeal to active young adults that love the outdoors.

More specifically, Apple's patent focuses on sensors that could also detect a user's environment in relation with water and the makeup of water. For instance, Apple Watch may be able to warn a swimmer or snorkeler that a shark is in their vicinity and to be aware of that danger.

Cutting to the chase, Apple's patent FIG. 2 below illustrates the back of a future Apple Watch with a band that contains a sensor on the inside of the band. Apple notes that sensor #128 can be used to detect an amount of perspiration, or sweat, on the surface of the user's skin. In this way, the sensor can be used to trigger other sensors that can determine, for example, a pH level of the sweat, a presence of pathogens, chemicals associated with diseases, and so forth. 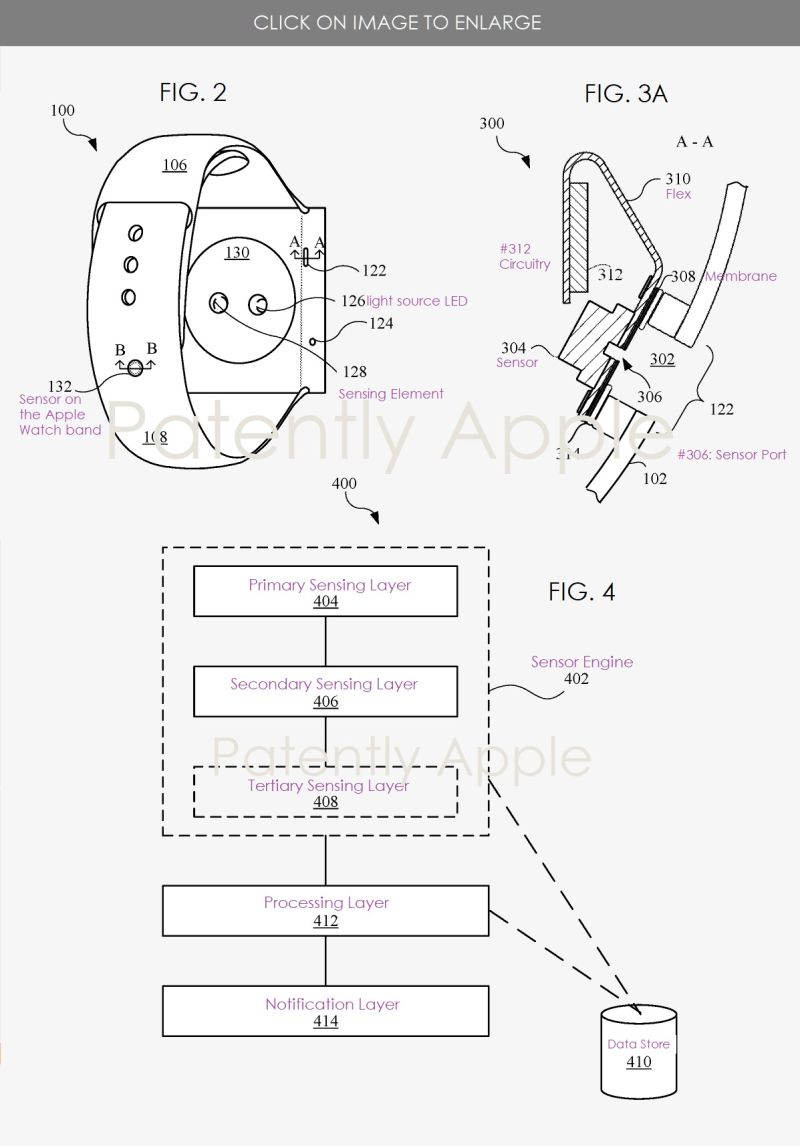 Apple's patent FIG. 3A above shows a representative cross-sectional view of sensor system #300 carried by Apple Watch.  The housing of the watch can include opening #122 that can lead to cavity #302 (or well #302), having volume that defines at least a threshold amount of water indicating that the watch is submerged or otherwise in contact with a substantial amount of water corresponding to a lake, stream, pool, ocean, and so forth.

The sensor knows the difference between the watch being in a body of water versus having water dribble in by rain, lawn sprinklers and so forth. In this way, false alerts or triggers can be avoided.

For instance, the notification system can warn a user that is swimming, snorkeling or scuba diving in the ocean of dangerous conditions such as rip tides or that dangerous predators such as sharks are in the area.

The watch could also have another type of sensor layer that could monitor the water for property detection. Apple specifically notes that If geo-location data indicates that body of water is near a lake, then bio-matter sensor could be arranged to detect bio-matter such as harmful pathogens. A chemical sensor for detecting harmful chemicals can trigger a user alert.

Apple continues to list yet another round of sensors. They note that there's a salinity detector that can be used to determine the salinity of the water and based upon that result, a determination can be made that the water is either salt water or fresh water.

If the water is determined to correspond to salt water, then a geo-location device can fix a current location as being an ocean (or a lake). The location can also be indirectly determined by a context of use evaluation as well as data received from the user in the form of user physical data (heartbeat, breathing rate, etc.).

In this case, certain other sensors can be called upon to detect particular properties of the salt water associated with the ocean and more particularly to the location at which the system is positioned. The other sensors can be selected to determine an overall view of how benign the current environment is with regards to a user's health.

Apple's patent FIG. 7 below illustrates a flowchart showing a method for using a Apple Watch as an environmental sensor/health monitor. 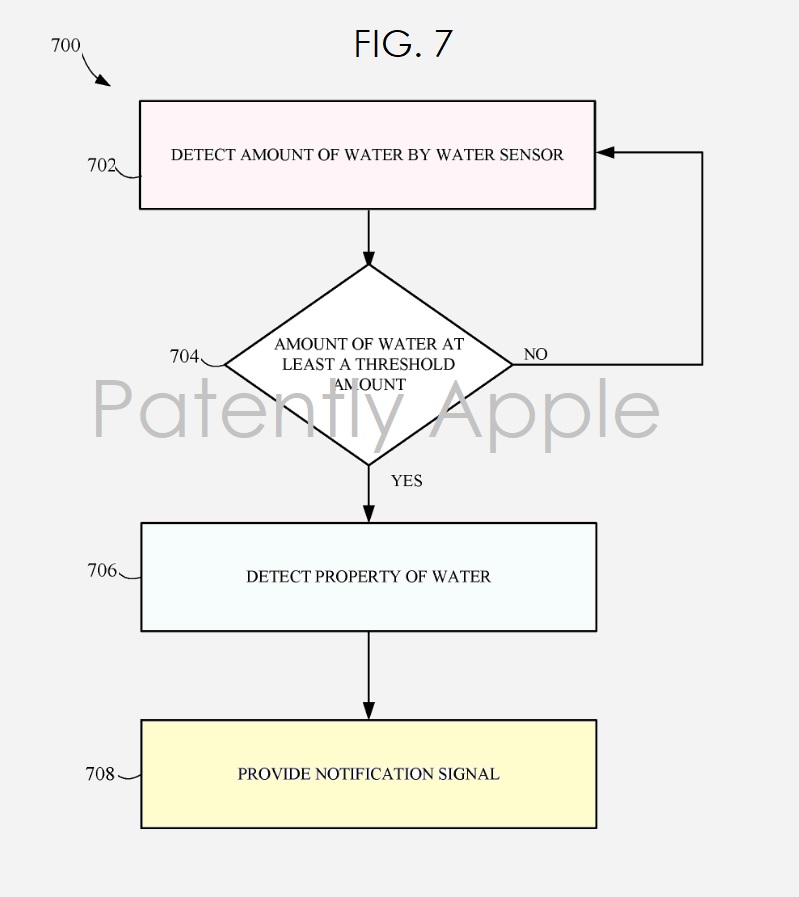 Apple's granted patent 10,617,358 was originally filed in Q3 2016 and published today by the US Patent and Trademark Office.