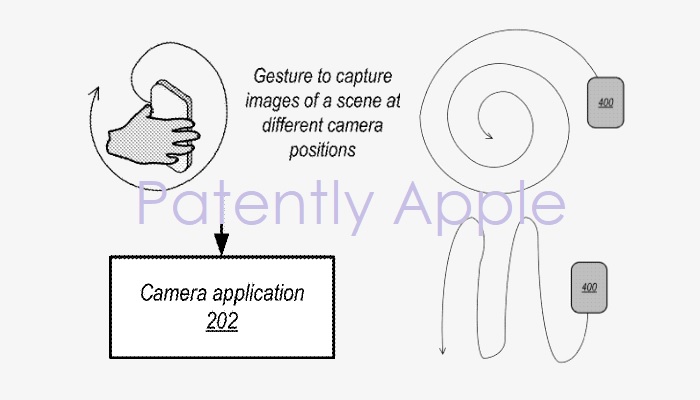 Today the US Patent & Trademark Office published a patent application from Apple that relates to a next-gen light field panoramic camera system that will eventually be coming to the iPhone, iPad and future HMD. This is important because Google will be delivering such a system to market at some point in the future because of their acquisition of Lytro in 2018. Lytro was one of the leaders in light field imagery relating to photography and VR.

The light field panorama may be processed by a rendering engine to render different 3D views of the scene to allow a viewer to explore the scene from different positions and angles with six degrees of freedom. Using a rendering and viewing system such as a mobile device or head-mounted display, the viewer may see behind or over objects in the scene, zoom in or out on the scene, or view different parts of the scene.

If you've ever seen such imagery and capability, then you know this will be a killer app for iPhone cameras and future HMD.

Virtual reality (VR) allows users to experience and /or interact with an immersive artificial environment, such that the user feels as if they were physically in that environment. For example, virtual reality systems such as head-mounted displays (HMDs) may display stereoscopic scenes to users in order to create an illusion of depth, and a computer may adjust the scene content in real-time to provide the illusion of the user moving within the scene.

In embodiments of a light field panorama system, a user holding a mobile device that includes a camera, such as a smartphone, tablet, or pad device, performs a gesture to move the camera in front of a scene of interest to capture a set of digital images of the scene from different positions. 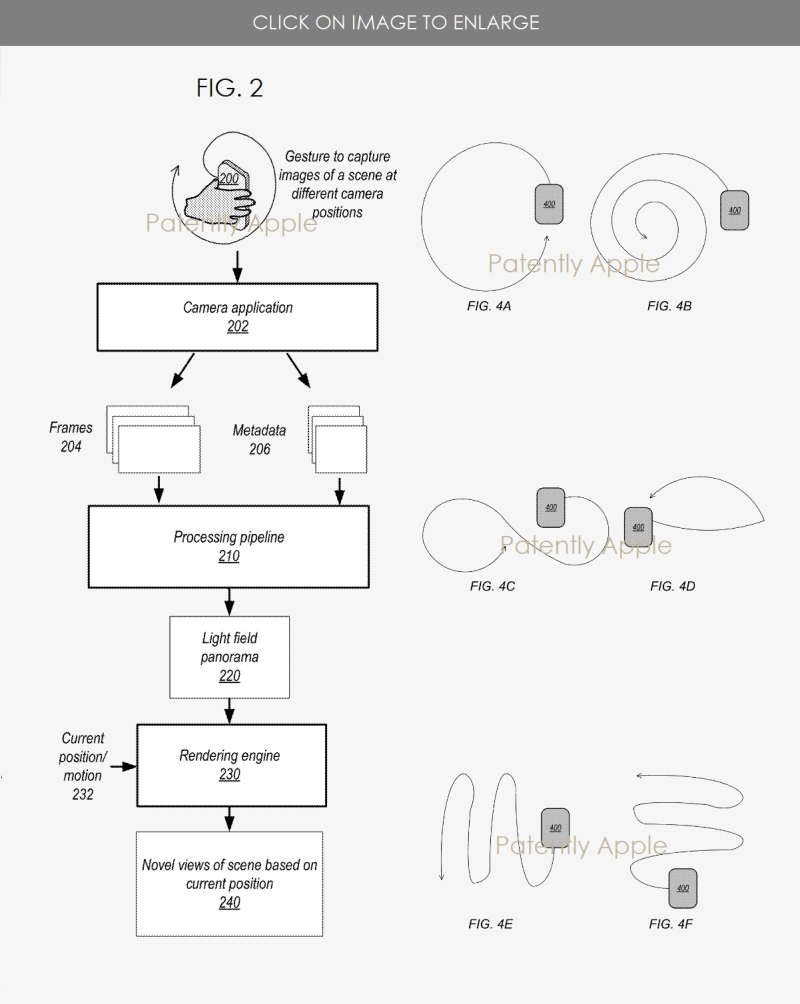 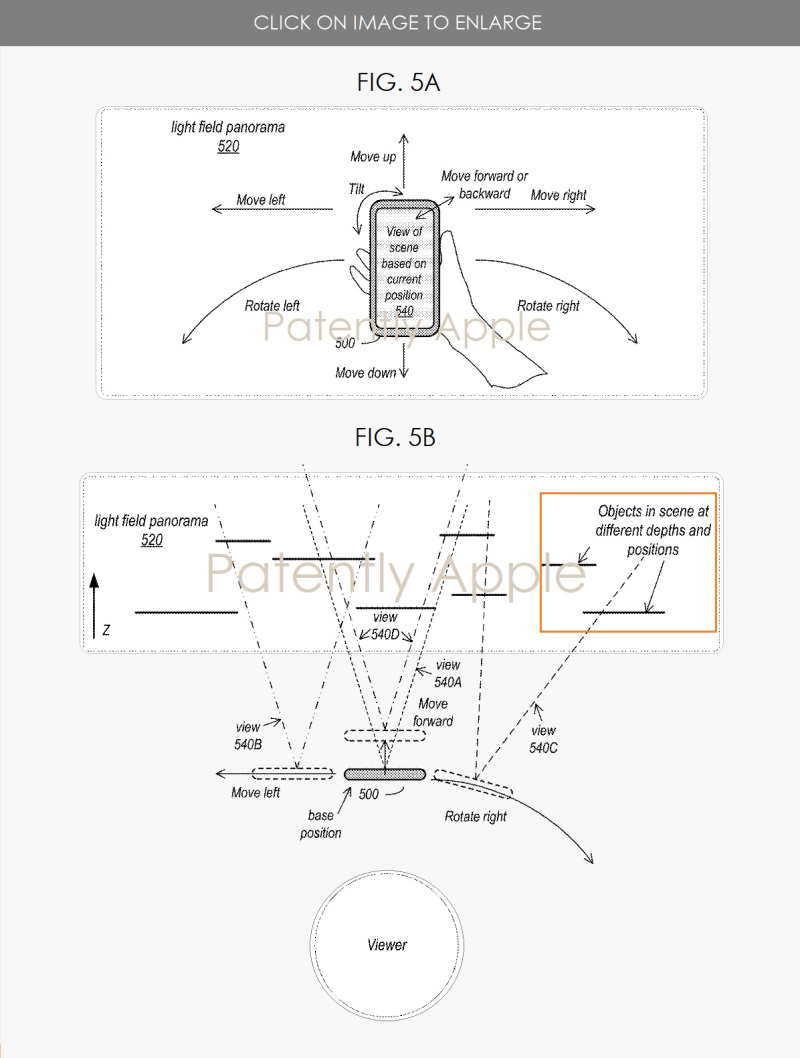 Apple's patent filing further notes that additional information, for example, position and orientation information from motion and position sensing technology of the device, may also be captured with the images.

The captured scene represented by the light field panorama may be explored by a viewer using a rendering and viewing system on an HMD, a mobile device such as a smartphone, tablet, or pad device, or on a computer system. The light field panorama data (images and metadata) for the scene may be processed by a rendering engine to render different 3D views of the scene to allow the viewer to explore the scene from different positions and angles with six degrees of freedom.

Using the rendering and viewing system, the viewer may change their viewing position and angle to see behind or over objects in the scene, zoom in or out on the scene, or view different parts of the scene. 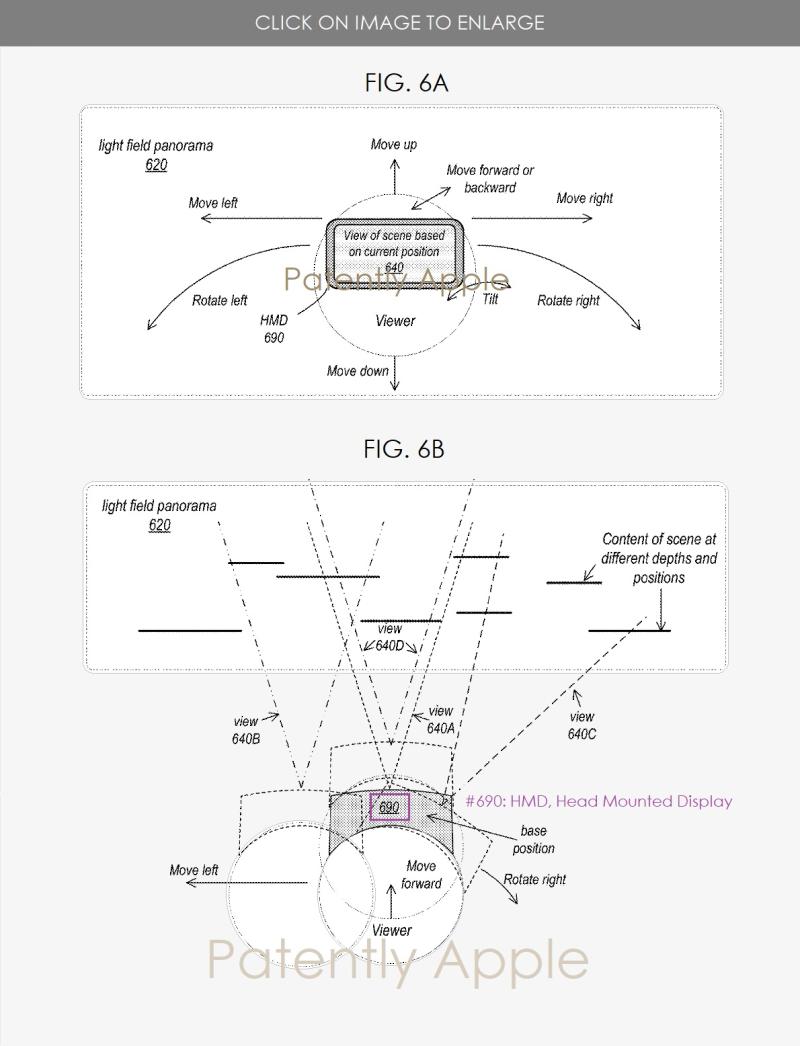 Thus, the light field panorama allows a viewer to explore a scene with six degrees of freedom (6DOF), meaning the viewer can rotate with the content as well as translate in different directions. By contrast, a typical 360 panorama (or photo sphere) only allows three degrees of freedom in the rendering, meaning that the viewer can only rotate their head but cannot translate through the content as they can when exploring the light field panorama.

Embodiments may, for example, allow the viewer to experience the captured wide-angle content of a scene in immersive virtual reality, for example via an HMD.

The image that is captured is 'parallax' aware in that when the image is rendered in virtual reality, objects in the scene will move properly according to their position in the world and the viewer's relative position to them. In addition, the image content appears photographically realistic compared to renderings of computer-generated content that are typically viewed in virtual reality systems. 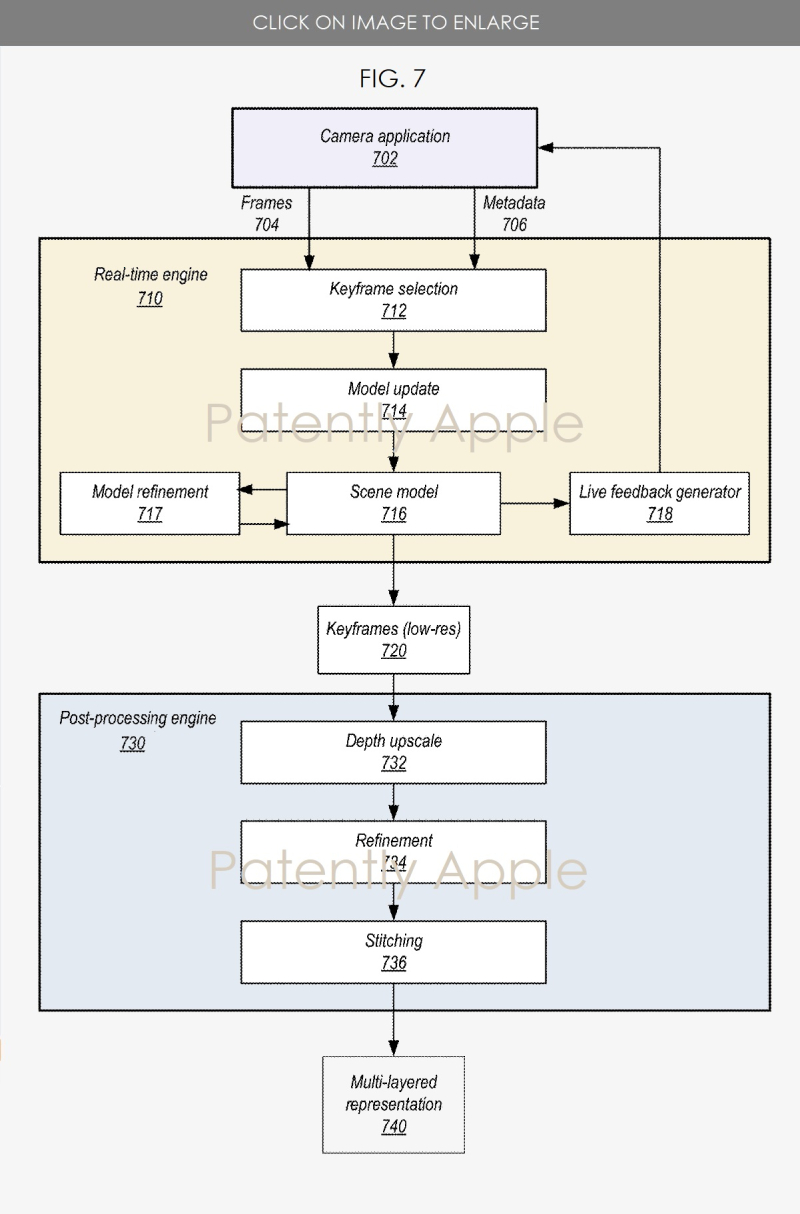 For the record, Patently Apple covered an IP report back in June 2017 titled "Apple Wins Key Patent for Light Field Cameras that could deliver an Immersive AR Experience for Macs, iDevices and Headset." The patent was originally filed in 2016. So Apple has been working on this project for at least 3.5 years.