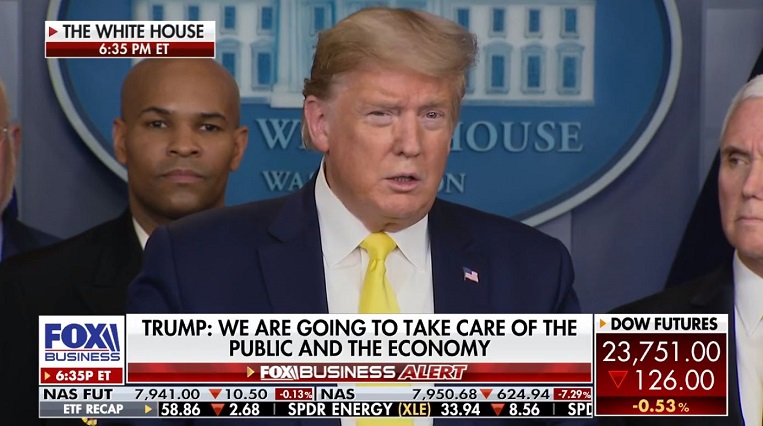 Report Update 8:05 a.m. PST: a video has been added where President Trump discusses new economic measures to be announced

After the bell there has been a tiny uptick of 2.01% or $5.34/share. It was at +1.07 about 40 minutes ago, so it's been inching back up. You can keep on top of Apple's stock AAPL overnight and before the opening bell here. 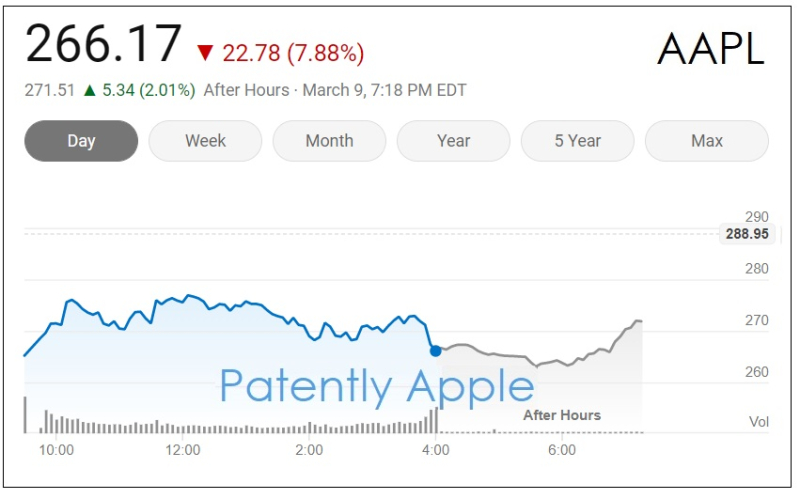 Monday’s market decline, which sent the S&P 500 and Dow Jones Industrial Average to historic losses, was sparked by the ongoing spread of the coronavirus and tumbling oil prices."

You could read about the price war in oil markets in this CNN report.  The report noted that Saudi Arabia, the world's top exporter, launched a price war over the weekend. The move followed the implosion of an alliance between the OPEC cartel, led by Saudi Arabia, and Russia which added fuel to the COVID-19 fire.

To calm investors, the market and businesses, President Trump led an update with the coronavirus task force. The markets (The Dow, S&P 500 and Nasdaq Composite) reacted positively and began to rise which was reflected in Apple's stock price getting a tick upward as we noted earlier.

President Trump promised noting that he and his team were evaluating a number of options to do just that: "We are taking care of the American public" Those include a potential payroll tax cut, a back-stop for hourly wage earners so nobody will "miss a paycheck" and ongoing conversations with hard-hit industries including the airlines and hotels. President Trump said that he will talk more about those economic policies tomorrow which and they'll be major.

Update March 10, 2020 8:05 a.m. PST: The video below is from CNBC, as fox locked out their embed code. Thumbs up to CNBC for making it available. President Trump talks about the economic relief in the works in the first 2+ minutes of the video and then returns at the 9:25 mark stating that after he visits with the Senate this afternoon a press conference will be called to relay some of the economic aid with more specificity. Could there be a delay? Perhaps, but tentatively the news will be delivered sometime late this afternoon (March 10, 2020).