While the World is on Lockdown, Apple TV+ will be Launching a new British comedy series on May First to help lighten things up 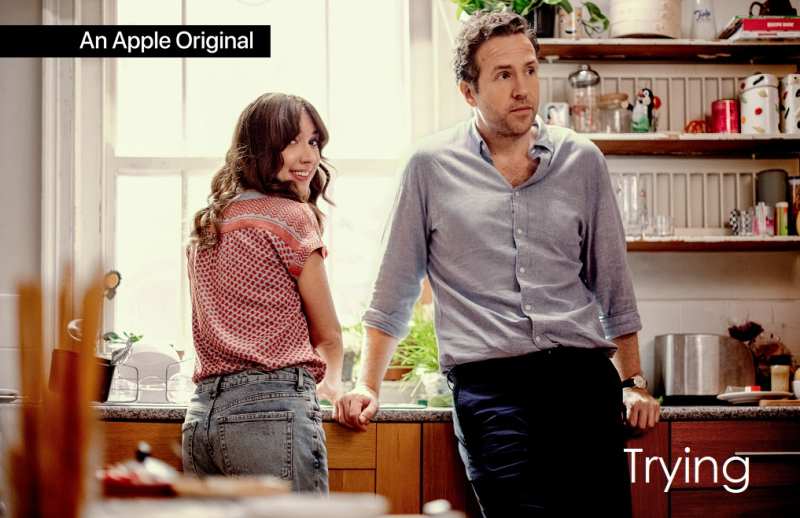 The Brits have created a great number of comedies over the years that were hits like 'The Office,' 'Mr. Bean,' and 'Fawlty Towers.'  On May 1, Apple's British comedy series titled 'Trying' debuts on Apple TV+. Trying is a new comedy series from Apple TV+ and BBC Studios about a thirtysomething couple and their friends learning to grow up, settle down, and find someone to love.

The lead characters Nikki (Esther Smith) and Jason (Rafe Spall) want a baby—but it’s just not in the cards for them. So how are they going to fill the next 50 years of their lives without children?

After ruling out every other option, Nikki and Jason decide to adopt and are confronted by a world of bewildering new challenges. With their dysfunctional friends, screwball family, and chaotic lives, will the adoption panel agree that they’re ready to be parents? The Official 'Trying' trailer is presented below.