Apple notes that electrostatic discharge (ESD) is the sudden flow of electricity between two electrically charged objects caused by contact, an electrical short, or dielectric breakdown. ESD can cause failure of solid-state electronic components such integrated circuits. Static electricity can build up on electronic devices and various conductive components.

Apple's invention pertains to a mounting system that can mount a first electronic device to another device and provide a path for discharge of static electricity between the devices while maintaining a visually appealing connection surface and avoiding a metal-on-metal connection point that could otherwise result in corrosion and/or wear over time. In some embodiments, a first part of the mounting system is formed on a first device and includes a metallic layer covered by a cosmetic anodized layer with multiple micro-perforations formed through the anodized layer, each of which exposes a small portion of the underlying metallic layer. 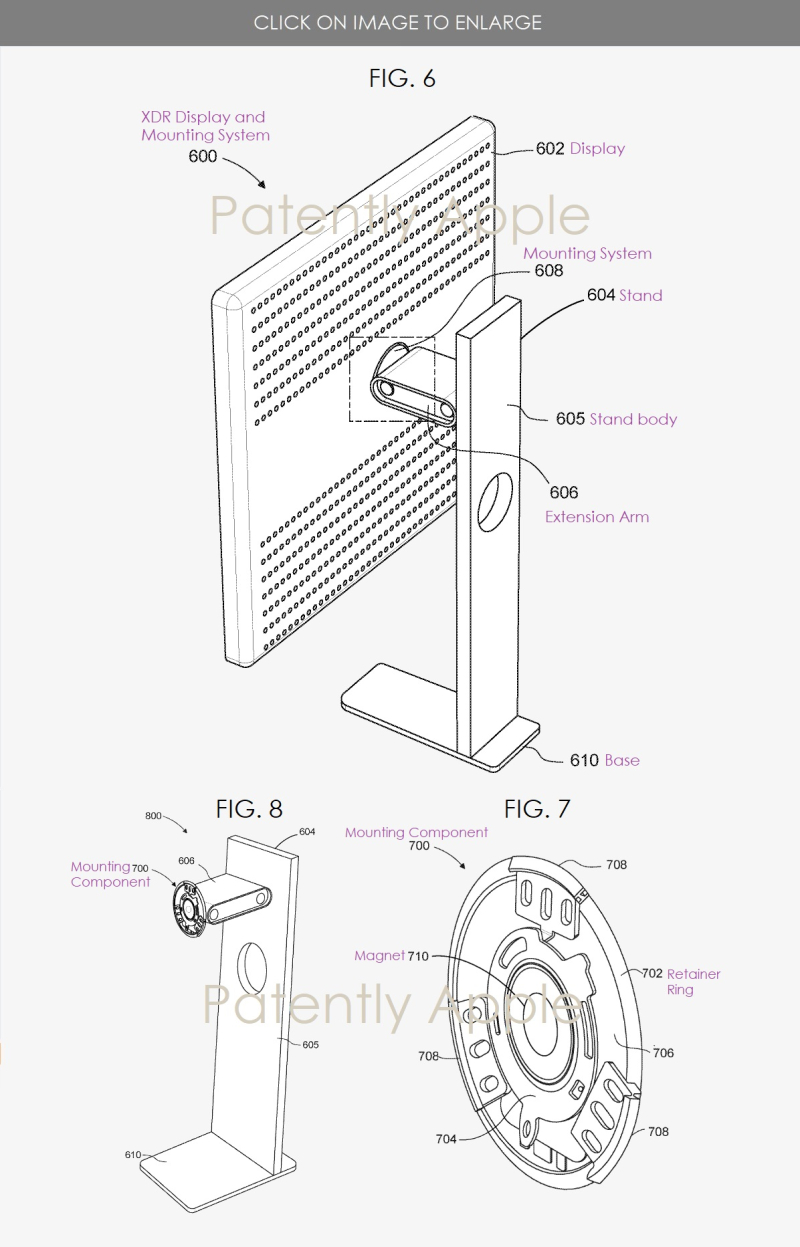 Mac Pro is also available in a rack mount — with all the same performance features and configuration options as the tower — for spaces better suited to a rack design. The rack mount features the airflow‑maximizing 3D lattice and stainless steel handles on the front and tool‑less stainless steel slide rails in place of feet or optional wheels. 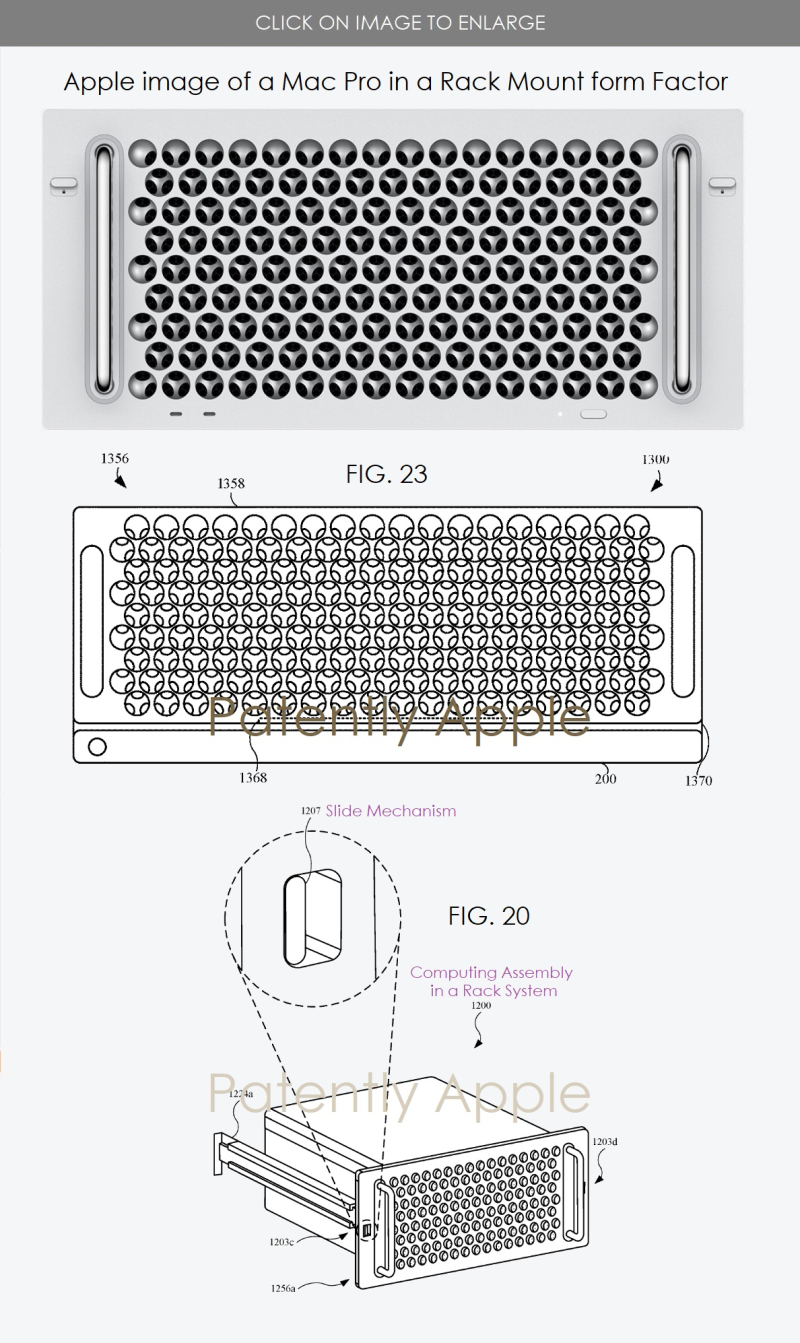 Apple's patent application 20200100383 that was published today by the U.S. Patent Office was filed back in Q3 2019. This is now a patent fulfilled. To drill into the details, check it out here.