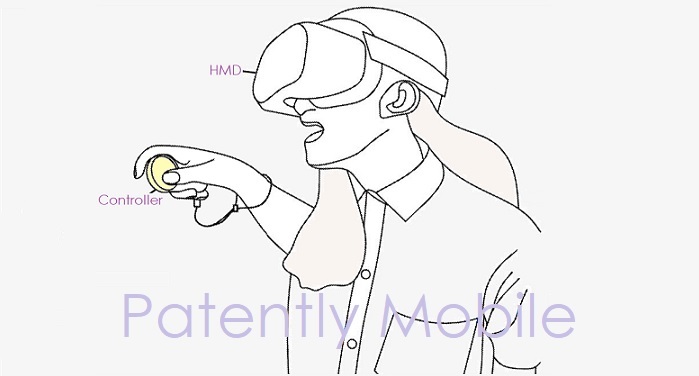 Yesterday Facebook was granted patent for a new trackpad-like device that will allow VR headset users to type out messages or answer emails that uses a QuickPath, SwiftKey or Swype-like approach to skating through a virtual keyboard. Jonathan Ravaszm who is listed as the lead inventor of this Facebook / Oculus invention, joined Apple in Januay 2020 as a UX Prototyper.

According Facebook's newly granted patent, their invention covers a computing device in an artificial reality system that may present a user a virtual keyboard that can be typed with a controller in an efficient, intuitive, and convenient way.

When a user wants to type characters using a virtual keyboard, the user may use the trackpad to control the movement of a pointing indicator (equivalent to a cursor on the computer screen) over the keyboard. Because the trackpad is relatively small and the range of motion of a user's thumb is limited, the user may not be able to reach every key on the virtual keyboard in one motion. 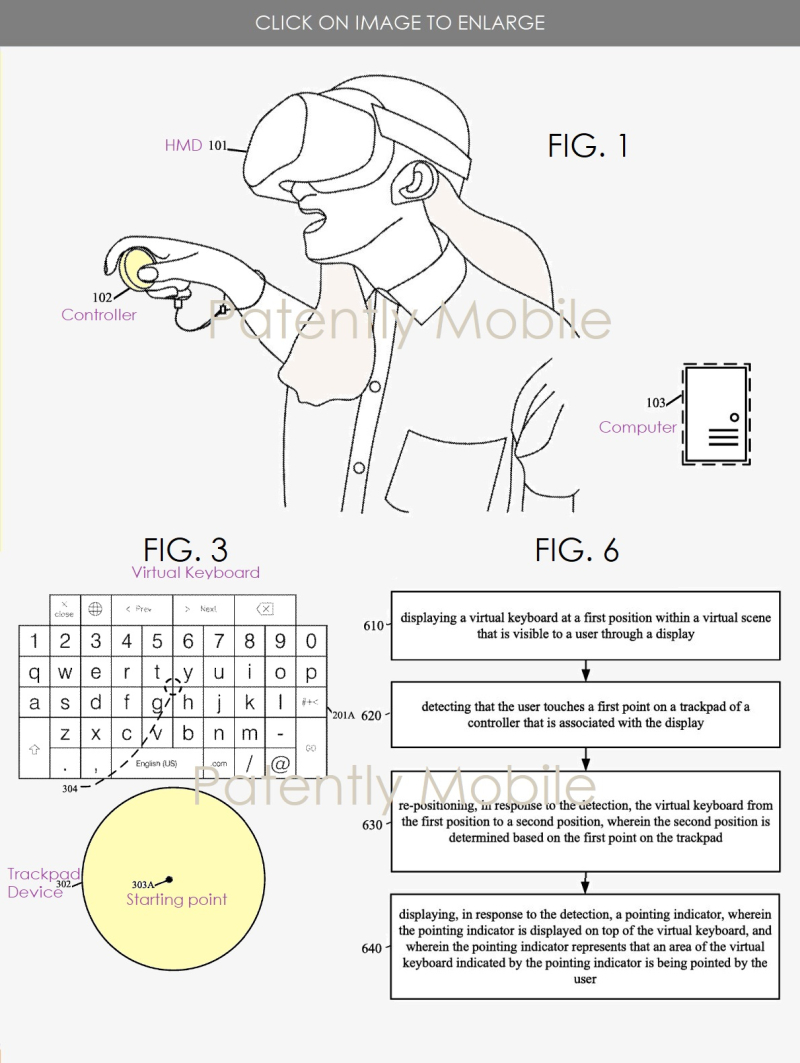 Facebook's patent FIG. 6 above illustrates an example method for adjusting the position of a virtual keyboard based on a touch position on the trackpad.

Facebook's granted patent that was originally filed in June 2018 was given granted status by the U.S. Patent and Trademark Office yesterday.