On March 14 Patently Apple posted a report titled "Tech Companies Step up their Contributions to Fight COVID-19 as Apple Closes all Retails Stores outside of China for two weeks." Within that report we had noted that Google stepped up to the plate and are assisting President Trump's team with a new website that's part of the "Coronavirus Testing" process. We further noted that "Although some left-wing tech sites have reported that no such website project exists, Bloomberg had reported that Google's Verily health-care division was working on the new website.

Today Bloomberg is reporting that "Google launched a website dedicated to information about COVID-19 a week after U.S. President Donald Trump touted the company’s help in the fight against the pandemic."

The internet giant said it worked with 'relevant agencies and authorities' to roll out the site (called "COVID‑19 Information & Resources) which went live late Friday offering education, prevention and local resources related to the novel coronavirus.

On a second footing, Bloomberg reported earlier this week that "Alphabet Inc. health-care unit Verily ran tests and is working with the state of California to expand the program."

Verily is part of a countrywide effort to expand testing so U.S. public health officials can get a better sense of how far COVID-19 has spread. Verily’s website asks potential patients questions to determine if they need testing, then directs them to one of two Verily testing sites where a sample is taken. Labs run the samples and Verily sends the results to patients." 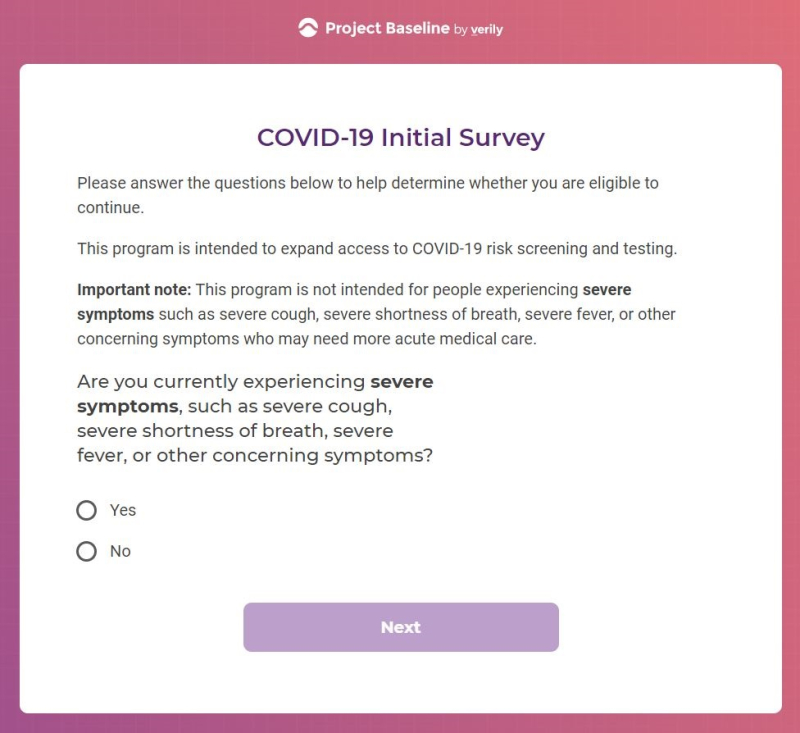 Most importantly, Bloomberg's report today notes that "Google hopes to include a link on its website to a questionnaire from the U.S. Centers for Disease Control and Prevention that will ask people about any virus symptoms and direct them to testing locations and other resources," just as their Verily website does today. This is exactly what President Trump and his team alluded to.

Kudos to Bloomberg news for delivering the facts that proves what the President and his team stated during a press conference on their new COVID-19 online testing form in-the-works.

At this dangerous time around the globe when people are afraid of what to expect day by day, I find it absolutely pathetic that there are known tech sites like Forbes who are preoccupied by left wing politics instead of trying to cheer on the administration working around the clock to fight COVID-19 for the American people. Verily is a Google company and trying to play word games that the president should have said Verily instead of Google is mind boggling sad from a major publication.

Shame on those who are trying to divide the U.S. further at this time of crisis including those trying to stop Google's crisis-mode contributions.