Home Archives Contact Us Subscribe Twitter MeWe Facebook Patently Mobile
Apple Invents new Keyboard and Accessory for MacBooks, Desktops and iPad Pro that locks out Debris and Liquids
While the World is on Lockdown, Apple TV+ will be Launching a new British comedy series on May First to help lighten things up 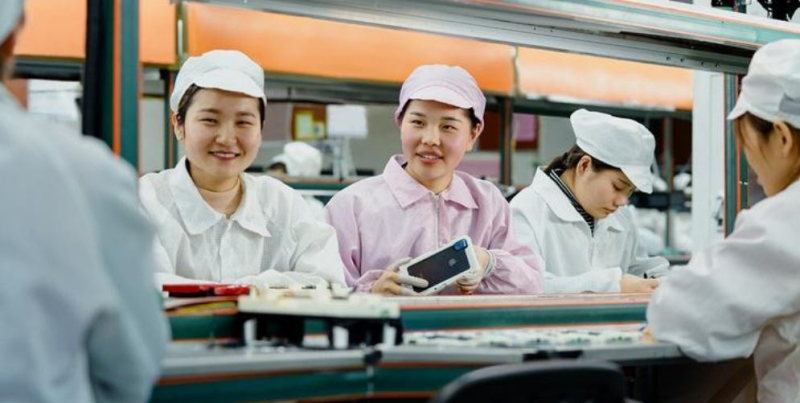 Last week the Nikkei claimed that Apple's 5G iPhone would be delayed due to COVID-19. Knowing the Nikkei is always looking for the sensational byline to gain clicks we ended our report by stating: "The Nikkei's posted report is a rumor, so take it in stride." Five days later and Bloomberg claims that Foxconn's iPhone 5G production is still on track, just as Foxconn stated back on March 3rd. Our report quoted Foxconn's Chairman Liu stating that it has not seen great impact on client's new product launches, pointing to its advanced assembly capacity.

Bloomberg further noted in their report today that with Hon Hai Precision (owner of Foxconn) profits falling due to COVID-19 the company has gone on the offensive talking up future revenues will come from new businesses like manufacturing electric cars, the Internet of Things (IoT) and cost savings from more automation coming on stream.

Apple's CEO Tim Cook downplayed moving production out of China back in an interview with Fox News on February 28th. Cook expressed confidence in the supply chain in China that they've created by emphasizing the quality of production and the depth of engineering it has versus moving outside of China to simply save on costs alone.

Yet Taiwan based Hon Hai has revealed that the company is now diversifying away from its main Chinese production base to mitigate the impact of disruptions. It’s spending more than NT$17 billion building factories in India and Vietnam, responding to customers’ needs, Chief Financial Officer David Huang said at an earnings conference last year. Those two countries will become regional manufacturing hubs, he added.

Read more of Bloomberg's report titled "IPhone Maker Hon Hai’s Profit Slides Ahead of Virus Outbreak," that is on their technology homepage today.

It would appear that while Apple's CEO wants to downplay a shift of some iPhone production out of mainland China, Hon Hai is making their statement clear that production expansion outside of China is only smart for medium to long term business stability.

Any major disruption in Apple product lines in the future would hurt Apple's reputation and financials, so it's only wise for Foxconn to make their plans very public that they're building backup capacity.

Foxconn claiming that India and Vietnam will become regional "manufacturing hubs" is a sign that component suppliers are likely following Foxconn's lead.