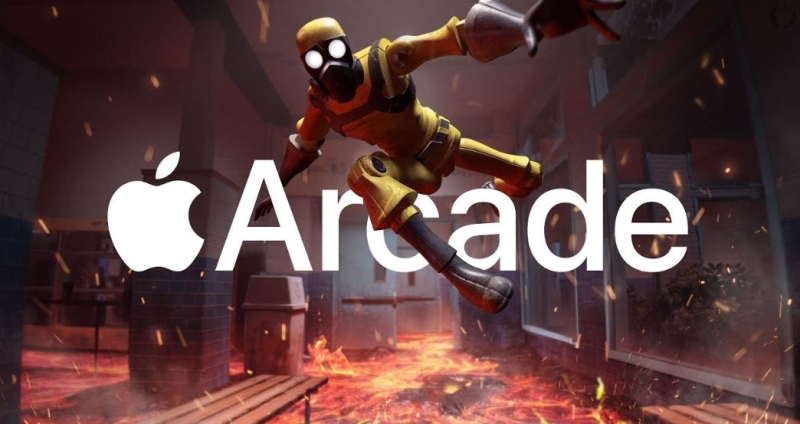 Video-game fans suddenly have their pick of a huge menu of titles thanks to a raft of new mobile subscription services from Apple, Microsoft, Google and Nvidia. But for the more than 1 billion users of Apple’s iPhone and iPad, the only real option is Arcade, the subscription service launched by the company in September. That's because Apple imposes strict limits on the kinds of apps users can access on its devices.

For example, App Store guidelines ban services that rely on streaming from the cloud. Arcade adheres to the requirements, in part, because it’s included as a feature within the App Store itself. This is the latest example of what critics say are arbitrary rules favoring Apple’s own apps at the expense of similar software from outside developers.

David Barnard, a longtime independent developer and advocate at RevenueCat told Bloomberg that "There’s a fraught relationship between developers and Apple precisely because of rules like this. In some ways, I am incredibly grateful to their marketplace for helping me make millions of dollars I wouldn’t have made without it. On the flip side, Apple being so heavy handed at times does kill apps and does cause developers to miss out on other potential revenue."

If software developers want to reach as many consumers as possible, they have to be on Apple’s iOS. The operating system powers more than 1 billion smartphones and tablets and it’s the only way to access the iOS App Store, which accounted for 65% of app spending globally last year, according to Sensor Tower.

Apple also has the power to make or break mobile gaming businesses: More than half of the $62 billion spent on smartphone gaming last year happened on Apple products.

At least one gaming subscription offering, GameClub, has managed to get on the App Store. It licensed several old-school games, released them all on the App Store as separate apps under one developer account and offers one $4.99 subscription that works across the apps. Still, it was rejected 127 times by Apple before being approved.

Eli Hodapp, GameClub’s head of business development told Bloomberg that "he amount of effort we put into making sure the app played by Apple’s rules was no joke, it was a huge undertaking."

In February, Microsoft released a beta version of its gaming service, currently dubbed xCloud. It is still in free preview, but is expected to launch later this year as a paid service under the company’s Game Pass brand. A look at the software shows the contortions that it and other Arcade rivals will have to pull off to get on Apple’s system. While Microsoft’s has a catalog of 90 games available on Android, just one, Halo, appears on the iPhone test version. Redmond, Washington-based Microsoft and Mountain View, California-based Google declined to comment.

Apple has a rule that kills most rivals from being offered on the App Store. The rule states that "games offered in a game subscription must be owned or exclusively licensed by the developer." That means that Microsoft’s iOS service can offer Halo because Microsoft produces that game, but not Ace Combat from Bandai Namco. This restriction prevents game developers from being able to work with game partners already on other platforms.

Apple's response is that "The App Store was created to be a safe and trusted place for customers to discover and download apps, and a great business opportunity for all developers. Before they go on our store, all apps are reviewed against the same set of guidelines that are intended to protect customers and provide a fair and level playing field to developers."

Whether Apple's restrictions raise antitrust issues is another matter, though following the EU antitrust actions of the past would strongly suggest that with enough complaints made to the EU, a probe into Apple's gaming service is almost assured. In fact, a single complaint from a gaming house in Europe would be enough to open an investigation by the EU just as one complaint by Spotify against Apple opened an investigation.

Read the full Bloomberg report that provides a lot more details and examples worth noting if this topic is of interest to you.

In March 2019 Patently Apple posted a report titled " If President, Elizabeth Warren will Force Apple to Choose between running their Platform or Store, but not Both." While Warren is out of the race for 2020 as a Presidential candidate, it's been strongly suggested that Warren could still be in the race for VP which could bring this issue back into the spotlight if she's chosen.