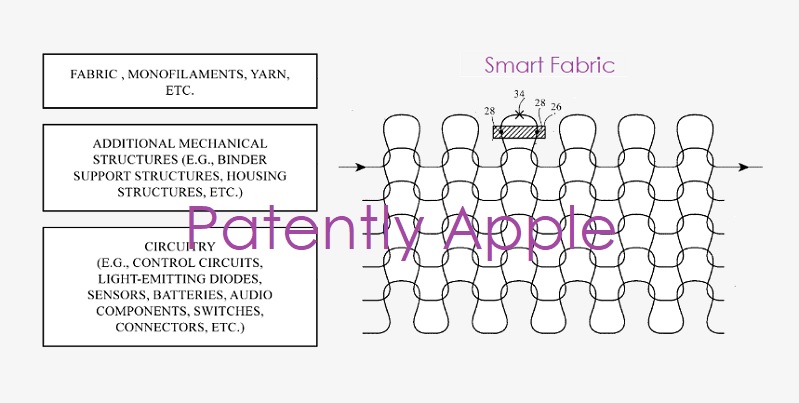 The U.S. Patent and Trademark Office officially published a series of 66 newly granted patents for Apple Inc. today. In this particular report we briefly cover a series of granted patents cover smart fabrics, Memoji creation, Apple Watch and personal area network communication for wearable devices that Apple acquired from Intel. As always, we wrap up this week's granted patent report with our traditional listing of the remaining granted patents that were issued to Apple today.

Apple's patent FIG. 1 below is a schematic diagram of an illustrative fabric-based item; FIG. 2 is a top view of illustrative knitted fabric of the type that may be provided with electrical components. 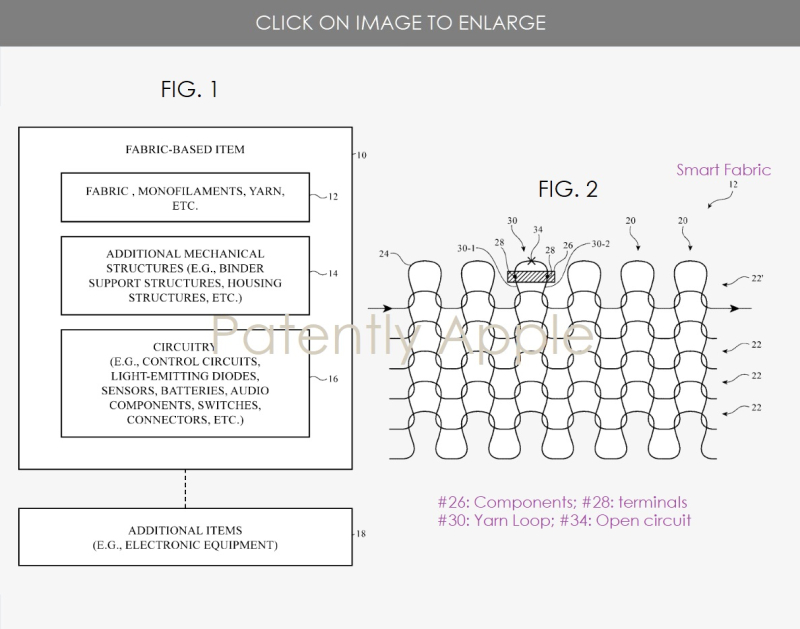 Smart fabrics will eventually allow surfaces on a fabric to provide users with control features like increase/decrease volume of your music and so forth on a sleeve of a jacket.

In this granted patent, the focus is on the creation of smart fabrics that could eventually be used in an electronic device or an accessory for an electronic device such as a MacBook, a computer monitor containing an embedded computer, an iPad, an iPhone, an Apple Watch,  a pendant device, a headphone or earpiece device, a device embedded in eyeglasses or other equipment worn on a user's head, or other wearable or miniature device, a television, a computer display that does not contain an embedded computer, a gaming device, a navigation device, an embedded system such as a system in which fabric-based item #10 is mounted in a kiosk, in an automobile, airplane, or other vehicle, other electronic equipment, or equipment that implements the functionality of two or more of these devices.

Apple's granted patent 10,577,732 was originally filed in Q1 2017 and published today by the US Patent and Trademark Office. 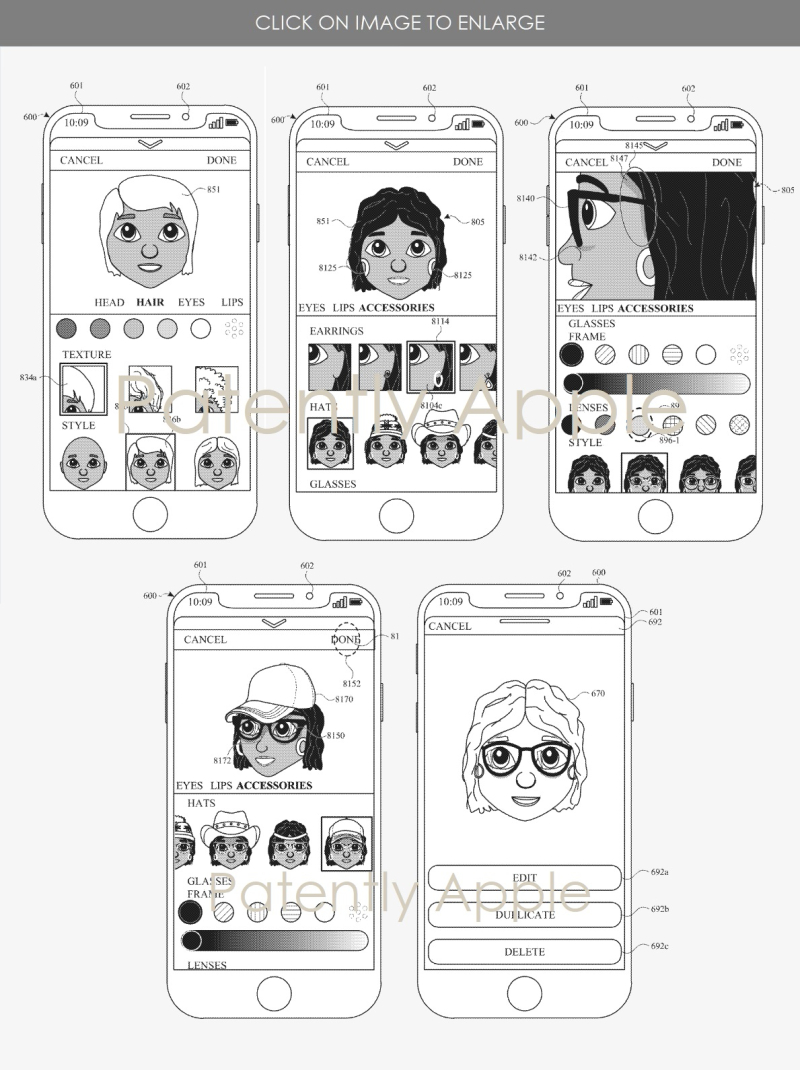 Apple's granted patent 10,580,221 was originally filed in Q3 2028 and published today by the US Patent and Trademark Office. This patent is an extremely detailed patent and for those wanting to review this patent click here.

A few other Granted Patents of Interest

Other granted patents of interest include an Apple Watch patent titled "Rotatable input mechanism having adjustable output" and one that Apple acquired from Intel titled "Personal area network communication for wearable devices." 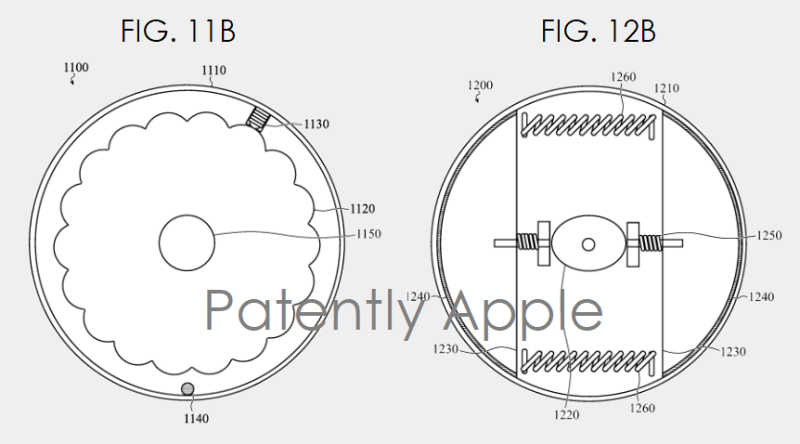 It's interesting that Apple's engineering teams chose to illustrate Apple Watch in this granted patent with a circular interface. Though considering that it's not a design patent, we can't hold Apple to that design. 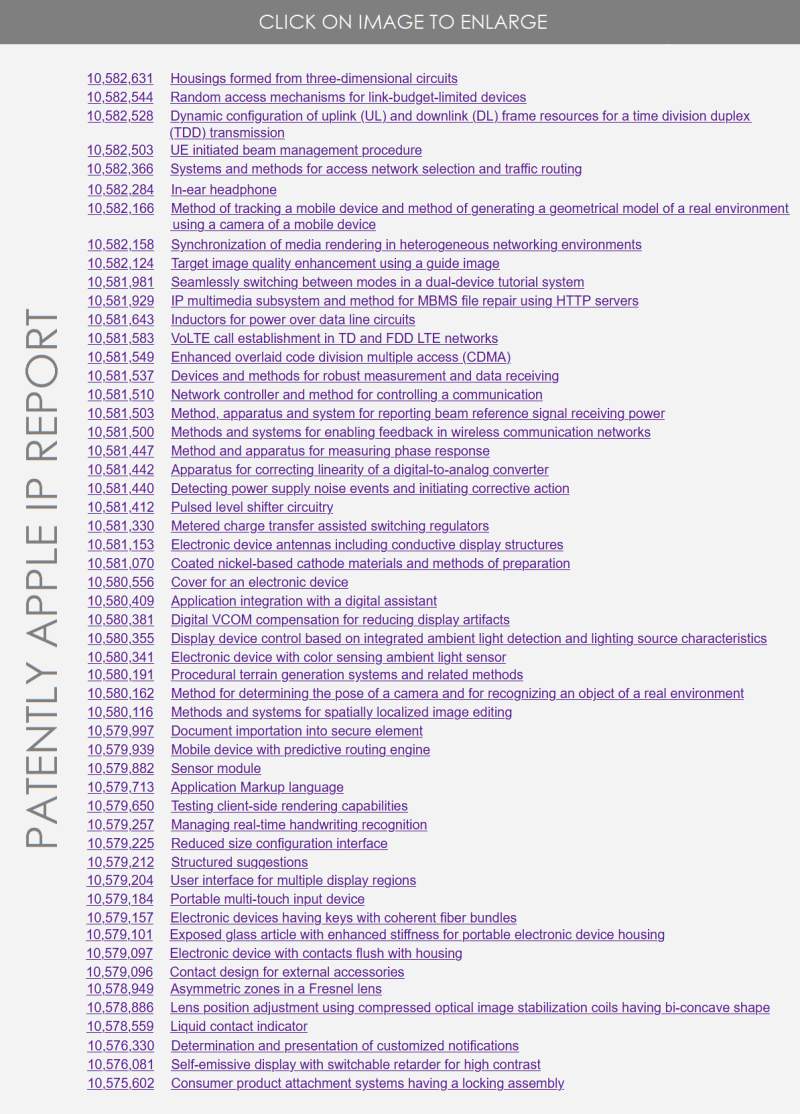